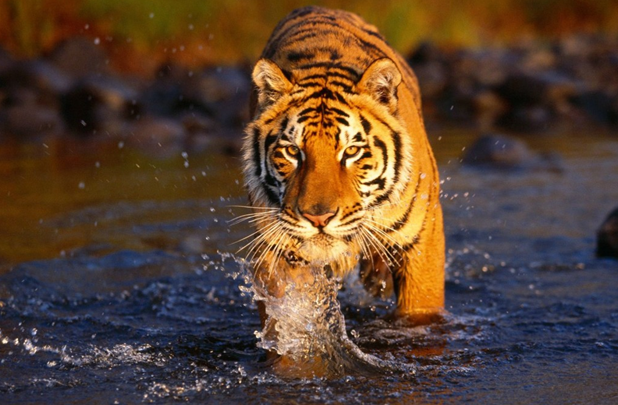 The sixth mass extinction of wildlife is well underway.  Right now, a third of all wild creatures on our planet are endangered.  Every twelve months 100,000 pangolins are slaughtered to satisfy the erroneous belief that their scales can somehow cure a variety of ills.

Over the same period an estimated 30,000 African elephants are murdered, their tusks removed and illegally traded for weapons and drugs.  Rhinos, tigers, bears and lions are systemically decimated for their horns, bones and body parts – the list goes on and on.

Now in the 21st century, technology is the progressive jackpot of wildlife conservation.  It’s a powerful tool that’s constantly evolving in terms of flexibility, intelligence, innovation and application.

Artificial intelligence, machine learning, big data, biometric scanning, drones and thermal imaging are weapons that are increasingly being deployed in the global war against poaching.

Let’s take a brief look at a few of the high-tech game changers that are making a positive impact on wildlife conservation:

Artificial intelligence is the backbone of smart tech innovations that are being deployed in a multiple locations around the world.  In South Africa AI is being used to assess past behavioural patterns of rhino and elephant poachers and overlaying it with new poaching activity, so as to generate optimal patrolling strategies for rangers.

By using a combination of machine learning and cognitive analysis, conservationists are able to accurately predict where the next poaching event will take place.  Key data sets like animal density, weather conditions, existing patrol routes and poaching data from past crime events are analysed more quickly and efficiently than ever before to provide solutions in real-time.

Apart from determining when and where future poaching will take place, the analysed data recommends an optimal patrolling system to deal with the predicted threat.

A Complete Wildlife Assessment in 48 Hours

In Kenya an AI-based software program is being used to boost the conservation of the reticulated giraffe, a species that’s declined by an estimated 70 percent in just three decades.  In order to develop an effective conservation strategy, the animals’ numbers, movements and natural habitat have to be assessed.

Enter Wildbook, an app that identifies individual giraffe according to their unique coat patters, shape of the ears or size and shape of their flukes.  In just two days the entire population was identified and photographed and the images uploaded onto a centralised data base, together with crucial location data.

With artificial intelligence in the mix a complete wildlife assessment that usually takes a month or more was achieved over a single weekend!

In the Pacific Northwest A1 is being used in conjunction with DNA profiling and camera trap technology to monitor endangered carnivores like bears, wolves, cougars and mountain lions.

Machine learning algorithms with the capabilities to rapidly sort through huge data sets of photographs and automatically differentiate between viable images and false movement-induced images are saving researchers and conservationists time, money and effort – resources that can be better utilised elsewhere.

In Africa remote infra-red cameras are now capable of recording hours of video and capturing thousands of heat-generated images of animals and poachers.  The images are then automatically sent to the cloud where they are analysed in near real-time.

According to the results of the data analysis, drones and foot, dog and vehicle patrols are deployed to track and monitor people illegally entering wildlife conservation areas.  In addition to thermal imaging, vehicle tracking, audio and seismic sensors are now at the forefront of identifying and tracking poachers across all terrain.

The Next Step: Forensic DNA Sequencing

The rapid collection and analysis of data and real-time tracking of the people committing wildlife crimes are two crucial interventions enabled by technology.  However, the crucial missing link is the forensic evidence that’s required to charge poachers and hopefully put them behind bars.

Conservationists are now trying to find ways to scientifically link wildlife poachers with their crimes… in the field.  Up until now it’s been virtually impossible to link a blood stained panga to the death and de-horning of a particular rhino or a lump of bloody bush meat to an endangered species.

By using DNA sequencing technology at the scene of the crime, conservationists are hoping to find concrete proof that’ll stand up in a court of law.  What’s required is a portable DNA sequencing tool that can identify the unique genomes or genetic coding of a particular animal from a sample collected from the panga or bush meat.

Before DNA sequencing can become the all-powerful weapon conservationists believe it can be, the DNA of every species of plant and animal has to be collected.  Fortunately, a project to do exactly that has been underway since November 2018.  The so-called Earth BioGenome Project is an ambitious effort aimed at sequencing 1.35 million species.

With the right kind of sequencing tools and instant access to the genome data sets, authorities will be able to rapidly identify the species of origin in-loco and use that information to put poachers where they belong… in a prison cell!