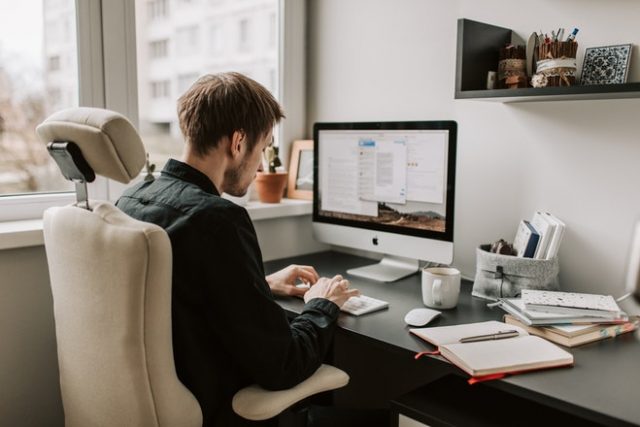 Technology has come a long way in the past century; one of the devices that changed our lives forever is the computer. It is impossible to imagine a life with computers. The truth is that our lives depend on them.

One thing is for sure; this world is for the tech-savvy, and one must have a computer to exist in it. The market for computers is filled with brands vying to entice the consumer by offering unique value propositions.

If you are on the lookout for the best computer, you have come to the right place. This post takes a close look at the top computer companies in the world in 2023. The following brands have taken the world by a storm.

Apple is easily the most famous computer company in the world. It is a company that has inspired students, businesses, gamers, and just about everyone. The American multinational has its headquarters in Cupertino, California.

In addition to computers, Apple also designs and develops consumer electronics and hardware products. It is also a software company as it has managed to create a unique user interface that has attracted people in the millions.

The Mac line of computers and the iPhone smartphone need no introduction. They have redefined how we use computers. Founded by Steve Jobs, Steve Wozniak, and Ronald Wayne, Apple continues to reinvent itself each year by introducing new products.

Today, Apple has become the most valuable computer company in the world. It is highly profitable and a major innovator.

Another popular computer company that has made it to our list is HP. It is an American multinational that has its headquarters in Palo Alto, California. HP offers computers, software, hardware, and services to the masses.

Founded by Bill Hewlett and Dave Packard, HP has come a long way. Walt Disney was one of their first customers.  The company initially provided audio oscillators and similar equipment when it first launched in 1939. Then, it entered the computer market in 1966. The rest is history.

If you are looking for variety and affordability, then HP is the right choice. It offers computers in multiple price ranges to cater to the need of multiple demographics.

Dell is a company that is trusted worldwide. It is also an American multinational that is based in Texas. It sells computers, hardware, and services. Michael Dell is the founder of the company.

As one of the biggest tech corporations on Earth, it has produced some of the best computers out there. A great thing about Dell is that it never disappoints when it comes to performance. Every Dell computer is highly durable and does not experience any issues.

Most developers, designers, and professionals prefer Dell over other computers. Some say that Dell is the computer of choice for IT professionals.

Lenovo is an excellent computer company that is ranked at the top each year.

The Chinese multinational has headquarters in both China and the United States of America. It develops, designs, manufactures and sells computers, tablet computers, smart televisions, smartphones, and software.

There is no stopping Lenovo as it continues to sell a huge amount of computer units. The company is known for its affordability. If you are looking for a cost-effective computer, you can shop for one from Lenovo.

Asus is also an amazing computer brand. The Taiwanese multinational has headquarters in Taipei, Taiwan. It is the leading computer hardware and electronics company that you need to learn more about.

The company continues to grow. It continues to target heavy users such as developers and gamers. If you are looking for a powerful computer, you cannot go wrong with an Acer computer. It is designed to perform at its best.

A company that had to be included in the list is Toshiba. The Japanese company truly knows how to innovate and elevate. With headquarters in Tokyo, Japan, the company offers a wide range of products and services.

Computers produced by Toshiba are known for their durability. When you purchase a Toshiba computer or laptop, it will last a long time. Moreover, their computers are a great option for heavy users.

Samsung is a world-famous brand. It produces amazing computers, laptops, smartphones, tablets, household appliances, and many other products. The South Korean multinational has headquarters in Seoul, South Korea.

The Samsung brand is instantly recognizable. Anyone that uses a Samsung computer knows that it is reliable. You can never go wrong with Samsung. It is the perfect brand to shop for a computer.

LG is a company that has been offering electronic products for a long time. The South Korean multinational caters to a diverse customer base. It continues to produce new products. Hence, you can expect to shop for amazing computers and laptops from LG.

Starting as an electronics manufacturer, the company went on to provide telecom products and chemicals. It has various subsidiaries that help the South Korean economy.

Finally, keeping the oldest company for the last, Sony is a company that requires no introduction. The Japanese multinational has headquarters in Tokyo, Japan. It provides electronics, entertainment, games, and financial services.

When it comes to electronic products, Sony is the leading manufacturer. It is a Fortune Global 500 company that has introduced some of the best products, such as the PlayStation, which catapulted it to new heights.

Once you have finished reading this post, you will know the top 10 computer companies in the world in 2021. There is no stopping these companies. You can shop for a computer from any of these companies as they are all trustworthy.

Choosing a computer brand to purchase your next computer is not easy. This is why it is a good idea to read this post.