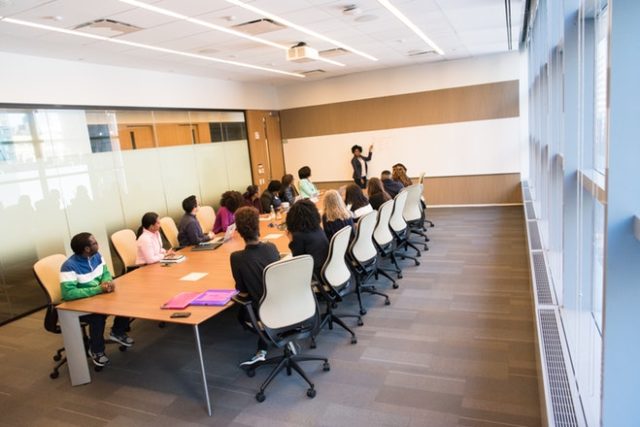 Office meetings are often seen as a waste of time by employees, especially when the issue discussed doesn’t concern their area of work. Sometimes, they lack focus and while often necessary, fail to have the impact that they potentially could have.

It’s crucial to put both time and effort into running effective meetings in the office. Otherwise, the lack of specificity about the goals and upcoming actions relating to them will be telling in the results that the team achieves.

How to Run a More Effective Office Meetings

Here are some helpful tips for running better office meetings that are both effective and productive.

It’s important to plan for different meetings that will be required. Some are regularly necessary to stay on top of situations, others serve as a good reminder of what’s expected, and a few are ad hoc.

Be sure to create a topic calendar for your management to make it clear what each scheduled meeting will be about. By doing so, the attendees will have a general idea about its purpose and attend with that idea in mind. It also allows relevant people to research some facts or prepare in other ways before the day.

2Set the Meeting Up Properly

Next, you’ll want to determine a meeting time that’s suitable for the people who’ll be attending. You should also design it so that one topic naturally flows to the next. Include the meeting agenda, the start and end times, and the people who will be in attendance. Plan how long will be needed to discuss each point on the agenda with space in between to clear up any final points.

Also, ensure that there are enough seats and that everyone can see the display screen or place where ideas will be sketched out. There should be no obscured views.

Some people may arrive late, but avoid starting the meeting late because of stragglers. So, make it a rule to proceed without them if they are not all present. This avoids meetings running over the agreed end time and places the emphasis where it needs to be.

Pull up anyone who arrives late to make a point of it. Don’t accept excuses for arriving late to meetings as it’s disrespectful to the other people present. Perhaps even consider refusing entry to the meeting room after the allotted time.

While some people with back problems or other health issues may not find standing for a long period of time to be comfortable, consider standing only meetings for the people who can do so.

When the default is to stand, then meetings don’t tend to drag on. People are far more likely to get to the point sooner and with greater clarity.

Meeting together to brainstorm with fresh ideas is beneficial for companies to think outside the box. It’s possible to reach conclusions about the next steps based on a list of initial ideas, although this isn’t always the stated purpose. For decision making meetings, the idea is to discuss and agree on a way forward. Decisions should be made about the next actions following the meeting. This way, progress is achieved.

As a last pointer, you’ll want to take control of the meeting to avoid one person’s strong opinions dictating the flow. Also, try to avoid repeating the same points; this wastes time and leaves too little leeway to discuss other points on the agenda. With these tips in mind, your meetings should start to become more efficient and staff will begin to take them seriously.