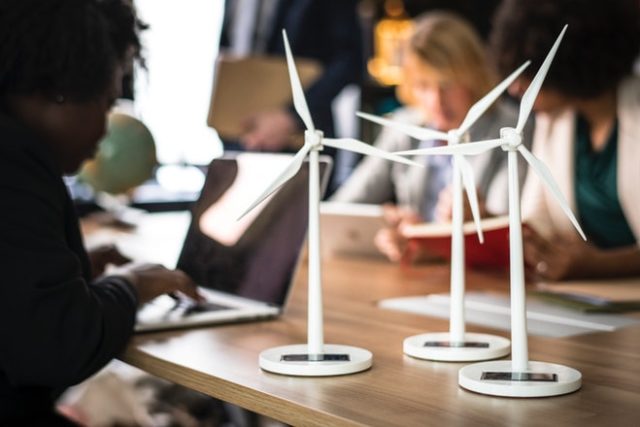 You’ve probably heard the words sustainable living, renewable resources, eco-friendly, and other variations of these terms. None of these phrases are new, but many of them are becoming buzzwords because there is an increased awareness of what we need to do to protect and repair our environment. You’re going to start hearing them in a lot of everyday conversations.

This article will help provide you a better understanding of what is meant when someone refers to a renewable resource or a renewable material.

Definition of a renewable material

Most of the time, people immediately think of energy sources when they hear the term renewable. While they aren’t wrong, the term “renewable material” refers to any material or resource that doesn’t run out and that can be manufactured in a timely manner. So while the term does indeed refer to energy sources, it also refers to other materials that can be used repeatedly and replaced naturally.

Wood was the most popular source for heating, lighting, and cooking until the mid-1800s, at which point fossil fuels increased in popularity. Now, renewable energy sources are increasing in popularity.

Each of these sources has a number of benefits, however, they each come with some limitations as well. For example, the benefit of solar power is that it doesn’t release harmful gasses into the atmosphere. A limitation of solar power is that sunlight isn’t a constant source of energy – factors such as weather conditions or time of year could limit the amount of sunlight that can be collected.

There are so many natural materials out there that can be safely harvested without hurting the environment and then regrown. One of the most popular renewable materials is bamboo. This is because bamboo is fast growing, easy to transport, and has strong natural fibers. It can be used in construction materials, textiles, furniture, musical instruments, and more. Bamboo is one of the fastest growing plants on the earth, so it is easy to regrow after it is chopped down.

Metal as a renewable material

Renewable materials like aluminium and steel can be used as a construction material. Metal materials tend to be long-lasting because they’re strong enough to withstand natural disasters and resistant to wear caused by termites, fire, and water. There is some debate on whether metal can count as a renewable material. While there is no doubt that it is sustainable, some claim that it cannot be considered a renewable material because of the amount of time and energy it takes to produce these materials. However, others claim that because these materials are naturally occurring and can essentially be used forever (aluminum and steel can both be melted down and reused), they are considered renewable.

Plastic as a renewable material