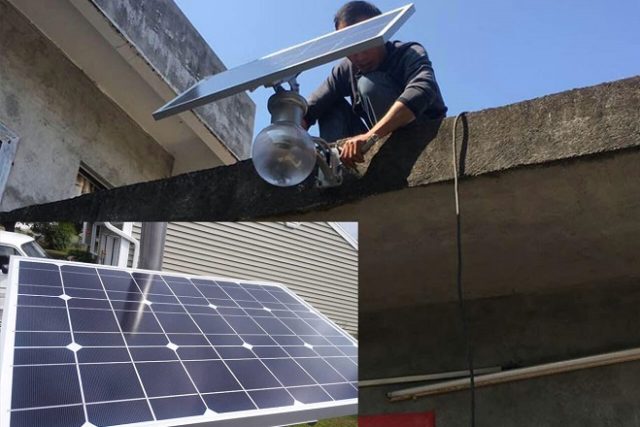 For a time, solar lighting wasn’t taken seriously as an option. This was because solar cells were bulky. They had to be that way to be as efficient as fossil fuels. However, technology has grown since then. It’s improved, gotten more polished. Solar power has achieved parity with fossil fuels. Smaller panels are now just as efficient at charging and powering devices as their more conventional counterparts. So it’s time to take a serious look at solar lighting.

The question, though, is whether or not solar lights are the more economical option. Price is always going to be a factor in these discussions because municipal governments have limited budgets. Which of the two is the better option?

Upfront, solar seems like it should be more expensive. The installation cost is high, and the light itself will add more to that. This is what worries many who would otherwise change their lights to a solar smart setup. There’s no denying that the upfront cost of a solar light installation can go as high as 50% more than the price of a traditional fixture.

However, ask anyone who knows about estimating values and they’ll tell you what something is worth isn’t always the same as what it costs. There are other factors to be considered here, not just the numbers you see on the invoice. When it comes to solar smart lights, the long-term is always going to be a consideration.

Traditional lights rely on the electrical grid. They need to get their power from it, and that means the maintenance and power costs will vary based on numerous factors. These factors will by and large be outside of a government’s ability to control. For instance, the price of oil or any mishaps that occur in crucial power-generating installations. This energy dependence can make the cost of keeping the lights prone to fluctuate over time.

In contrast, something like a Bluesmart solar light draws power from the sun. On a clear day, it takes only a few hours for it to charge an internal battery that will last through the night. When the sun rises again, it just recharges. The best batteries out there can store enough power to last anywhere from three to five days without a full solar recharge. They don’t need to hook up to the electrical grid. This means no paying for the cost of keeping them running.

One of the main problems with ordinary lights is that they’re either on or they’re off. This can drive up power costs, keeping them lit through the night even when there’s no one around to benefit from it. While the light could act as a deterrent to crime, the costs might outweigh the benefits in the minds of a city planner.

Smart lights can help mitigate that issue. These are lights equipped with motion sensors and simple internal controls. What these do is they detect whenever someone is moving into the “range” of the light, informing them when to turn on. When that person leaves the range, the lights switch off. This saves on the amount of power the lights draw from the grid.

If you go with solar lights, the benefits become even more pronounced. There is no longer a grid to draw from, but instead the internal battery of the street light. It prolongs the charge stored, reducing the need of the panels to draw power from the sun come daylight.

Installation is more expensive, according to the popular perception. This is partly true if an existing light is going to be replaced. When removing a traditional light, you aren’t just taking out the existing fixture. There is trenching involved, as well as taking out the wiring. You need to disconnect it from the grid entirely if you’re installing a solar light. This is what makes the fees increase because all of that work isn’t going to happen for free and will usually take time.

Installing a solar light in an area without an existing traditional fixture to replace is cheaper. You don’t need to pay for the time, materials, and effort needed to retrench and rewire. The light is completely off the grid and stands independently. You still need to give it a firm vertical base so it doesn’t fall over, but otherwise, it is much less work-intensive.

Maintenance costs are about equal, however. On a per-light basis, the cost of keeping a traditional light versus a solar light in good condition is about the same. If they’re both smart lights, the costs are also comparable.

Are solar smart lights the economical option now? In terms of long-term costs, yes. The numbers are overwhelmingly in favor of them. They’re just as efficient and can save more money in the long run by cutting out various associated fees. Yes, the upfront price is higher, but the light pays for itself soon enough.