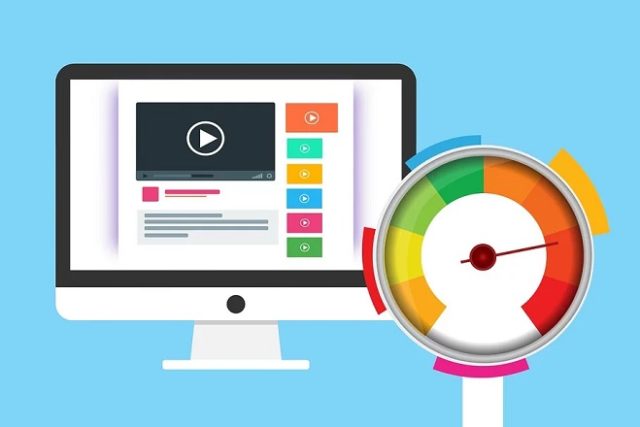 Slow internet; it’s so frustrating, isn’t it? We’ve all been there – you’re curled up under a blanket on the sofa, about to stream your favourite feel-good movie, then suddenly you’re faced with an infuriating spinning circle that just won’t budge. You try restarting the video but it’s no use, it just won’t load. If this sounds like an all-too-familiar scenario for you, you might be having trouble with your broadband speeds. This isn’t an uncommon issue and luckily there are a few tricks that you can try to help boost your speeds to the limit of what they’re capable of – read on to find out how to get the most out of your broadband!

Upgrading your router is one of the most direct ways to boost struggling broadband speeds. The signals emitted by your router may not be strong enough to securely and effectively access the internet, so stronger signals given out by a more powerful router may be able to improve the speeds that you’re seeing across your home.

Something that can have a huge impact on broadband speeds is interference from other devices, as the waves that they give off can block and disturb the signal that your router is trying to put out – the best way to tackle this is to strategically place your router so that it’s in the optimum position within your home. Appliances that you need to look out for include:

Try placing your router higher up in the room on a shelf or cabinet to keep it away from these disruptive appliances!

If your wireless broadband speed just isn’t cutting it, you could try a direct-wired connection between your device and your router – this cuts out speed lost when connecting wirelessly, maximising the speed that you can get. Whilst it might be a messy solution when trying to venture further afield than the room the router is located in, this simple change can have huge impacts on the speeds that you receive, so it’s worth the risk if other options haven’t worked out.

If these other tips still aren’t working, it could be a case of being with a provider he simply can’t offer you the speeds that you need. If you’re intending on streaming video, gaming, downloading, or heavy browsing, super fast fibre broadband is your best bet – the speeds are incredible when compared to standard broadband packages, opening up the possibilities to do so much more on the internet.

Streaming your favourite shows in Full HD is now a real possibility, allowing you to seamlessly binge series after series of the top box-sets, whilst relaxing with a good film is a breeze, with no irritating buffer signals getting in your way! Zen Internet provides reliable and affordable super fast broadband across the UK, so be sure to check if their services are available in your area if you’re looking to switch; they also offer a lifetime price guarantee that saves you from frightening mid-contract price hikes!

Improving your broadband speeds isn’t an exact science and it’s going to take a bit of trial and error to get right, but by implementing the above changes, you should be able to get a little bit more out of your existing broadband package. Every broadband package will have its limitations, so if it’s the max speeds that are causing you problems, it might be time to upgrade to a more expansive package that can offer you faster guaranteed speeds.