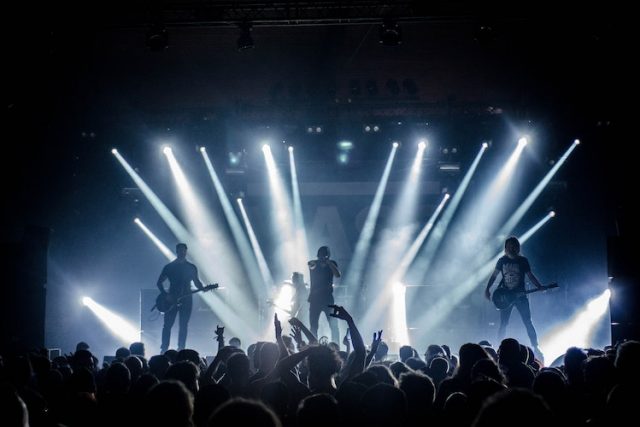 The rock and metal world is known for many things, some of which are not so positive. But two things that are making it so exciting are the fantastic music and the band’s longevity.

Luckily for you, many of the legendary and old rock bands are still touring all across the globe. Of course, some stopped after a few decades, such as Led Zeppelin or Pink Floyd, although everyone is still hoping for some reunion.

Be as it may, you can still buy tickets for many legendary rock bands to attend live concerts with your best friends and witness greatness.

However, you have to choose which ones suit your taste the best, so let’s begin our journey.

There’s no need to explain why a Rolling Stones concert is a must. They are one of the greatest rock bands of all time, and even though they have been around since 1962, they are still rocking the stage all over the world.

Unfortunately, legendary drummer Charlie Watts passed away recently, but the other three musketeers – Keith Richards, Mick Jagger, and Ronnie Wood are still playing. There is nothing similar to the Stones, not in terms of music style, but certainly in terms of stage presence, beautiful songs, rock stardom, appearance, and musical quality.

Something more on the hard rock side, AC/DC also had some difficult times throughout their musical career, as every band has, but they are still part of the rock ‘n’ roll game.

The Australian rock Gods from Sydney have been playing in various countries all across the world since 1973. Many members have been part of the band, so much so that even Axl Rose from Guns N’ Roses was a replacement singer for some time.

Nevertheless, they have always been at the top of their game.

Black Sabbath is, unfortunately, also a band such as Zeppelin and Floyd that isn’t together anymore.

However, their legendary front man Ozzy Osbourne is still active, whose forceful presence is incredibly magnetic. Of course, he and his friends from Black Sabbath made many reunions, but they are not active at the moment. Still, hints for a 2022 tour have also been seen in the press.

Anyway, the essential thing is that Ozzy is still active, and you have the privilege to buy Ozzy Osbourne tickets to see him perform live. He may not be able to play different types of instruments, but he most definitely is one of the best front men ever.

Yet another legendary band for which you can still buy concert tickets is Iron Maiden.

This British heavy metal band has transformed this type of music and inspired many rock bands to come. The incredible singing voice of Bruce Dickinson, along with the fantastic instrument playing of the other band members, has made Maiden a band for the ages.

There isn’t a person, especially not among music lovers, that doesn’t know about Iron Maiden or at least one of their many songs. The style, the music, the stage appearance, and everything in between makes Iron Maiden one of the best music bands of all time.

The Who is undoubtedly a band that knows what showmanship is since they have sometimes gone to extremes to entertain themselves and the audience. These English musicians began their musical journey back in 1964, and even though they had many pauses and hiatuses along the way, they still perform every time they can.

The Who’s discography has sold more than 100 million records worldwide, and even more importantly, they contributed to developing the large PA systems, Marshall Stack, and many other playing techniques.

The year 1970 is when Queen began its musical adventure. Rightfully considered one of the best British and worldwide rock bands, they tragically lost the fantastic singer Freddie Mercury, who was also an excellent piano player.

As for the other three members, John Deacon, the bass player, didn’t play for too long after the death of Freddie, and he retired back in 1997. However, guitarist Brian May and drummer Roger Taylor continue to fill stadiums, and they have been touring with Adam Lambert as their singer.

Even though they had a bit more hardcore rock sound initially, their music changed to more arena rock and pop rock styles. Nevertheless, the Queen has made some of the biggest rock hits ever.

Yes, they aren’t from the same generations as the previously mentioned bands but are also legendary.

Metallica began a bit later, back in 1981, and all of the bands above have influenced them.

When people think of Metallica, they first think of Lars Ulrich and James Hetfield as one of the most iconic duos in the world of music. Then comes the fantastic guitarist Kirk Hammett, who has been with the band since 1983. And last but not least, the bass player Robert Trujillo who is a member of the Metallica family since 2003.

Music is not a competition, and it shouldn’t be, but it is fair to say that Metallica is still the best band in the world or at least the most popular one. In fact, Metallica played in Antarctica, which makes them the only band ever to play on all continents.

Last on the list, but equally important, Alice in Chains is even a newer band than Metallica. Nevertheless, they have been around for a long time, since 1987, and they are also fantastic.

The current lineup is Jerry Cantrell on guitar, Sean Kinney on drums, Mike Inez on bass, and Willam DuVall as a singer. Mike Starr used to be their bassist, but he is unfortunately also on the list of excellent musicians that are no longer with us. Furthermore, no one can indeed replace a singer like Layne Staley, but to his credit, DuVall is doing a great job considering the shoes he had to fill.

Layne also passed away young, but even though he had a short career, he is most certainly one of the best vocalists in rock music and in general.

And we have come to the end of our musical journey, so make sure to pick a band and buy concert tickets as soon as possible since all these rock bands sell out tickets in a matter of minutes. Or why not try to see all of them when you get the chance? It’s a great way to make beautiful memories with your friends!