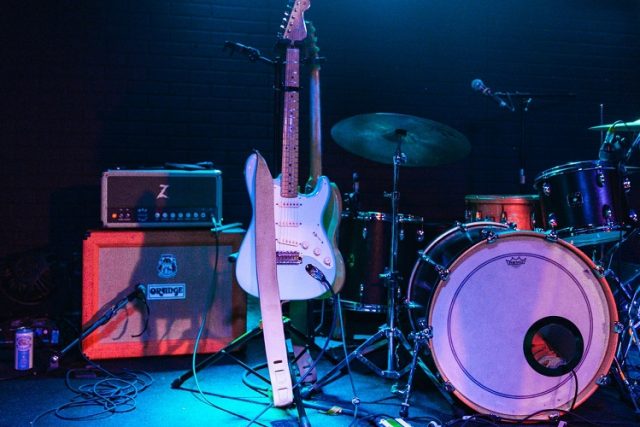 Soothing musical tune during a summer evening or the winter cold nights, warming sounds while sipping your hot chocolate, anything would turn into a beautiful memory. Any part of music played with passion has the power to calm your mind and soothe your soul. If you are an instrumental music lover, you will enjoy reading about different types of musical instruments.

The instruments consist of strings that produce vibrant sounds when played with different pitches. The pitches are certainly dependent on the length of the air column inside the instruments. The pitch is also dependent on the thickness of the strings. The strings are usually made of metal, silk, or fiber that is obtained from the vegetables or can be composed of artificial materials like nylon or plastic very often. With the chamber box, the amplifying sound can be enhanced and produced from vibrating strings.

A Guitar is a very common string instrument, relatively more straightforward than other categories. It is primarily played by plucking or vibrating the strings. Its body is composed of the soundboard, headstock and strings, usually made of wood or plastic and the strings are nylon or steel.

Guitars have a wide classification based on how they are made and what kind of music they produce. Traditionally, guitars have a hollow body inside that makes the sound louder, creates better vibrations and improves quality.

The sound produced creates the fullness in sound with the number of increased strings in each type of guitar.

Violin is another common category of string instruments, often referred to as fiddles. Violins have a hollow body that ensures fullness in quality sound.  It is mainly made of wood. As it is the smallest member in its string family, this has the highest pitch. It is divided into two categories; one plays the melodies and the other shifts between melody and harmony.

This musical instrument stands out from the rest. Stands tall at about 6 feet. It has a sharp body like the number 7 and has 47 strings of different lengths. Harps play both melody and harmony. Each of the 47 strings has different sounds with 7 foot-pedals at the bottom to play at different pitches.

Viola is considered senior to the violin. It is larger and has thicker strings that produce a warmer and richer sound. It is played in the same way as the violin.

Cello may look similar to Viola or the Violin but it is 4 feet long. Its strings are pretty thick. Cello is said to have a sound very close to the human voice. It produces multiple tones, from warm and low pitch to bright higher tones.

The double bass is the grandfather of string instruments. It is 6 feet long and the longest instrument in the whole family. It is perfect in the case of playing very low notes.

Wind musical instruments are present in a vast variety that can be seen around the world. Some renowned instruments are flute, piccolo, oboe, harmonica, bagpipe, English horn, shehnai, saxophone, bassoon, shakuhachi and clarinet.

The flute has been an old family member of musical instruments. This was used as means of producing high-pitched sounds. Initially, this was built with wood and hollow reeds like bamboo, stone, or clay. Meanwhile today, flutes are made with materials like silver, gold and platinum.

Your fingers play an important role in altering pitches and are used to open and close the keys.

This instrument looks like a two-foot-long black cylinder that has metal keys covering its holes. As you blow through the double reed, mouthpiece in oboe, the instrument vibrates. From hauntingly beautiful to velvety soothing notes, the oboe is capable of making the whole experience a memorable one.

English horn and oboe are quite similar musical instruments. Only that English horn’s tube is a bit longer than that of the oboe. That is making bit different notes, but mostly similar.

The clarinet is often mistaken for the oboe, except for its mouthpiece that has a single reed. Often clarinetist is required to play several types of clarinet in the same piece. The clarinets are responsible for playing both melody and harmony, which means they have rich dark sounds in the lower notes and bright sounds in the upper notes. The clarinet is played as same as the oboe.

This is a long pipe made of wood and doubled in half. There is a bend in its structure that makes it easier to play. It has a similar mouthpiece as the oboe and uses a double reed that is attached to a curved metal. The instrument usually plays the lower harmony notes but its hollow notes are often featured as melody. The bassoon is played similarly to Oboe.

This musical instrument is played by stretching a membrane that vibrates and produces a beat or sound.

Some of its examples are Tabla and Drums.

It’s a pair of small drums, played with the right hand. Generally, found in Asian countries, referred to individually and produces high-pitched sound. It is about 25 cm in height and 15 cm across. Skin tension is maintained by thong lacings and wooden dowels that are tapped with hammering.

This includes a drum or a set of drums. A collection of small or large drums arranged on stands to be played by a single man. The drum sticks are held in their hands to hit the drums. Each drum varies in size and produces different sounds with different notes. On the other side, the feet operate the pedals to operate the Cymbals.

This produces sound on the vibration of thick plates. These are the largest sound makers. And are made of steel or bronze.

Some of its examples are Cymbals and Jal-Tarang.

Cymbals create the highest noise in the entire orchestra. These consist of two big metal plates, made with bronze. These come in a variety of sizes but, the larger the cymbal lowers the sound it produces. Cymbals are often played to create a drama or excitement and create delicate sound effects. These are played by hitting one plate against another using sticks or brushes.

Jaltarang is a very old and unique style of playing music. Jal-Tarang means ‘waves in water’. It creates sound with the help of a set of different bowls, and the material is either porcelain, china or bronze. The musician fills the bowls with water and gently strikes the edge of the bowl to produce a different sound.

Hence, electric instruments are better than the other traditional instruments in usability and in means of learning as well. They produce a piece of more melodious music.

A Guide on Wilderness Survival