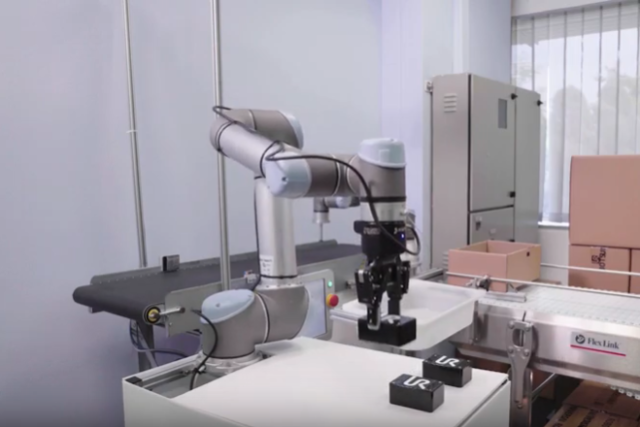 Warehouse management has changed a lot in the last few years. Running a successful warehouse a few decades ago was a nightmare. You would need to hire dozens of workers and managers to run your warehouse successfully. But nowadays things are changing for the better. Humans and robots can now together in every step of warehousing.

Robots have made managing a warehouse easy by improving efficiency, reducing labour costs, and expediting movement of goods in the warehouse. Use of robots in warehouses has also led to the reduction of workplace-related injuries, and now human resources can focus on more complex tasks.

Industries that Can Benefit from Warehouse Robots

Robots are nowadays used in nearly all industries. However, some industries rely on robots more than others. The increased demand for warehouse robots is driven by the need for improved quality and reliability and the ever-growing e-commerce industry. Also, funding by venture capitalists to robot manufacturers has led to the increased adoption of robotics by small and medium-sized enterprises.

The automotive industry has greatly benefited by the production of robots which are mainly used in the spare parts sector. A single robot can be used to handle heavy spare parts, which would need more than one individual to handle. Automotive industry players that have adopted the use of robots are reaping the benefits of reduced labour cost and overall improvement of their businesses.

Other industries that can benefit from the use of warehouse robots include:

Tasks Performed by Robots in a Warehouse

The robotics industry is changing at a fast rate. Some of the latest warehouse robots can perform the most complex tasks. We also have robots that can be used to perform daily warehouse tasks such as:

A few decades ago, loading and unloading in a warehouse were done manually. It was labour intensive, slow, and costly. With time, forklifts and pallet trucks made it easy to load and unload items in a warehouse. But nowadays things are even better. Automated Guided Vehicles, also known as AGVs such as forklifts are helping in speeding up these tasks.

We still have a long way to go before we realize fully automated loading and unloading in warehouses, but these AGVs have made warehouse management easy. A robot can help in removing pallets from trailers and placing them on systems where they are transported in other areas of the warehouse.

Sorting is among the most important yet tedious tasks in a warehouse. Most of the warehouses depend on human labour to classify their products because the process is a complex one to automate. However, we now have sophisticated robots that can be used to sort products and place them where they are required. Robots used in sorting items helps in speeding up the process, increasing efficiency, and reducing the number of touches.

The packaging is among the most labour-intensive functions in a warehouse. If you are packing your products manually, you may consider automating the packing process to speed up the process, increase efficiency and cut on labour costs. Packaging systems that can be used to stream packaging process in a warehouse include bagging machines and cartonization machines.

Robots can also be used to ease the storage and retrieval of items in a warehouse. Systems such as mini-load systems, pallet shuttles, and cranes can be used to address storage problems in a warehouse. Besides helping in warehouse storage, robots can also help in the delivery of products. Already giant companies such as Amazon are keen on having autonomous delivery robots. Although this technology isn’t yet available, it will help speed up the delivery of products and reduce labour costs for these companies.