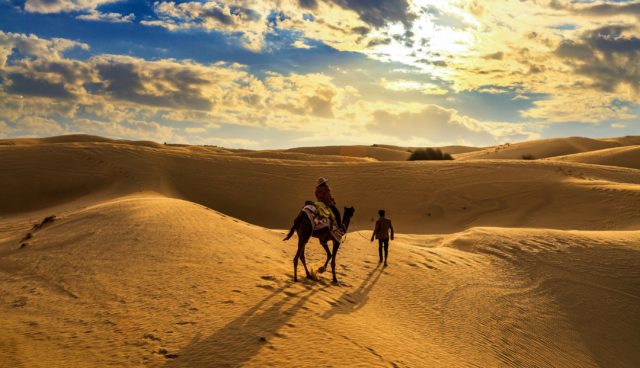 Rajasthan, the colourful and incredibly royal destination of India is famous across the globe. Travellers come here to explore the colourful and charming cities of Rajasthan, each having its own glorious history and rich culture. I personally have a deep inclination towards Rajasthan. Its royalty, beauty, vividness and amazing culture adorned my holidays with great memories which I will cherish for life!

Here are those 5 most colourful and amazing cities of Rajasthan one must visit:

The capital city of Rajasthan, Jaipur is a city known for its pink buildings the history of which goes back to the visit of Queen Victoria to Jaipur. Popularly known as the “Pink City”, Jaipur is a royal city with rich cultural heritage. Its old world charm and modern developments have embraced each other so well. Jaipur attractions encompass majestic palaces and forts, heritage havelis, folk music and dance, Rajasthani cuisine and fairs and festivals. Jaipur is synonymous with the legendary Hawa Mahal, a magnificent monument with 953 windows. It was specially made for the royal ladies to watch the street processions.  While I was at Jaipur, I also went to the local spice market and bought some aromatic spices. Shopping at Bapu Bazaar was an experience as I bought some really beautiful traditional jewellery and bandani suit from there.

The experience of reaching the famous Amber Fort of Jaipur on an elephant was phenomenal. I loved it the ride and the majestic fort. The complex of the fort includes amazing palaces and other attractions. The Mirror Palace deserves a special mention. The mirrors look like stars shining brightly. I specially went to Chokhi Dhani to enjoy traditional Rajasthani cuisine in a beautiful setting.

In case you wish to experience Jaipur in a truly royal style then go for a trip on “Palace on Wheels”, the most luxurious train of India that takes you on a week-long journey to Jaipur and other amazing destinations. It is not just a train but a ‘Palace’ on wheels that takes you back in time in a royal style. You will surely feel like a king, that’s how you will be treated at the train. 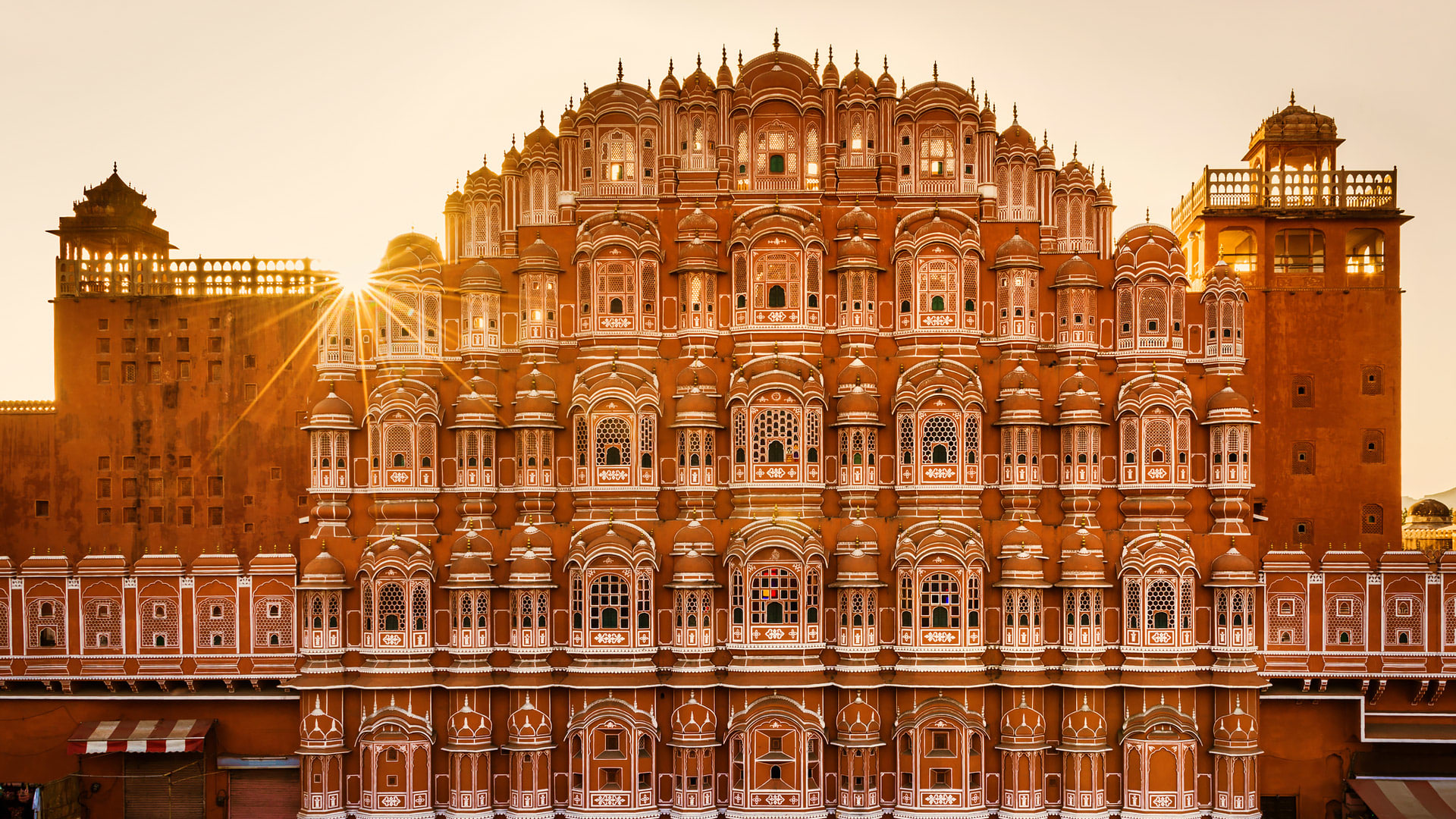 Udaipur- The City of Lakes

Udaipur is also known as the White City because of the extensive use of white marble in most of the palaces in the city.It is a romantic destination of Rajasthan, also popular for destination weddings. I was spellbound with the sight of the Lake Palace on Lake Pichola. Once the abode of the raja-maharajas, the palace is now a heritage hotel located in the middle of the lake. I also visited the royal City Palace which took me back to the era of raja-maharajas. It was quite overwhelming. A boat ride at Fatehsagar Lake and then a relaxed evening at Saheliyonki Bari garden was truly rejuvenating. I took wonderful pictures of the city. Shopping in Udaipur was also an experience. 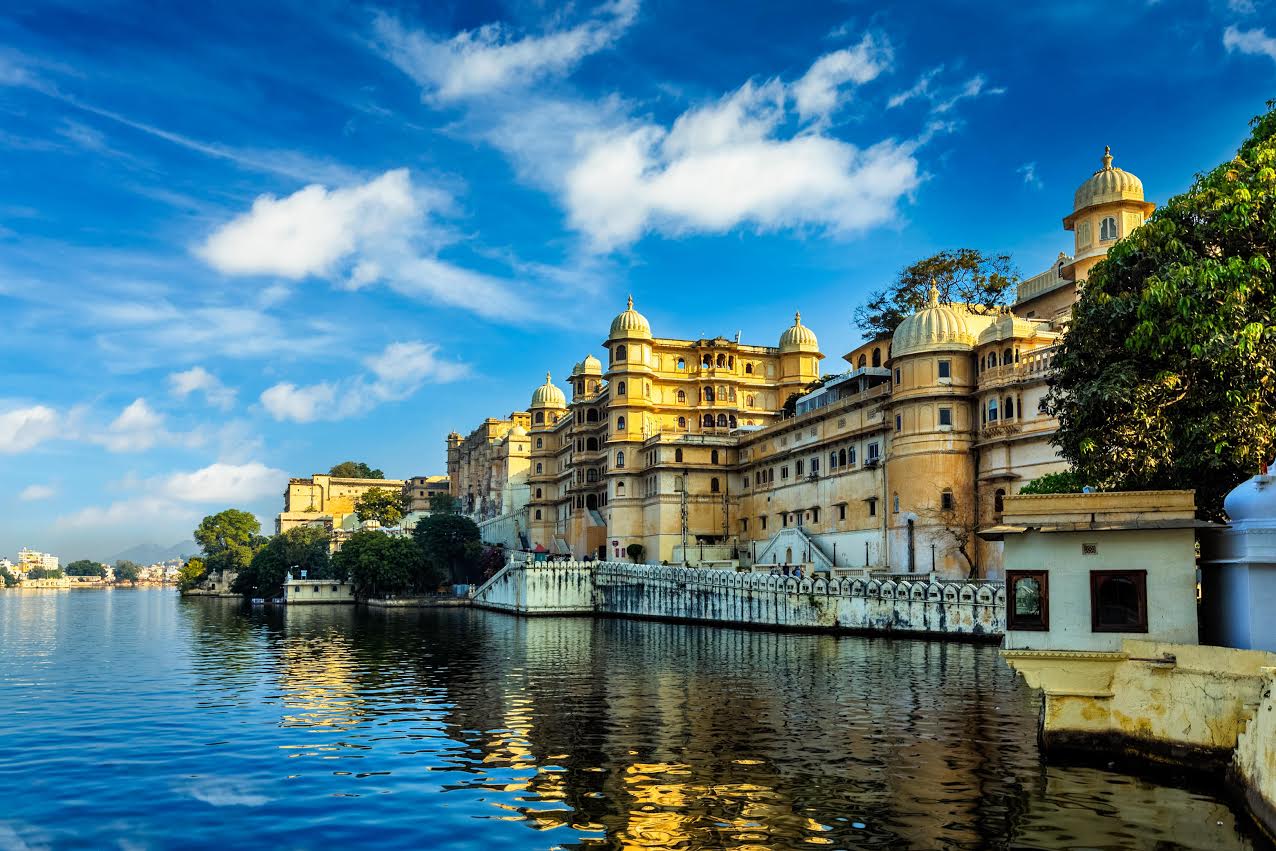 Jodhpur is the second largest city of Rajasthan and a famous tourist destination. It is called the Blue City as the old part of the city is painted blue signifying that they were inhabited by the Brahmins, the highest caste. In fact, there are other stories too revolving around this city’s blue buildings and houses.

My visit to the massive and extremely beautiful Umaid Bhawan Palace was highly rewarding. It was one of the last grand palaces build in India and the largest royal abode of raja-maharajas in Asia. A part of it is still inhabited by the royal family and the remaining has been converted into a heritage hotel and a museum. It is also a popular wedding destination. Several celebrities have tied the knot at this palace, including the famous Priyanka Chopra. I loved the vintage car collection at the palace apart from the other royal belongings.

Also visit the Mehrangarh Fort, one of the largest forts of India. It is truly an impressive fort which has been preserved very well.  A visit to its museum will bring you face to face with the amazing royal belongings and collections, including 15,000 items from the personal collection of MaharajaGaj Singh II. I also watched a cultural performance inside the fort.

To explore various things to do in Jodhpur you must check out and choose the ones you find your interest in. 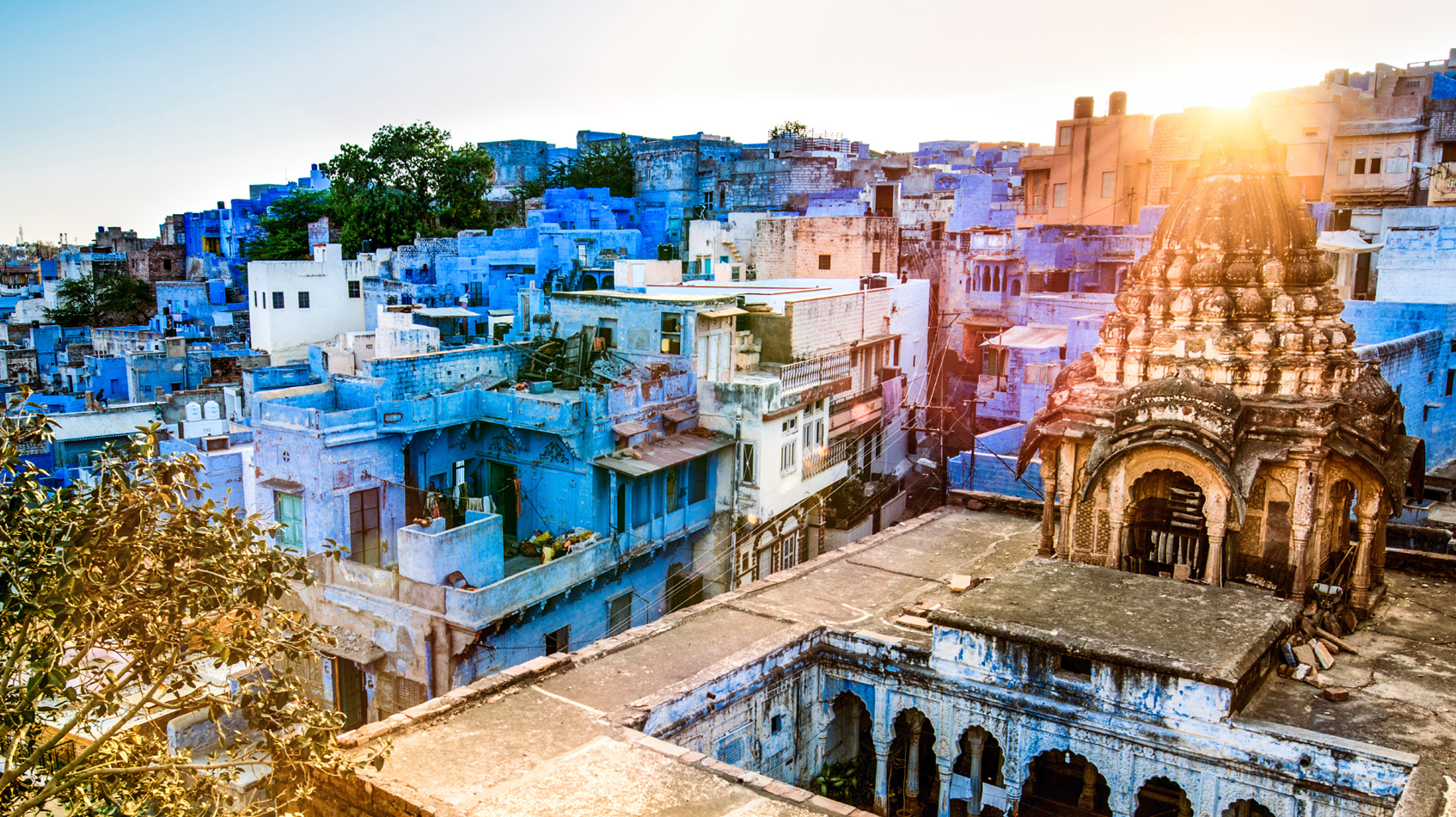 The famous city of Jaisalmer beckons you to get lost in its rustic charm. This princely city boasts of yellow sandstone architecture. The most striking places to visit in Jaisalmer is the fascinating Jaisalmer Fort located on a hilltop. The fort complex encompasses the majestic Maharaja’s Palace and beautifully carved Jain Temples. It is a living fort and around one-fourth of the old city’s population still resides inside the fort. The fort is also known as Sonar Qila which means golden fort. The fort rises from the golden sand and reflects its hues. It is a great reflection of the glorious history of Jaisalmer. It is also a UNESCO World Heritage Site. I almost got lost in the maze-like streets outside this fort.

In the evening I went to the Thar Desert and enjoy a camel ride on the Sam sand dunes. The sight of the sand dunes with the backdrop of a setting sun was mind-blowing. 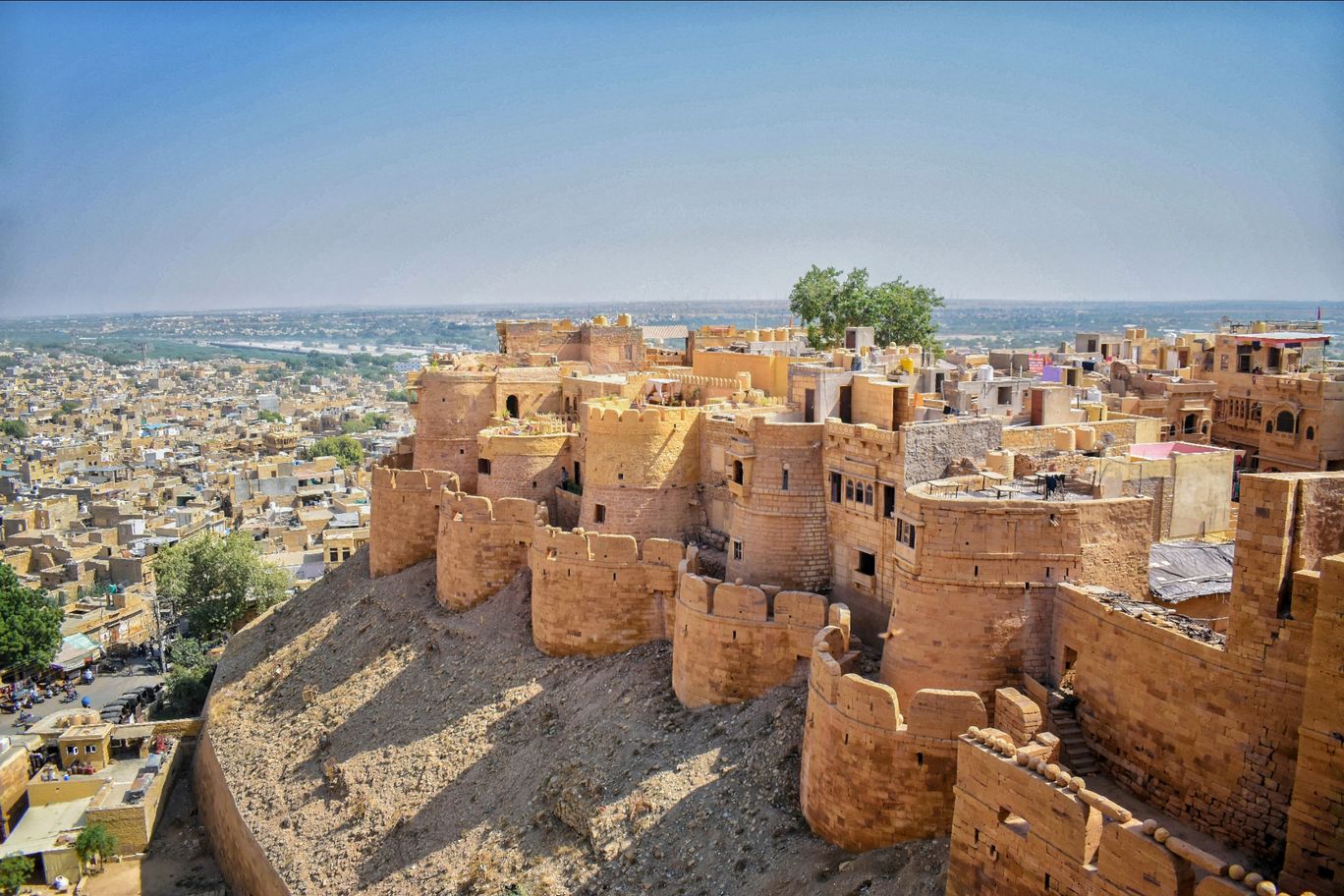 It is a historic city known for its unfathomable deserts, charming forts, palaces and havelis. The city reflects the richness of its rulers. The snacks of Bikaner are also famous. Don’t forget to try Bikaner Bhujia (salty snack). Other attractions of Bikaner are Junagarh Fort, Lalgarh Palace and Junagarh Fort. I enjoyed walking through the bustling streets of Bikaner and enjoyed some traditional food. A visit to the havelis of Bikaner was a memorable experience. There is a famous rat temple known as Karni Mata Temple where people come from far off places. It is known for its huge rat population which is considered holy. 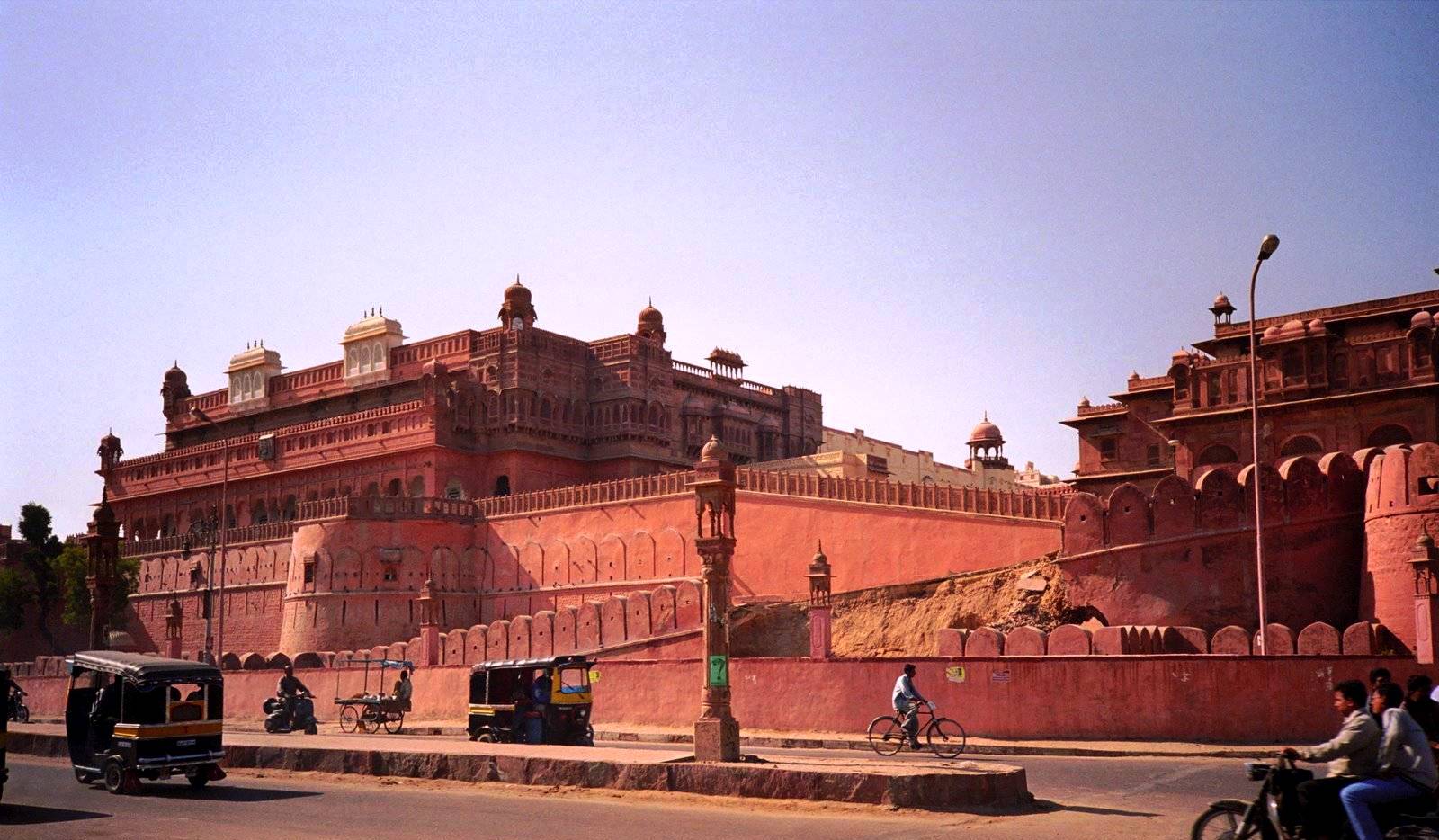 Plan a trip to the incredible cities of Rajasthan and you are sure to come back with memories which you will cherish for the rest of your life. Explore the era of raja-maharajas and the fascinating culture of Rajasthan. The above- mentioned cities of Rajasthan beckon you for a great holiday experience!