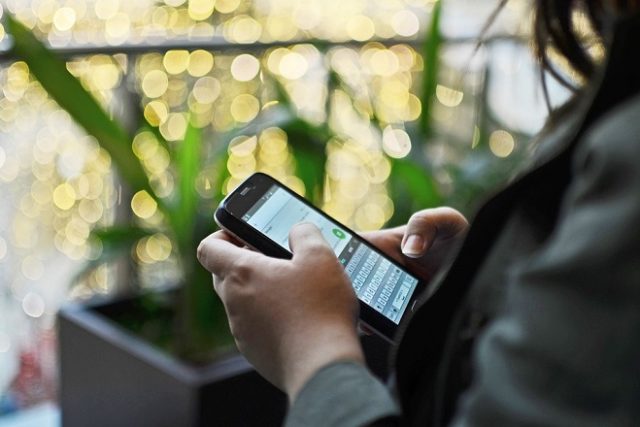 It seems like, with every new year, there’s a new phone coming out that’s better and more advanced than the previous year. These “newer than new” smartphones are smarter, more advanced, and supposedly give you a user experience like no other and to experience that, you have to shell out hundreds to thousands of dollars.

Thanks to the advancements in mobile technology, the life cycle of phones are steadily increasing, making consumers hold on to their phones longer, turning down the upgrades carriers offer, according to CNBC. So, could these larger than life advancements be the very thing that’s slowing the mobile industry down? Absolutely.

The longer life cycle is definitely one of the big contributing factors as to why consumers aren’t buying new phones, but the biggest reason is because they’re so expensive! Buying a new phone used to be a fun experience but now it’s a stressful investment that you have to pay close attention to.

Consumers are frustrated and outraged at the prices of cell phones but the reason they’re so upset about the prices is because they don’t know what they’re paying for. Maybe if customers knew why cell phones were so expensive, they wouldn’t be so outraged over the prices? Regardless of if that assumption calms consumers down or not, at least they’ll know where their money is going.

Whether you’re team iPhone or team Android, the money you pay for cell phones are all going towards these expenses.

Every time a new phone is produced, it’s going to require new hardware and materials during the production process. In addition to hardware and materials, you also have to consider how manufacturers acquire the needed materials and hardware. The mobile industry is so competitive that the demand for certain parts has caused suppliers to raise the price for parts and materials that are hard to come by.

When you see commercials for new phones you’ll hear fancy descriptive words and phrases like “sleek design,” “more storage,” and “faster speeds”… when you hear or see those types of phrases used in describing a new model phone, understand that it also means you’re going to be paying top-dollar for those advancements.

For each new model that comes out, it’s going to include new features, which also means that your money is going to be going towards the cost of research and development required to create those new features.

In addition to the new features, you also have to consider new innovations as well. The technology and innovations seen in some of these newer model phones are remarkable. Some of these phones have cameras that include slow-motion videos and low-light settings while other phones have a face recognition system… who would have ever thought mobile technology would go from the “brick phone” to a device that recognizes your face!

Most smartphone users can’t afford to pay for their phone outright at the retailer’s price, so people will buy their phone through an installment plan with their carrier. A while back, phones were subsidized by the carrier so it made phones a little more affordable for customers to buy them outright if they wanted to or could afford to but carriers aren’t doing that anymore so it’s made the price of phones go up.

But carriers are offering installment plans to make the overall price of phones not seem as expensive… It’s a lot easier to pay for a phone over the course of several months than to pay it all at once… the only thing is that you’re still paying that high price plus added fees.

Those three reasons are why cell phone costs are steadily rising but the true reason is that, as outraged as consumers are about the prices, a lot of those consumers are still willing to “bite the bullet” and pay for those phones, even when there’s nothing wrong with their current phone.

Consumers forget that there are ways around those hefty retail prices… They forget that people will sell or trade their “like-new” phone, that has nothing wrong with it, just so they can buy a new one. With consumers doing that, that means you can buy a premium used phone at the fraction of the cost of a new one.

So if you’re a consumer that needs a new phone but doesn’t want to pay those expensive prices, consider buying a premium used phone… you’ll get great quality for a great price.