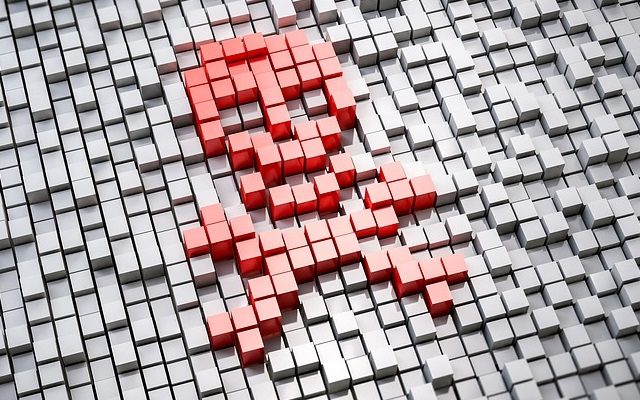 Data breach refers to unauthorized data access from the system without awareness of the owner. In other words, a data breach is a disclosure of secure information or data leaks done intentionally or unintentionally.

Following are some techniques hackers use for potential data breaches.

Phishing is the attempt to acquire sensitive data such as name, passwords, and credit card and debit card details or money, often for malicious or harmful reasons, by masquerading as a trustworthy entity or element in electronic communication media.

Following are some phishing technologies being used.

Buffer overflows are a favorite exploiting technique of the hackers. In computer security or programming terminology, a buffer overflow is an anomaly where program exceeds the buffer boundary while inserting/writing data into the buffer and overwrite the adjacent memory locations.

Buffer overflows can be set off by inputs that are planned to execute code or modify the way the program operates which results in erratic program behavior including memory results, incorrect results, or crash.

Buffer Overflows can be categorized into two main categories, stack based and heap-based. A real stack based attack would try to place the address of the top of the stack instead of the return address, followed by some scary lines of assembly code, such as a call to another tool. If the program runs it with high privileges, then the tool will execute with the equal priority level. Even better, for the attacker, the entire procedure requires the transmitting of a tiny script program.

Programs use dynamically allocated memory like the stack. A vulnerable program uses a call to something like ‘strcpy’ (a command to copy input) into a buffer, allocated on the heap. The input, larger than the buffer will overwrite data on the heap. The program will not always crash only, but it will also not behave as expected and advertised. A hacker observing this behavior then tries various inputs until they find a way to corrupt the stack/heap. Once the stack is corrupted, then the attacker can get arbitrary code snippets executed.

SQL injection is a code injection method, used to attack data-driven applications, in which malicious SQL statements are submitted into an entry field for execution and fetching the results. Such SQL attacks exploit the vulnerable security, vulnerabilities, and breaches in the application or system.

SQL injection allows attackers to play tricks with identity, interfere with existing data, cause rejection issues such as voiding transactions or changing balances, violation of the rules, allow complete disclosure of all data on the system, destroy the data or make it unavailable or misplaced and become administrators of the database server. They take benefits of the REST requesting systems for gathering or manipulation of the data of any web services.

Trojan horse is one of the most serious threats to any computer security systems. Trojans are executable programs, so when you open the file, it will perform or execute some action. A Trojan horse is named because it fools or tricks you in some way to be executed in the first place somehow.

Trojans can be spread in the aspect of literally anything people find desirable, for example, a free game or movie or song etc. Victims generally downloaded the Trojan from a World Wide Web or File Transfer Protocol archive repository, got it through peer-to-peer using IRC or instant messaging or Kazaa etc., or just opened some email attachment without care, which downloads the Trojan into the system. Trojans usually do their damage silently in the background. The first time user comes to know about his/her infected system when the other system owner tells him/her about infecting them.

Below are some ways in which, Trojan can happen.

Wireless attacks are very common security threat when securities come in the picture of networks. This is because this kind of attacks can easily get a lot of information being sent across the network and uses it to commit some malicious deeds or crimes in other networks. Every wireless network is vulnerable to these kinds of attacks and it is very important that all required security precautions should be taken to prevent these attacks. Wireless attacks are normally carried out to target some information being shared through the networks.

Wireless attacks can be categorized into different categories but some of them are listed below:

Malicious software (malware) is some software that gives partial to total command and control of your computer system to do whatever the malware creator wants to do. Types of Malware can be a virus, worm, Trojan, adware, spyware, rootkit, or something like them causing issues. The damage done by malware can vary from something slight as changing the author’s name on a document to full command and control of your machine without your ability to find out the issue.

Most of the malware requires the user of the system to initiate its operation. Some nature of attacks contains attached documents or files in the mail, visiting a malicious website that installs some software after the user clicks OK or AGREE on a pop-up, and from vulnerabilities in the OS or programs. Malware is not limited to one operating system.

Once a malware makes its way into a computer system, they begin to damage the system’s boot sector, data files, installed software and even the system BIOS. This further corrupts your files and your system might shut down as well. These kinds of malicious programs are specially designed for spreading and perform damage in a system.

Writing malware is not a hard task, and thousands of them crawl in almost every computer system. There are many ways through which a malware can enter into your system. Some of them are as follows:

Fault Injection technique is now a consistent cause for concern, they have been around since the birth of the internet. Enabling malicious access into network or computer system, they frequently go virtually unnoticed with the extensive growth in the number of applications, and to greater extent applications are migrated from the Web for these application injection attacks have become a worried concern some fault injections are script-based and using languages like JavaScript and PHP. With new Web 2.0 technologies depending on scripting languages, the injection attacks have become more often and more sophisticated. The range of Web 2.0 technologies considers XML, RSS, and AJAX, all of them can hide suspicious malicious injection code.

A Distributed Denial of Service (DDoS) attack is an attempt to make the online service unavailable by sweeping it with traffic from multiple sources.

Hackers at present are using the above techniques in vast manner, which can cause severe damage to company sensitive data and other assets. Growing hacking creates a dilemma situation for individuals and organizations. Even organizations are putting fewer efforts to secure their server and network compare to the spike in cyber-attack techniques. Apart from other steps, one of the most useful techniques to avoid such cyber-attack is to patch software regularly and train every level of employees in organizations.