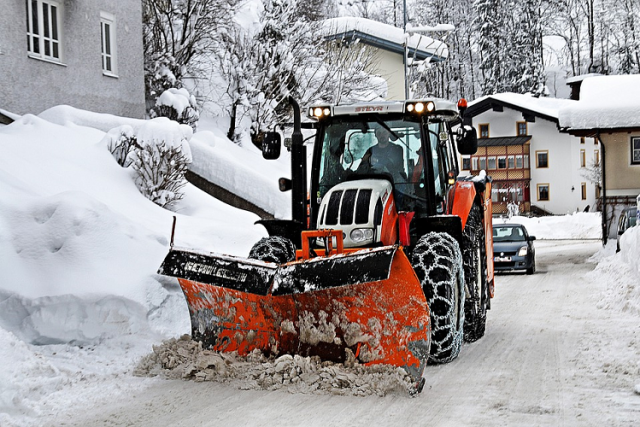 If you have a commercial snow plow, there is a good chance that you have been using steel blades for a long time. Steel blades are popular because they are inexpensive, reliable, and get the job done. Furthermore, a lot of people are familiar with them, so they are a logical choice. On the other hand, technology has come a long way during the past few years. As a result, you have more options available to you if you are looking for replacement blades for a commercial snow plow. For example, you might be interested in Carbide Snow Plow Blades. These are novel blades that come with a wide variety of advantages. What are some of the top advantages of using these snow plow blades?

One of the first advantages of going with snow plow blades made from carbide is that they’ll a significantly longer when compared to traditional options. It is not unusual for carbide blades to last five times longer than steel blades that have been heat-treated. If you have traditional carbon steel blades, your carbide blades could last up to 20 times longer. Because you will not have to replace the blades as often, you could save money. Furthermore, you won’t have to worry about pulling the plow off the line as often to replace the blades. If you are looking for blades that will last as long as possible, you should consider going with carbide options.

When your blades begin to wear out, you probably get frustrated because they start the crown. What this means is that the steel edges may not work as efficiently as they used to, and debris could build up more often than it did in the past. If you don’t want to deal with crowning, you should choose carbide blades. They have been specifically designed to wear evenly across the face of the entire blade. You don’t have to worry about snow catching or building up anywhere, and you don’t have to worry about the plow skipping as you try to complete the task.

Time is your most valuable resource, and you need to make sure you use it wisely. For this reason, you should invest in blades that allow you to finish the job as quickly as possible. The best option to help you do so is the carbide version. Because these blades wear evenly and last longer, you get to spend more time clearing snow and less time having to deal with problems. You don’t have to replace the blades often, you don’t have to remove debris from the blades, and you can drive more efficiently as you try to clear out the snow. If you want to shorten the amount of time you spend completing each job, go with carbide snow plow blades.

They Are More Cost-Effective

Finally, one of the biggest benefits of going with carbide blades is that they are more cost-effective. There are several ways that these blades can improve your bottom line. First, because they last longer, you don’t have to replace them as often. This means that you get to save money. Second, because you can shorten the amount of time you spend on each job, you don’t have to provide as much gas to clear out the snow. Lastly, because these blades are more effective, you should not experience as many issues. This means you don’t have to spend as much money dealing with acute problems.

Ultimately, there are numerous advantages that come with snow plow blades made with a carbide insert. That is why these have become so popular during the past few years. If you believe you need replacement blades for your commercial snow plow, you should consider going with blades made from carbide. They will a significantly longer, and they wear more evenly when compared to traditional blades. Furthermore, you’ll be able to finish jobs more quickly, which means you can save time and money. Make sure you replace your snow plow blades on time. When it is time to do so, consider going with blades made out of carbide.