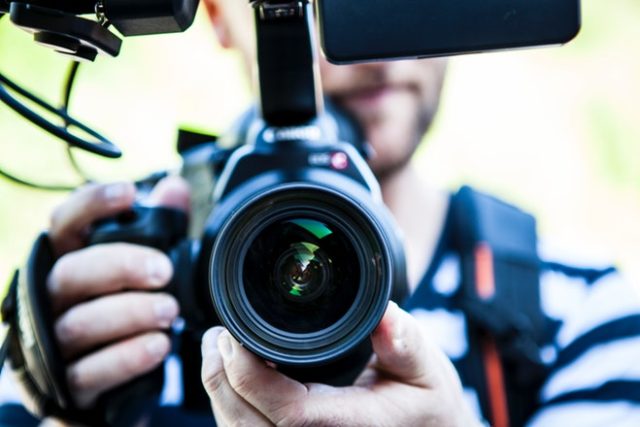 Indeed, you can’t build a great building on a weak foundation. Likewise, the pre-production stage is very important in the film or video production services and involves multiple tasks at once. So you have to be ready for all the juggling.

Pre-production is very important in the film making process and any video production company focusses a lot on it. Wonder why? Because without suitable planning, your film or corporate video production could get delayed, you can go overboard with the budget, or you could miss something important. Whether it’s script-writing, hunting for a location, or budgeting, every step in this stage plays an imperative role in the victory of your project.

This is a phase where the story and its structure are developed and then the points are plotted. As a layman, a concept has to be communicated in three parts — the beginning, the middle, and the ending. While the first part introduces the story and setting, the middle or second act mostly has the meat of the film, and the last part resolves or finishes the main plot.

Treatment is usually the extended summary of the film and it covers the complete story right from the beginning to the end.

At times a story is outlined using index cards so that if need be, scenes could be easily arranged or re-arranged. Post completion, the scenes are given outline letters or numbers to organize them.

Nowadays, one can benefit from great screenwriting software or tools available, which help in doing the writing faster. After finishing, you could go back and easily re-write it. Once you are confident that your script is final, then you can share it with people for their opinion and move to the next step.

In this stage, every single item required for the movie’s shoot is recognized. This involves finalizing locations, effects, costumes, props, etc. It’s very important to go over every tiny detail in this phase to calculate a budget and make a schedule.

This is the breakdown of all the scenes shot-by-shot. It includes a description of the framing and additional details like location, focal length, and camera movement.

This is a visual representation of all the scenes in your corporate video production or film. A storyboard demonstrates character placement, lighting positions, blocking, focal length, and any other notes.

A video production company or producer generally needs to get good funding to bear the cost of pre-production, production, and also the post-production phase along with marketing and distribution after the film is ready. Some video or filmmakers go ahead without any funding and shell out their own money; later, they sell the movie rights after it’s complete.

When location scouting or hunting for every scene, one must physically go and check the location to see the ambient light and actual sound. One must also check the weather conditions and the requirements accordingly. Or if looking for indoor filming in Philadelphia area, you can rent a Philadelphia Film Studio instead.  Then, you should think about the permits or property releases you may need at each location.

After deciding the locations and producing the shot list, the cinematographer, director, production designer, and line producer go on the tech scout. Here, the director visits all the locations with all heads of various departments to explain to them what each shot will involve.

After the tech scout is done, the 1st AD utilizes the director’s shot list to design a schedule for all the shooting days.

Now, the Casting Directors work on the cast, which is a tedious and time-consuming process. They are quite good at finding actors as per the director’s specifications. So after they short-list the actors, the director finally closes the entire cast.

Now, the production designer designs and supervises the production of the entire set. This includes arranging and procuring things like furniture, props, plants, etc. Likewise, the costume designer works on costumes and accessories.