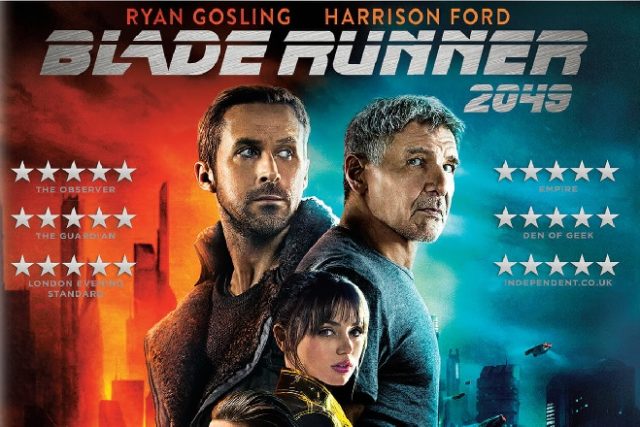 We decided to create a list of both relatively new and old sci fi movies for students that can amaze you and make you think about the world around.

By the way, if you feel depressed because of the enormous number of academic tasks to complete, you can always order essay help from Coolessay professionals.

The honest and lawful police officer K is a replicant, an android created to serve humans. He can’t have any unique future, and he doesn’t have a touching past. He just does his job well. Once during a raid, K finds some critical data which can change his life, lives of other androids and of course humans. He needs to find Rick Deckard as soon as possible.

Blade Runner 2049 belongs to that category of extremely beautiful, touching and sad sci fi movies. It is a worthy sequel of the cult film f 1982 with Harrison Ford. In the new sci fi movie, the plot spins around a new hero played by Ryan Gosling.

One more sci fi movie by Denis Villeneuve: it is a complicated intellectual and emotional story making people think silently after watching it.

Aliens visit Earth and humans need to learn how to communicate with them to answer the central question: what are their intentions? To do that, the best USA linguist comes to one of the alien arrival points.

The Earth slowly dies in endless natural disasters. Humans feel it harder and harder to call the planet their home, and they direct all efforts for survival. Having the epic music by Hans Zimmer as a background, a group of people leaves to far space carrying mission: to find a new habitable planet for humanity.

If the physics of black holes looks too complicated for you, it is always possible to buy coursework assistance services.

The director Frank Darabont likes to make movies based on books by Stephen King. The most famous one is The Shawshank Redemption. The Mist sci fi movie continues the tradition and stuns viewers with its ending. Everything starts with a mist coming to the little town: monsters show up along with it. And of course, it is not a regular horror to scare people and pump some adrenaline through their veins. It is a story about people who come through a nightmare in reality.

The film appeared in 1999, a bit earlier than “The Matrix” and became one of the most underrated sci fi movies of that time. It can’t impress with graphics that much, but dives a lot deeper into reality and virtuality problems, and leads the narrative more carefully. The Thirteenth Floor belongs to that category of sci-fi movies which don’t let you switch to other things after you finish watching them. You need to think over these movies, to consume and understand them.

A space station spins around the Solaris planet. Its inhabitants explore the planet and gradually get mad. The psychologist arrived at the station with a simple mission: to find out what’s going on out there. He honestly tries to deal with the problem but gets trapped with the same chain of unexplainable events that captured everyone around.

Solaris is one of those long, thoughtful sci fi movies filled with philosophic discussions. It won’t suit everyone, only the most patient viewers. It is better to watch it alone.

In 2016, sci fi fans expected the Rogue One movie to become nothing special, just a link connecting the second and the third Star Wars trilogies. Things were much more complicated: the director Garret Edwards created one of the emotionally strongest episodes of the most magnificent sci fi setting. Rogue one does not carry even a slight sign of that epic sci fi tale Star Wars used to be long ago.

There are no Jedi knights in Rogue One, and the feature filled the movie with new contents: regular people have to go through a Galaxy far, far away and act even although no incredible Force will help them at the very moment.

It is the sci fi movie about six stories that took place in various ages of humanity. They have one feature in common: their heroes are souls of the same people who passed through reincarnation. Most actors in the film play more than one role at a time.

It won’t be enough to watch the movie once to get all plot twists and to understand the depth of thoughts its creators had.

Ellie Arroway is an astrophysicist searching signals of hypothetical far civilizations in space. Nobody believes in her job, but she stubbornly sits in the field near the observatory and listens to space.

A novel that became the basis for the Contact sci fi movie was written by Carl Sagan, the astrophysicist, the outstanding science popularize and the pioneer of exobiology. So, this sci fi movie should be watched while carrying huge respect about one of the 20th-century geniuses.

Sam spends three lonely years alone on the Moon and watches robots mining mineral resources there. Soon, he has to fly back home to his family, but an error occurs in a correctly calibrated Lunar station system of supervisor interchanges. Sam is about to have some extraordinary days while waiting for backup.

This cheap sci fi movie told its viewers a lot more than many of expensive blockbusters did. In fact, the film Moon has the potential to become the source of many capstone project ideas for students.