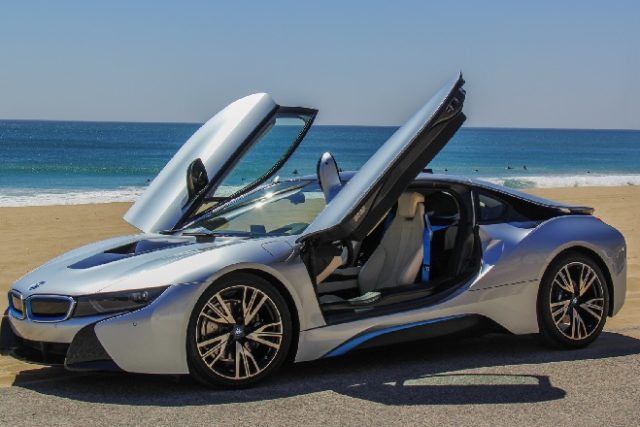 Global warming is real, and it is happening. The world’s scientific body unequivocally and unanimously agrees that this phenomenon is due to human activities – most notably, greenhouse gas emissions. There is now a lot of emphasis by governments, particularly those of industrialized nations, to decrease this emission of greenhouse gases and move away from nonrenewable natural resources for power. As the world moves towards a cleaner and greener future, there can be no room for primitive modes of locomotion that rely on burning fossil fuels. Thus, begins the race to develop electric cars.

When we buy any car, we look for features such as good mileage per unit fuel, comfort, and ease of maintenance. Electric cars of today have all these features and then some. These cars are fast becoming mainstream and are not far from overtaking conventional automobiles as the main mode of transport on roads.

Here are a few reasons why you should sell your old car and buy an electric one.

There is a growing concern that if we do not conserve the non-renewable resources of this planet, they are going to run out. These resources include fossil fuels such as petroleum and natural gas. They are mainly used as sources of energy, including those that are needed to drive conventional vehicles. Transport currently constitutes roughly 25% of fossil fuel consumption. Electric cars work using electricity stored in rechargeable batteries and this is how they cut down on the use of fossil fuels.

Conventional cars burn hydrocarbon fuels to generate the power needed to run them.  This produces greenhouse gases such as carbon dioxide and oxides of nitrogen which cause global warming. These oxides of nitrogen, as well as other gases produced in the reaction are seriously detrimental to health and have a negative impact on the environment in general. Since electric cars do not burn any fuel, they have zero emissions and essentially cause no air pollution. If the electricity used to power these cars is produced using sustainable resources such as solar or wind, the overall result is a carbon neutral mode of transport.

Noise pollution is any unwanted sound that can have negative impacts ranging from irritation to serious health damages. While it may not be something that is directly fatal, it can cause psychological changes, headaches, loss of hearing and even cardiovascular problems. Sounds above 80 decibels are considered potentially dangerous and the average traffic noise happens to be around this level. As electric cars are much quieter vehicles, the more electric cars on the road, the lesser the level of noise pollution.

Electric cars are much more efficient in their energy consumption than conventional vehicles. This means that very little power input is lost as heat or sound energy while most of it is converted to mechanical energy used to drive the car. This means electric cars require less ‘fuel,’ and have a considerably lower running cost. This is aided by the fact that these vehicles do not rely on petroleum prices which can be highly variable.

It is true that currently electric car parts, such as batteries, are more expensive than other cars’ parts. However, the price of these parts, along with the cost of these vehicles is expected to decrease as these cars start getting mass produced on a larger scale. So, this issue is a temporary one. It is also important to note that while other cars have roughly over a thousand functional components, electric cars are much simpler and have only a few hundred parts. This means that the probability of a part actually getting damaged and needing replacement is lower.

Furthermore, there is no particulate buildup in the engine. Thus there is a lesser need for routine service of the car. This makes these cars cheaper to maintain.

The convenience of Recharging

With plug-in vehicles, gone are the days where you’d need to drive to a gas station to recharge your car. These cars can be recharged anywhere as long as an electric output is available. This means that you can recharge your car even while its parked in your garage at home. Electric cars typically need several hours to charge up. However, newer models feature reduced charging times and extended battery lives, making them an extremely convenient options.

Electric cars have simple mechanics. Electricity stored in the batteries is used to generate magnetic fields that induce the motion needed to drive the car. The speed of the car can be controlled fairly easily. The bottom line is, these cars require even simpler controls than automatic transmission cars. Amazingly, they can potentially be driven with only one pedal! However, for the sake of standardization, electric cars are designed to be driven like automatic cars since most people know how to drive them.

If you needed any more convincing, here you have it. Electric cars are safer than conventional vehicles. The battery pack of electric cars is located at the base of the car. This gives these cars a lower center of gravity and makes them more stable. Moreover, because these cars do not carry any combustible fuel and have advanced cooling systems, they have are lower chance of catching fire. These cars are equipped with modern safety features like advanced airbags and traction control. They also have a more efficient braking mechanism. These features reduce the chances of car crashes and inadvertently save money in the form of repair costs.