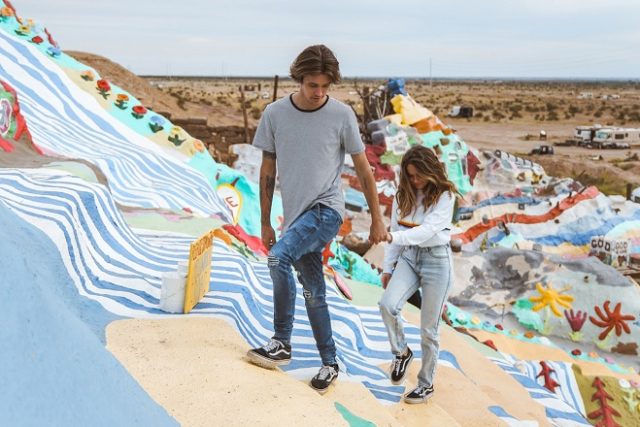 Ah, love. Perhaps there is nothing more exciting and thrilling than being madly in love with someone. Think about all the fancy dates, romantic getaways, and grand gestures. These things make you feel giddy and happy all the time, especially if you’re still early on in a relationship or during the infatuation stage. After all, doesn’t everybody love a great romance filled with wonderful moments and inspiring stories?

Yet, if you’ve been with your boyfriend/girlfriend for a long time, say, 5 years, you start thinking about other stuff too. Like, starting a family, getting married, or buying a new home. If this sounds like you, well, you might want to start saving up and spending your weekends staying indoors in exchange for your regular nights out.

Games You Can Play with Your Partner

Okay, don’t fret, because staying at home is just as fun as hanging out somewhere else. You can binge-watch a TV series, learn a new recipe, and even play video games. Yes, figures from GamingScan suggest that both men and women almost equally enjoy video games, so neither of you isn’t likely to pass on the idea. Plus, we’re sure both of you could use some competition or cooperation, not to mention all the teasing and laughter, to spice up your relationship and bring you closer. Here, we listed down all the games you could play with your partner to keep the fire burning. Read on!

1Lovers in a Dangerous Spacetime

The title of the game pretty much says it all. Here, you play as pilots of a spaceship that contains several stations, with each one having a different function (attacking, defending, viewing the map, etc). Basically, your goal here is to man those stations as fast as you can in order to balance and protect your spaceship.

Communication and strategy are the main keys to beating the game. If you and your partner don’t have any of that, we suggest it’s time to work on them now through this one. You know, just in case this game turns into reality!

Puzzle-lovers will surely get addicted to this one. It’s very much like its prequel, Portal, only there are added features that make solving puzzles ten times harder. There’s also a co-op mode here that makes it totally possible for two players to help each other out as Atlas and P-Body!

Think you and your bae’s combined intellects can surpass this game? Think again and fast, because just when you thought you could solve any puzzle, Portal 2 keeps challenging you with more complicated ones each level.

Has the thought of putting up a restaurant ever crossed your mind? Consider Overcooked your training ground. In this game, you get to play as chefs. The catch? You’re no ordinary chefs because here you basically do everything, including serving and cleaning up, within a time limit. Failing to do this earns you zero coins. And we’re betting you know what that means for you, right? You get fewer chances of advancing to the next level!

The pressure in this game is actually at an all-time high, and your main opponent here is time. Go and see if your partner can take on the challenge. While you’re at it, you might as well have some sort of a gastronomic feast as a reward once he/she completes the game!

4Keep Talking and Nobody Explodes

Get ready for a torrent of laughs and shouts as you play this game. Here, one of you takes on the role of the “Defuser”, while the other one gets to play the “Expert”. This is something you have to decide among yourselves, depending on who you think has better comprehension skills. The mechanics are simple: The Defuser has to disarm a bomb within a limited time but has no way of seeing the instructions on how to actually do it. Likewise, the Expert gets a hold of the manual but doesn’t know what the bomb looks like. The two of you must get each other’s messages as quickly as possible or you will explode.

This is a good opportunity for you to know whether you can trust your partner with your lives or not. If it turns out that it’s the latter, then maybe this game can help him/her practice for extreme scenarios!

How Jobsite Injuries Can Damage a Business

Gutters are Clogged? 5 Easy Ways to Check It