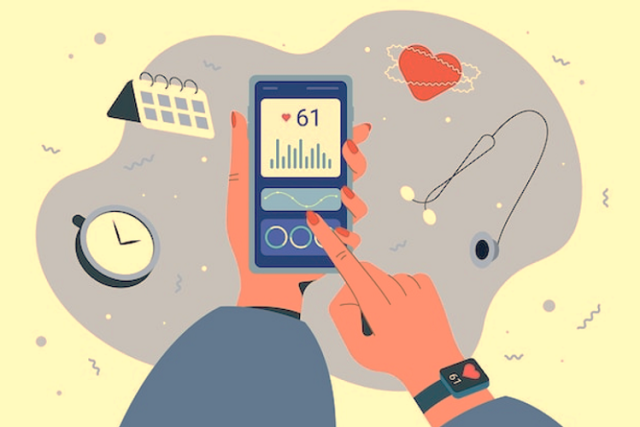 At the start of January 2020, Telehealth and remote health monitoring device companies were having a hard time making a go of it. They were on a long slog toward any sort of sustainability. At most consumer-grade products were trending, not because of their benefits, but because of their innovations — they were simply cool. Less than four months later, COVID changed everything.

The pandemic transformed the way Americans went to a doctor’s office and managed their conditions. It made the world, not only the US, reliant on digital medicine. Today, remote monitoring devices are a dime a dozen. Every tech company is investing in them. From apps to actual wearable tech. That’s why it is important to understand what’s out there and what to invest in. Which devices are worth your hard-earned money? Let’s take a look at the best health monitoring devices available right now.

The way we monitor our health has changed dramatically over the last few years. In the past, all we had was a doctor who would visit us in person and ask about our symptoms. Today, the rules have changed. Nowadays, people are using health monitoring devices to monitor their health and keep track of their symptoms. To adequately, 24/7 – in real-time – collect data on their condition — data that can then be leveraged by a health professional.

There are many reasons why this is happening, but one of the most significant reasons is that it is becoming more and more difficult for people to see a doctor in person. Doctors are becoming busier than ever before because they have less time to dedicate to each patient. The demand for healthcare professionals is high, while the supply dwindles.

Another reason was the advent of COVID. The latter made telehealth and RPM a global necessity. In less than a month, the industry had to adopt all manner of remote patient monitoring tools. Overnight, the RPM industry blossomed and grew.

This, along with the fact that most high-tech companies are investing heavily in RPM, has led many people to turn to home monitoring devices as an alternative solution for their health problems. Health monitoring devices are now more affordable than ever before. They can be found in many homes, schools, and workplaces. They send data about a person’s health to their doctors or other healthcare providers through the internet.

What are the best health monitoring devices?

Right now, there is an abundance of health monitoring devices out there. Not all of them are created equal, and not all of them have the same quality. It’s important to note the difference between actual Remote Patient Care devices and Health or Fitness monitoring devices. In many cases, the former, RPM, has gone to a series of strict text to obtain either a Federal seal of approval. This means that policymakers have given them the green light to be used at a professional, medical, level.

Let’s take a look at some of the best health monitoring devices.

A wearable ECG monitor is a portable device that captures the electrical activity of the heart and sends it to a computer. Wearable ECG monitors are used in emergencies when someone needs immediate medical attention. They are also used in hospitals to monitor patients who have had a heart attack or who have been diagnosed with arrhythmias.

The data collected by the device can be processed through an algorithm that will then provide information about the patient’s cardiac rhythm. This information is often displayed on a screen, but it can also be transmitted wirelessly to other medical staff or family members.

Smart health watches are the most popular wearable devices among consumers. They can be used to track the heart rate, calories burned, steps taken, and more.

A smartwatch is not just a fitness tracker but also a personal assistant. It can receive messages and notifications from apps like WhatsApp, Facebook Messenger, and others.

It also has a built-in GPS that allows it to function as a standalone device for fitness tracking or as an emergency phone when paired with your smartphone.

Wearable fitness trackers can be employed for various purposes such as weight loss, sports performance monitoring, sleep tracking, and more.

Wearable blood pressure monitors are also known as ambulatory or home BP monitors. These devices are often used to monitor people with high blood pressure who have been prescribed medication to control their condition.

The cuff-based wearable BP monitor is the most common type of device and can be found in many pharmacies, medical supply stores, and online retailers. They typically cost less than $100 and can be worn around the arm or wrist.

Some people find it difficult to use these cuff-based devices because they must continuously squeeze a bulb while they read their own measurements on an attached screen.

Newborns are monitored with sensors to make sure they are healthy and developing properly. The sensors monitor the baby’s heart rate, oxygen levels, temperature, and breathing pattern. The information is sent to a computer or smartphone app so that parents can keep an eye on their baby.

The data from the sensor is also used by doctors to measure how well the baby is doing and make adjustments as needed.

More and more people are getting old, and the number of seniors is increasing year by year making the need for senior-focused RPM devices much more crucial — A fall detection system is a wearable device that can detect when a person falls, and send an emergency signal to their families or caregivers.

These types of wearable tech have a series of sensors, each one meant to pinpoint a person’s state at any given time – from accelerometers to gyroscopes. Oddly enough, they are a byproduct of the gaming industry, as most of those sensors were first used by smartphone companies for their apps and games.

Fall detection devices come in all shapes and sizes, including pendants, necklaces, wrist devices, and waist straps. They can also be found on smartwatches and smartphones in the form of apps.

A smart helmet sensor is a device that is attached to a helmet and it collects data about the environment of the person wearing it. The sensors are usually inbuilt into the helmet and they can measure different parameters like temperature, humidity, air quality, noise, light, etc.

This data is then sent to an app on the phone or other devices which are connected to the internet. This way, people who wear these helmets have real-time access to their physical surroundings.

These devices can also be used while playing sports or while driving a car.

Wearable sweat sensors are devices that can be worn on the body to measure the level of sweat. They are typically used for medical purposes, such as tracking patients’ health and monitoring their response to treatments.

The first wearable sweat sensor was developed in 1997 by a team of scientists at the University of California Berkeley led by John Rogers. The device was a textile patch with an embedded electrode that could measure the amount of perspiration on a person’s skin. The first commercial wearable sweat sensor was introduced in 1998 by the Japanese company Nippon Steel & Sumitomo Metal Corporation (NSSMC). The company developed a fabric-based wearable device called Sweat Watch which could measure the level of perspiration on a person’s skin, heart rate, and sleep quality.

It is still unclear how accurate these devices are when compared to other methods for measuring sweat levels, such as using electrodes attached to the skin or with infrared imaging technology.

Health monitoring devices are currently being used by doctors to monitor their patients’ health. This has been the case for the last few years and is unlikely to change in the future. On top of that, there is also an increasing number of patients using these monitoring devices on themselves so they can track their own health progress over time.