Think, Solve, and Escape is the trendy type of game that is loved today. The live escape games have emerged so successfully that innovators have started building virtual reality games and android escape games too! Aren’t you aware of it? Dash to the play store and get them now to have fun from the comfort of your room! Hey! Wait, the sea of escape games on the web will simply land you in utter chaos.

So, check out the gems we have picked out for you! We have scrutinized the superabundant games into a list to provide the best for you! Happy breaking out!

1All That Remains: Part 1 – Bunker Room

A game to quench your thirst for adventure and puzzle-solving! The game is played on a first-person point and So, you are Campbell Price. You wake up in your father’s emergency bunker, and the door is bolted. You aren’t aware of how you end up here, and soon the radio blares, and you hear your sister telling you that this bunker is safe for you.

Knowing that her life is in danger too, you have to escape this bunker to save HER before it is too late! A game power-packed with intriguing puzzles that will keep you entertained! The game is luckily weaved into an interesting storyline that captivates the players. The graphics and the handcrafted soundtrack is worth checking out! 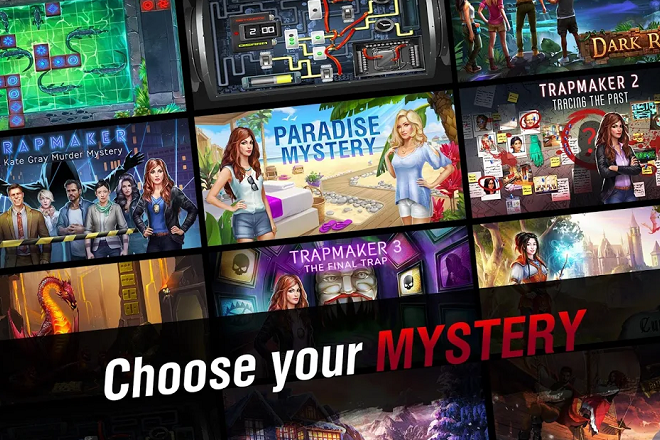 A game that will exhilarate your lub-dubs! A team of archaeologists has made their way mistakenly to a jungle and to make the mistake worse, they rediscover a cursed city. The 500-year-old cursed city will cause havoc to the entire world with its curse. In addition to it, there is a mystery room that needs to be untangled to save the world. The graphics and the soundtracks will drive you crazy!

The game known to the world as hilariously thrilling is a game that is not-so-easy to crack. You are locked in a prison, and your sole mission is to break out from it. The game allows you to play with local multiplayer which attracts gamers to have a fun time along with friends and families. Buy much-needed items and stuff that will lead you to an epic break out! The most important thing is, time! Accomplish the challenges within the given time! It deserves your time!

It is a thrilling collection of escape games set in varied worlds that will make you stick out to the app for checking out more themes. The games are well-thought equipped with challenging puzzles that will rack your brain and the setup is ravishingly beautiful to entice you inside the room. Check out once and get locked there forever!

5The House of Da Vinci

A 3D game equipped with perfect stuff that will transport you to Da Vinci’s age. The goal of the game is simple, but the puzzles take a 360-degree change as they are mind-racking and perplexing. Your master, Da Vinci has disappeared mysteriously, and you are entrusted to find him. To unravel the mystery of his disappearance, navigate through his messy workshop, discover the secret hidden objects, solve the mechanical puzzles, and escape the rooms to finally untangle the enigma. An immersive game that will dive you into the Renaissance world! It holds the adventure you are looking for!

Transform yourself as innocent Anne, who is accidentally trapped in a mansion all alone. The majestic mansion is full of rooms and every room has mysteries. Crack the mysteries of every room to find a way out of this abandoned manor. The game has 144 levels and interestingly it is divided into four different set-ups of different castles. It simply means that the mansion holds hidden doors to other glorifying mansions too. Set in a world of fairy tales with innocent and cute Anne along with full of magical objects and exciting gadgets, the game will not let you go!

A perfect feat for the puzzle lovers! The multi-award-winning game is a plethora of puzzles laid in a linear pattern weaved in an interesting and enticing storyline that attracts many minds. The trail begins from the attic of the house and moves to a discovery of a quaint dollhouse. The mystery begins. Stunning dollhouse designs crisscrossed in a captivating tale along with a horror soundtrack will give you a spine chilling experience like stepping on a haunted manor for real. The easy-to-begin game racks your brain and turns hard-to-crack while moving further. The intricate puzzles ensure a mind-blowing treat for you!

The game is the prominent sequel to the all-time best escape game with the same goal and same storyline that skips your heartbeat. The game is played on a first player point, and the mission is to find your lost father. You have journeyed all the way that it seems like you are reaching closer to father by following the string of notes he left behind. The last door you opened has taken you to a spine-chilling snow land. The new continent is filled with frosty temples waiting to be discovered. Investigate them, solve the puzzles, and explore the frosty land to find him.

Monument Valley 2 is the successful sequel of Monument valley, the award-winning game. Set in a world of beautiful architectures enough to enlighten your mind, along with magical pathways entices the players entirely, leaving no room for distraction. The story begins with a duo of mother and daughter embarking on the journey of these grand and majestic monument valleys. Your mission is to help Rou, the mother in guiding her child in unraveling the mysteries and exploring the stunning art that will wonderstruck you. A game laced with a perfect soundtrack and graphics to drive you crazy about monuments!

From the most celebrated makers of games, Rusty Lake: Roots, is a remarkable game that will make you click on the purchase just by scanning the scenario. James Vanderboom’s life takes a tedious turn as he plants a special seed in the backyard of his cherished garden. But what happens next? Will wonderstruck you. The game has simpler puzzles that take you to another level until the unraveling of the enigma. The game focuses mainly on the creative storyline that makes the player thrilled to know the climax of the story. A story that will open your hearts to mysteries and adventures!