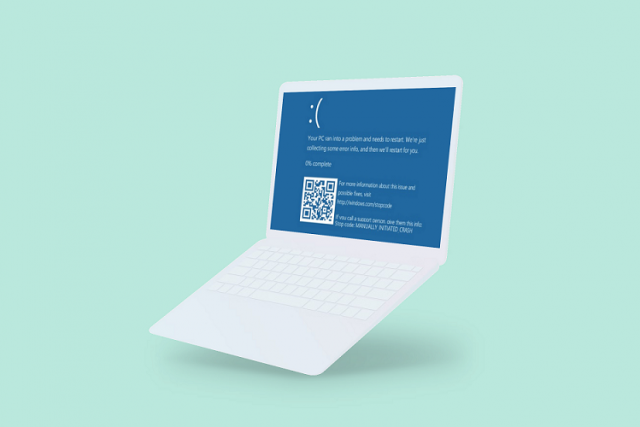 The problem of PC crashing in the modern world is failure at some level. If the problem is hardware, the failure may be in the manufacture or replacement protocol.

If the problem is in the software, the failure is in the coding. It’s particularly bad when we consider that it’s easier to test systems now than ever before.

In Search of Reliability

Most PC systems are more reliable now than they’ve ever been in the past. People who worked on older versions of personal computers sometimes dealt with PC crashing errors that would lead to data loss, file corruption, or even total failure of businesses.

That doesn’t happen as much as it used to, and it’s no coincidence. Developers and engineers have been pursuing reliability as a metric for decades. An imperfect software that behaves predictably and never crashes is generally better than great software that constantly fails.

Why Does My PC Keep Crashing?

Many things can cause a computer to crash, but modern PC have five common reasons for crashing.

There are many reasons for PC to crash. We have described the main five common reasons why PC crashes in modern systems.

The registry is a central component in operating systems, which includes information on programs, locations, configurations, and other basic settings for the computer. Corrupted registries can cause serious errors, including total shutdowns. Unfortunately, entries can become corrupted over time.

Luckily, it’s usually possible to fix errors in the registry. Cleaning programs can scan the registry and resolve issues. For businesses, it’s a good idea to clean the registry at least once a month to help trim out any junk that accumulates.

Do you know how files get stored on hard disks? Many files are broken into small pieces and saved in various places on the hard disk. Over time, this fragmentation can get more complicated, leading to errors and PC crashes.

The easiest way to fix this is by running a defragmentation program. Windows has one built-in, so you don’t need to visit shady sites or start paying out to address this. You should only defrag a computer as often as needed, but checking once a month or so is enough for most people.

If a computer has too little of either, it can’t move files back and forth, leading to a quick shutdown as the computer struggles for space, encounters an error, and shuts off to try and protect your content.

Fortunately, memory problems are easy to avoid. Keeping a drive about 10% empty and having RAM to spare will largely avoid these issues. Most people don’t need more than 16 GB of RAM on a computer, though anyone working on video editing, graphic design, or gaming may require more.

Overheating is the main hardware cause of PC crashing on modern systems. CPUs and GPUs run hot, and without adequate cooling, they shut off to avoid hardware damage.

Cooling can come from fans or liquid cooling systems, but both of them tend to wear down over time. Replacing fans and other cooling systems will help prevent PC crashes.

Unsurprisingly, viruses and malware can interfere with a computer. How they cause PC crashing can vary significantly, but there is no denying their detrimental impact on any modern system.

Therefore, robust antivirus software and some plans to stop people from downloading them are necessary for businesses and individual users alike.

Other Sources of PC Crashing

The five categories above are the main cause of PC crashing but not the only ones.

For example, there could be an issue with power supplies overheating, so it will need a replacement. Likewise, if the computer case is hot near the power supply, that’s an issue, and it needs work.

However, addressing problems like these usually requires professional checking.

Companies should consider implementing software workflows to help minimize the risk of hardware or software crashing. It’s always possible that software is poorly-written and needs optimization to prevent crashes.

Luckily, most software doesn’t crash hard enough to shut down an entire system anymore. So it’s usually possible to terminate the software without hurting the rest of the computer.

In a perfect world, PC crashing doesn’t happen at all. Achieving that may not be possible, but companies can get closer by instituting a few common-sense protocols.

First, companies should know the expected lifespan for all equipment. That includes individual parts in computers, not just the machine as a whole. With this information, companies can institute replacement policies to change and swap out equipment as needed.

It’s possible to do this with minimal disruptions to workers by making backups of their work, copying the content, and providing new devices as needed.

Second, companies should test the software in as many environments as possible. Don’t test the software by trying to emulate different environments. That tends to overlook all but the most common problems, and it’s one of the reasons many of Microsoft’s Windows updates haven’t been as good as they should be.

One of the best ways of testing software is a rolling release.

A rolling release is where software is released to progressively larger groups of users. However, this doesn’t have the large revenue spike of a big release, which companies like seeing. Instead, it usually produces better software.

The earliest release is essentially a beta offered to people most interested in using it. These users understand that the software is not done, and their feedback serves as a valuable basis for adjusting it. In addition, the test systems here make things much easier overall.

From there, expanding to more groups gives time to refine the software, address bugs appearing on different hardware configurations, and ultimately unlock it for everyone.

There’s a point of diminishing returns when you test systems to be sure that hardware and software work together.

However, stability still matters, especially for businesses. Having no crashes at all might be an unrealistic goal, but by working to minimize it, companies can get as close to perfect as technology allows.