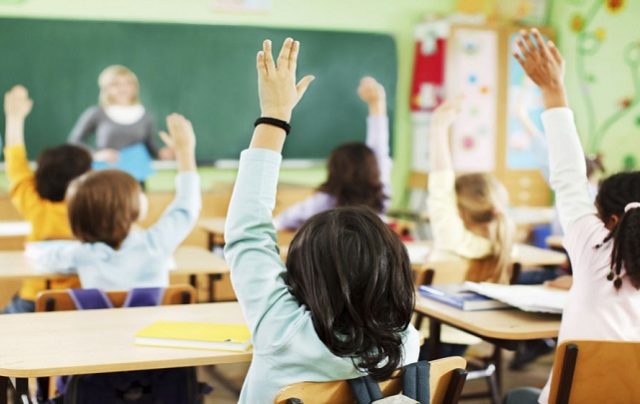 For years, there has been a debate regarding the failure of the US education system in producing high-quality graduates who could contribute to the country’s workforce. This issue is often considered as one of the major threat to the nation’s success in the global marketplace.

Notably, around 30 percent of the students in the US in 2008 do not complete their high school education, and the majority of that percentage comes from the low-income and minority students. It suggests that a certain degree of change in the public school system is long overdue.

The good news is that the corporations across the United States are willing to partner with the educators in order to bring a positive change in the education system. In fact, their combined efforts can provide enough opportunities to the schools to successfully reach their true potential.

A research by FSG Social Impact Advisors, a social impact consultancy explores the current condition of corporate philanthropy and suggests how they corporations can pinpoint the right place to start and expand their efforts.

The research offered some valuable insight into the previous attempts that were made by the professionals (the corporate heads and the educators) and the “lessons learned’ from them. These insights offer a set of themes on which the corporations can build their strategies to improve the current condition of public education.

Here are six recommendations derived from the FSG research output which has the potential to inform and guide the corporations as they embark on the journey of improving the education system for the future generations.

Top-level authorities need to be involved

The initiative needs to generate at the highest level of administration. People in the top tier in the corporations, like the CEO or the president of the organization, have the ability to influence a larger amount of the crowd.

The involvement from the top level position gives a positive outlook to the whole issue and defines the gravity of the education reform for the employees as well as the education partners.

Corporations should focus on their strengths

The previous corporate-school tie-ups suggest that educators often expect in which the organizations do extremely well. In fact, the companies which can align their efforts with their strengths have demonstrated more effective than others.

When a company operates within it the strength it can offer better support to the cause over the course of time. Some positive results, in the beginning, can also boost the confidence of the participants to go outside their comfort zone and contribute to the cause from a different point.

The contribution needs to be properly managed

Even though 3.6 billion USD is a significant amount, but it may not be enough compared to the amount of public funding. So, the corporations need to direct their investment with a proper strategy which can bring significant impact on the school system even with limited resources.

Create programs around the specific needs

Coming up with new programs may not be the ideal way to go about the initiative. Instead, it is better to plan the development programs around the particular needs of the classroom, school and the district. If the students require more homework help, won’t it be better to make the study materials available online?

Corporations need to collaborate with the educators who are already working on the same objective. That will increase the chances of success as the corporations can then leverage the existing infrastructure and create a more effective plan of action.

Aim for a sustainable ecosystem

It is important for the corporations to understand that it is not possible to transform the education system in one day. The improvement happens over a long period of time. Shortcuts or quick fixes won’t be effective in this case.

It is okay to set short-term goals for the next three or five years, but a constant contribution needs to come from the corporations in order to achieve a sustainable condition for the education system. The results may not be immediate. So the companies need to be patient with their approach.

The corporations need to establish the key objectives of the programs before they involve in any activities. In order to ensure success, they need to measure the outcomes by setting practical and achievable goals.

It is important to provide the educational partners to support with necessary resources, which in return may help the companies track the progress against each of their goals. Unrealistic expectations have ruined the potential efforts before.

In the 20th century, the US used to produce about one-third of the world’s college-educated population. It also had the most educated workforce in the world for a certain period. However, the figures have changed drastically in the past century since the countries like China and India have started to supply highly educated workforce at a lower pay. Unfortunately, the education system has changed very little at the time.

Over the years a number of reforms have been introduced, but none of them managed to make a significant contribution to the education landscape. However, the Government has clarified their intention by introducing the notion of “raising expectation”, a call to the students, teachers, and administrators to have higher expectations for their performance. The corporations should also need to adopt this approach to break the jinx of failed attempts.

If the education system can be improved with new development programs and other initiatives, it will not just help the students, but also help the corporations build a quality workforce to compete in the global marketplace.