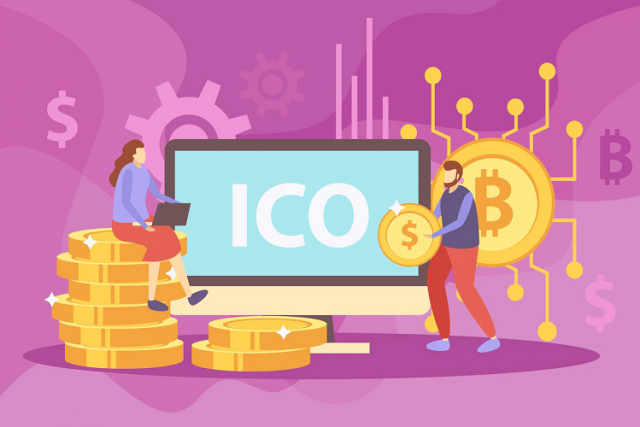 If you are interested in cryptocurrency and blockchain technologies, you need to know what ICO is. The abbreviation stands for an Initial Coin Offering that is viewed as a specific fundraising activity for startups. Its main advantage is that there are no intermediaries here. So, the capital raising process takes place via building up direct connections between investors and an interested company. If the interests of both parties coincide, their cooperation will be smooth and beneficial.

ICO started in 2013. At that time, J.R. Willet, a software developer and engineer, systemized his research findings under the title of ‘The Second Bitcoin White Paper’. It was about the MasterCoin token which could raise up to $550-$600 thousand at a time.

Seven other projects appeared in 2014, and they totally collected about $30 million. Ethereum was a leading project then with its release of 50 million Ether tokens. They helped the project raise about $18.5 million.

In 2016, 43 ICOs came to being, and they managed to collect over $255 million. However, the hacker attack broke out, and about $61 million was lost. Ethereum’s project, which had been successful before that, almost collapsed.

The asset space received a powerful backup from the venture capitalists of an older generation in December of the same year.

Huge enthusiasm for the digital assets that had just been born led to a new peak of ICOs in 2017. New technological advancements helped raise almost $5.5 billion. Since then, the popularity of ICOs has increased, and they are becoming more and more attractive and profitable.

ICO (Initial Coin Offering) can be of two different types highlighted below.

The initial coin offering in this case is available to a small number of investors only. They should be accredited. Such investors can be both individuals and financial institutions. The minimal investment amount refers to the company’s choice and decision.

Public ICOs have the general public as their target. It is a specific type of crowdfunding and investing. Its rules and regulations are democratized, so any physical or juridical entity can be an investor. However, private ICOs are thought to be more viable because they are not so much affected by regulations.

Therefore, such technological solutions in the field of business and finance as blockchain and cryptocurrencies have increased the popularity of ICO. For example, in 2019, about $8 billion was raised due to them. The figure goes up every other year. The largest amount of $1.7 billion via a private ICO was raised through Telegram by a company registered in the UK.

An ICO is a complex combination of technology, law, and finance. The expertise in these fields is crucial for obtaining remarkable results. Multiple interests of different stakeholders play a great role in capital-raising operations, especially those of them that refer to blockchain technology. Such systems are decentralized so that they make the process as convenient as possible for all interested parties.

An ICO implies several steps for its performance. They are the following.

To start an ICO, there is a need to identify an intention of a certain company to raise funds. The company has to understand the aims of such a fundraising campaign. The next steps it should make are to collect the materials about its activity and develop a relevant project which can be interesting for a potential investor.

After that, this company needs to create tokens. Tokens represent the business’s assets or utilities involved in the blockchain. They are tradeable and can be exchanged. In fact, tokens are not cryptocurrencies. They are just their modifications. They should not be confused with stocks, either because they do not represent the company’s equity stakes. Tokens just provide a specific stake embodied in products or services this company can supply.

A company can develop such tokens by utilizing specific blockchain platforms. The very process of token creation is much simpler than that used for developing cryptocurrencies because the company does not need to invent a new code. All the codes are provided by the chosen blockchain platform which deals with an existing cryptocurrency, for example, Ethereum. Small modifications of the code can be observed during the process of token making, but they are not dramatic at all.

A promotion campaign is an essential part of an ICO because it attracts attention of potential investors. Such campaigns are mostly run online because it is the best way to reach the widest target audience. Nevertheless, such online platforms as Google or Facebook tend to prohibit advertising ICOs nowadays.

After the tokens have been created, the potential investors receive an offer. The offering process can have several rounds. The proceeds got from the ICO can be used by the company for launching a new service or product. The investors that have acquired the tokens can receive profits from them or expect the rise of these tokens value to sell them.

Regulations of ICO: Do They Really Exist?

Since ICOs are a new phenomenon in technological and financial environments, regulatory bodies across the globe have not prepared for their appearance. These completely cutting-edge models of fundraising can have a significant influence on all capital raising procedures. That is why different countries have introduced various approaches to their regulation.

Some countries, such as South Korea and China, have entirely banned ICOs. Others, including many countries of Europe and the USA, strive for developing new norms and regulations for dealing with ICO operations. New guidelines meant to manage initial coin offerings have already appeared in the UAE, Hong Kong, New Zealand, and Australia.

The main advantages of ICO can be common for both contributors and founders of a project. Such advantages attract more and more investors making the project ultimately successful.

Among all the benefits, ICO can provide the following ones which are important to consider.

Most ICOs work with cryptocurrencies. It makes them available to many individuals and businesses. Such decentralization, with the only requirement for a contributor to transfer the costs on time, lets the project become successful and its investors obtain desired profits.

The lack of liquidity is often the main obstacle that prevents many contributors from investing into projects. If the company’s capital cannot be accessed for a few years, there is no attraction and interest at all. In the case of ICOs, the price set at a certain moment is real, and it corresponds to the present value of the project. This secondary market provides high liquidity to both investors and projects.

Tokens can have different values for various startups. This diminishes the risks and increases opportunities for making substantial profits. Moreover, a lot of investors can contribute to the same project making it a multi-million deal.

Contributors can make their investment at any time. It provides a great advantage over funding startups traditionally where the terms and time are fixed, and it is impossible to become an early investor if you do not know a founder in person.

Making early investments, on the contrary, is quite beneficial because you can pay less due to the absence of premiums. In case of ICOs, a contributor should only be very attentive to upcoming projects to be able to buy tokens as soon as they are released.

If you have cryptocurrencies, you can be hesitant to invest them in some projects because you may be afraid of losses or paying huge taxes. In many cases, cryptocurrencies’ values go up but people do not use their capacity. ICOs give a great chance to invest in cryptocurrencies and gain a lot of profit without additional losses.

Traditional methods do not bring much funding to many projects because they do not seem appealing to potential investors for some reason. Very often, the project’s location or type may be an obstacle. The latter is especially applicable to non-profits. ICOs provide very simple procedures for making investments, so any project can receive costs despite its characteristics. It does not need to compete for contributors’ attention, and it makes the use of an ICO quite beneficial.

All in all, when you consider an ICO, no matter whether you are a startupper or contributor, think about all these advantages.

How to Deal with Risks Related to ICOs

All tokens sold due to an ICO imply the high risk for investments. That’s because the market does not have straightforward and understandable rules to handle them. It makes the appearance of scams quite possible. If an ICO is fraudulent or unviable, investors do not have any protection. In 2018, Bloomberg reported that about 75%-80% of all ICOs that came to being that year were considered risky or fraudulent.

That is why it is important to take into account the following points if you want to take part in an ICO:

Successful tokens are usually listed for cryptocurrency exchanges. In this way, potential investors who have missed the initial offering can buy the coins. The token post-ICO sales and the immense demand for them is a great sign that the project has become successful.

You can see now that ICOs, being a completely new financial option for fundraising, are very attractive for startups and, to some extent, for their investors. In fact, this is a digital solution of the future.

Potential investors who can see a good chance to be the first to buy a successful cryptocurrency are attracted by the simplicity of using this option. However, you need thorough research and a deeper understanding of the ICO mechanism to sort out the huge numbers of upcoming projects and choose the most beneficial of them.