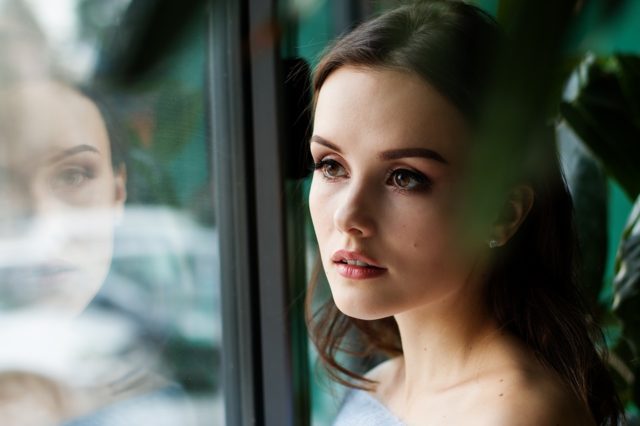 Media is one of the most flourishing industries which has dramatically evolved in the past couple of decades. Today, media around the world is more independent, vocal and powerful and it’s the incredible role and commitment of journalists, TV presenters, hosts, reporters, etc. who have elevated the standards and given media a breakthrough it deserved all this time. The whole media industry around the world is shaped by two determinants: agenda and people.

Every media cell moves forward with a subjective agenda which is woven in all of its practices. This aspect is not very transparent, otherwise, it can be called into question by the general public, tarnishing the outlet’s image and reputation as a neutral body representing the truth. But every media outlet has a deeper agenda and a commitment to its audience. Journalists, reporters, talk show hosts, and TV presenters have a sound understanding and firm grasp of their audience and how to win their trust.

Whereas people, the merit and dedication of individuals serving different positions in any category of media matters a lot. These professionals represent the agenda and the independent truth before the masses. This area is often ruled by the dynamics of power, integrity and political stance at the disposal of media. Politics, entertainment, fashion, sports, art, culture, business, technology or whatsoever, the core aspects of all is put together by people working in the media.

On the other hand, there are deep and underlying issues concerning the people working in the media, especially women. The role of women is a subject of big consideration because just like any profession, the women have a fair share of struggles and problems working in the media industry. These issues are related to the mainstream culture and its stereotypes and norms which are succumbed to the mindsets in our society. No matter how progressive most liberal societies come to claim, these norms are still largely believed by people. Any woman, from a news reporter to a TV host can understand how the degree of certain pain problems tarnishes a healthy business practice adopted by any media organization or agency.

Gender segregation as a social construct

For years, the profession was adulterated with the concept of segregation where everyone’s roles were defined by their sex. Stepping into the industry, one would be automatically met with the hardwired ideas and norms which separated the roles of men and women. Workers have not been considered as a valued resource for their credibility and potential in their job roles, rather how they fit in those roles according to their gender. Due to male dominance and patriarchal norms, it was naturally assumed what men can do, women cannot do. The problem formed the basis of inequality.

The journalism industry is severely lacking leadership of women. It was reported that among 500 media outlets in over 60 countries, the percentage of men holding positions was 73%. In newsrooms, women only make up 31% of news directors, which is a shocking revelation. Women journalists have not been given true opportunities and are generally not preferred over their male counterparts. It is because of the widespread beliefs that women lack the ability to work in difficult circumstances which can often require them to report in war-stricken geographical locations.

Sexist norms have forever ruled the landscape of any profession around the world. The prejudice enforced by sexism has deprived women of countless opportunities and remains a barrier against their progress. Our attitudes towards women working in the industry reflect how deeply engraved is the problem of sexism in our culture. The FIFA World Cup 2018 presented a token of sobriety when female reporters suffered sexual harassment while covering post-match events on live television. No significant measures were ever taken by these media outlets to protect the female reporters who were constantly subjected to these nuisances.

For years, the media industry followed a set of regulations with sheer ignorance regarding the presentation of females. Most outlets would be concerned about presenting the women in a way of branding their appearance as a form of catching the eye of the audience. The biggest and most recent example remains of Yanet Garcia who was entitled “World’s Sexiest Weather Girl”. The Mexican media outlet was casually practicing objectification of women and appallingly, a large chunk of a global audience enjoyed it.

It had detrimental implications because it imposes a thought that women need to come across sexually attractive and clad in provocative outfits just to deliver weather news? Is this the merit we are looking for?

It is difficult to liberate yourself from these problems and the extent by which women have managed to cope up despite these struggles are due to certain factors. From the general experience of most women working in the media, here are some points – the three C’s – which can be a heads up for those starting out in the industry and facing the struggles.

Here are the three C’s

It is all about creating your impact, marking your potential and leading by an example. Credit goes to the great women who are able to charge through all these struggles and have bagged incredible success along the way. If we are to see a significant change then we should start by giving out an example for the world to be educated. A very unconventional example can be given here of Christy Lee who is professionally known as “Coca Xie”. The bilingual Chinese TV star hosted the red carpet event of 89th Academy Awards in 2017. Thereafter, she caught people’s attention and looking into her profile reveals a story of how accomplished this young woman is in the media. She became the youngest host at China Billboard and is now the CEO of China Entertainment. Coca believes in bridging the gap between China and Hollywood, and her efforts have proven significantly.

Her example opens a remarkable consideration about how this young woman managed to constructively process all the odds standing in her way and made her move. As a woman and of a different racial background, Coca Xie remains a great inspiration for young women starting out in the media.

Women who can relate to the struggles can well empathize with the experience of their co-workers. Building a support group, partnering in different projects and getting in the habit of uplifting each other’s spirits is a way to begin. Simply by scaling efforts to help other women in their own capacities, creating opportunities, vouching for their stake and teaming up to resolve problems in the workplace is also a good way to move forward.

Raise a voice by starting campaigns as a call-up to all those women who can relate to these struggles. The best way to gain mileage is to start on the platform of social media, using relevant copy and hashtag to talk about the issues at large. It has proven to be effective and the most recent example certainly remains the #MeToo campaign that started on Twitter and has become a global enigma.

The power and reach of social media can be effectively used to address these sort of issues and to a great benefit, these can be heard and noticed by relevant authorities who can introduce federal reforms safeguarding the rights of women in the media. Besides, it can also be the right channel to educate people who have exuded sheer ignorance on the matter.

In recent times, there has been some progress towards equality. The developments, however, are non-linear and quite slow. The gradual and fluctuating increase in the count of women engaged in the media industry shows how stagnant is the progress becoming. On the contrary, progress on paper and statistics do not necessarily reflect the underlying truth. It does not visibly reflect the reality and the bigger problems which remain at large. Statistical progress has nothing to do with a rise in equal opportunities and workplace environments that are free from biases.