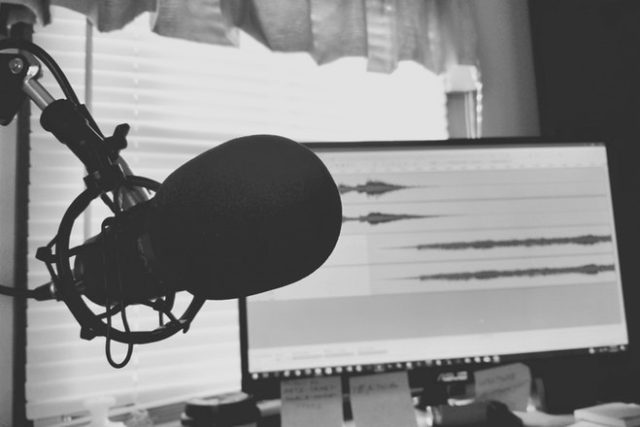 Traveling to work is a nightmare in most cities of the world – thanks to traffic congestion and clogged roads. A survey done in the US revealed that people on average take about 26.1 minutes to reach office while in a developing economy like India, people spend at least 7% of their day in commuting to and fro from their workplace. Make this time your “me” time by listening to podcasts that you are interested in while driving to work.

There is no shortage of binge-worthy podcasts that will keep your attention focused on better things in life than irritating traffic jams and people flouting traffic rules at the drop of their hat. Keep your mind relaxed and engaged in something good.

One clear advantage of driving to work is the desired me-space that you get every day. A time that you can spend meaningfully either by calling up friends and family to speak to them through hands-free phone or listen to your preferred podcast station.

It could be something serious that seems to be lurking in your backyard like the show called ‘It could happen here podcast’ or listen to Zach Lowe on his NBA-centric show called the Lowe post podcast.

List of Podcasts that you can Enjoy While Driving to Work

It Could Happen Here

The It could happen here podcast is hosted by Robert Evans.

Tune in to this show called ‘It could happen here’ podcast if you are a concerned citizen of the country – someone who loves to face facts and have a clear picture of things as they are.

The Lowe post podcast is hosted by Zach Lowe, a sports journalist from the US.

Marc Maron has been a writer and stand-up comedian throughout his life. In 2009, he started ‘WTF with Marc Maroon’.

Stuff You Should Know

Stuff Media publishes the series. It was launched in 2008 and has been a top-ranking podcast on iTunes ever since.

This podcast show is one of its kind; it explores invisible things.

If you are interested to know more about people who go to prison, this podcast is for you.

Terrible, Thanks For Asking

The concept of this show came to host Nora McInerny from the fact that people usually tend to answer nonchalantly to the simple question, ‘how are you?’ Most of us say ‘fine’ and move on. The majority of us do not bother to quote our frame of mind honestly.