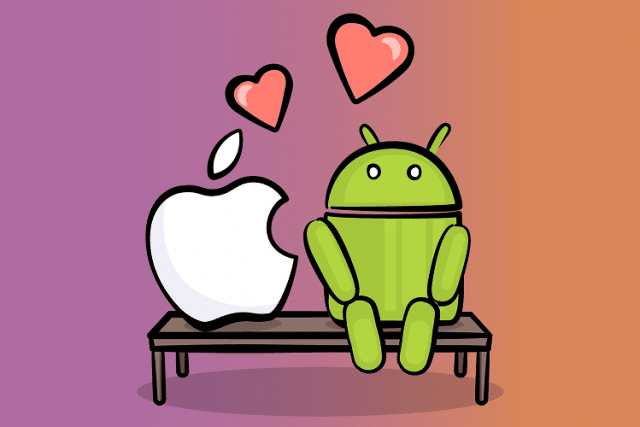 The world of app development is at its peak, creating an app can catapult you into a successful career if it’s done right, but there are some details you must be aware of before plunging into the development, design and execution of the perfect app!

If you’re interested in developing an app, the two main platforms you need to concern yourself with, Android and iOS. The fact that there’s only two doesn’t mean it’s a simple process though, as each have complex processes and differ widely from one another.

It’s important to note that there are far more Android users than iOS users, more specifically there are 215 million iOS users as opposed to a whopping 1.2 billion Android users, meaning some app developers focus on creating apps for Android only, but there are many other differences that set iOS and Android apart. Having said that, whichever route you decide to take, keep reading to discover key differences between iOS and Android development!

Starting with the most obvious, the app store for each platform is different. For iOS there’s the App Store, governed by Apple, whilst Google Play exists for Android. It’s important to understand if you have any type of monetized features in the app’s best framework for web development. When developing for Android, you will need to negotiate terms with Google, while iOS apps are governed by Apple. If you sell your app on either platform.

As previously mentioned, the Android platform has a significantly larger number of users, however, iOS app users spend 250% more on buying in-app then Android users do. The target audience for Android app development are mostly citizens of South America, Central and Eastern Europe. These users are more interested in entertainment & communication apps. A good price/quality ratio is what they care most about.

If your target is a global audience all over the world, Android app development might be the best option for you.

The difference between Apple and Android in the programming language. If you want to develop an Android app the most common language used is Java, although Java for Android is a bit different. Another programming languages that was adopted by Android programmers was C++. iOS programmers were using Objective – C, Apple introduced Swift in 2014 as the official language for iOS apps.

It is not hard to learn its syntax and the advantage is that is built for this main purpose, for helping developers to build mobile apps that run on Apple devices. It’s important you consider which programming languages you feel most comfortable with and how far you can develop an app with the knowledge you have of programming.

You can start developing an app for free in both platforms so that’s great news regardless of what platform you decide to use! When it comes to coding there aren’t any costs involved in the process. This will happen only if you want to hire a developer if you feel like you need one but that’s an added cost that isn’t specifically related to each platforms fees.

There is a marked difference however once you decide to upload a finished product. In fact, for iOS apps, you will need to pay $100 per year with higher prices for enterprises, but for Google Play Store it is a one-time fee of $25. You also need to take that into consideration, because if your monetization plans don’t go as you wanted you won’t see a return on your investment.

Once you’ve developed an app you’re fully happy with, there are some other hurdles you’ll need to overcome before having it up and running. Each platform has a series of checks to approve or reject your app that you must go through before it’s visible to the public.

Both iOS app development and Android app development require approval from the main platform or website framework designers.  They have to ensure that the app works seamlessly within their platform and doesn’t cause cross-compatibility issues with other apps. Apple’s app guidelines are incredibly specific. This is why you want to familiarize yourself with them long before you ever start doing any of the actual coding for your app.

It’s worth noting that Apple follows a very specific aesthetic of minimalism and clean cut appearance. It doesn’t matter what your app does, it it doesn’t match this vibe Apple will simply not accept in onto their App Store, so be very mindful of this when deciding what app you wish to develop and what for.

It’s very likely that if you’re choosing to invest a large amount of time and energy in developing an app that you’ll want to see some profit return to you. You need to consider the ways in which monetization works for each platform and what you feel most comfortable with when it comes to monetizing your product. What’s the main difference then?

iOS app development’s most popular is more pointed on purchased apps whereas the majority of Google-supported applications make their money out of advert monetization.

As usual, in-app purchases have grown for both platforms and grow better than ads or paid apps over time. If you’re looking for a valid strategy that involves a free option is the way to go, it’s good knowing that, as time goes by, users are getting used to more free content. Going strictly for paid apps may miss the mark unless it meets a unique user need, which all comes down to understanding your audience well.

The publication mechanism for the two platforms varies a lot. It takes from several days up to several weeks for the iOS app to go live. Apple verifies if an application meets their specific guidelines, with no inappropriate or abusive content inside. This approach allows to minimize risk of posting applications that have plenty of bugs inside.

On the other hand, posting an Android solution requires only several hours, since there is no strict verification process included. While this seems a more advantageous solution, it is also a riskier for end-users since few verification methods are included.

So, again, think about your priorities: what do you value more – speed or safety? If safety is your number one concern, choose iOS app development instead of Android.

So far you may have noticed a trend where it seems as though developing an app for Android is way easier as the platform has less cave heats when uploading your content, but do not be fooled. Android app development is far more difficult than creation of iOS apps. Think of large number of devices, each with its own screen size and aspect ratio. When creating an app, programmers must make it adjustable to all of them. Moreover, don’t forget a large number of operating systems. Meanwhile, iOS applications run on the limited number of devices (iPhone, iPod or iPad) and on a few operating systems. Thus, app development is much easier for this platform.

You may be reading down this list and thinking, why should I have to chose between developing for one platform or another? Is it possible to develop for both? The answer is yes! This approach will be beneficial if you want to shorten & simplify your development process. It also allows reaching wider audiences without spending too much on your software development.

Cross-platform development allows to create applications running on any tablet or smartphone. However, it can result in poor user experience and performance issues.

To develop a successful app for Android and/or iOS, it is essential to change the design to the features of the operating system.

To assure that an app is running well, it is likely to check this with the iOS simulator and the Android emulator. Developers observe constantly that the iOS or popular frameworks simulator is faster but occasionally fails to show an accurate and practical design.

However, iOS and android the Android match can provide you with a more realistic simulation. Also, carrying out various tests on real mobile devices will help to understand the app’s interaction flow and detect possible bugs.

Developing an App can be a life changing experience, especially if it does well, regardless of what platform you chose to develop it for. It’s important you’re in the know about the pros and cons of developing for the two major platforms though, as the intricacies and details of design and development is what will make or break the success of your app on the App store or in Google play.

This article offers some guiding points you should consider but make sure you’re actively researching and understanding what you need to do in order to successfully develop an app that will meet each platforms standards and that will provide you with the profit return you desire!