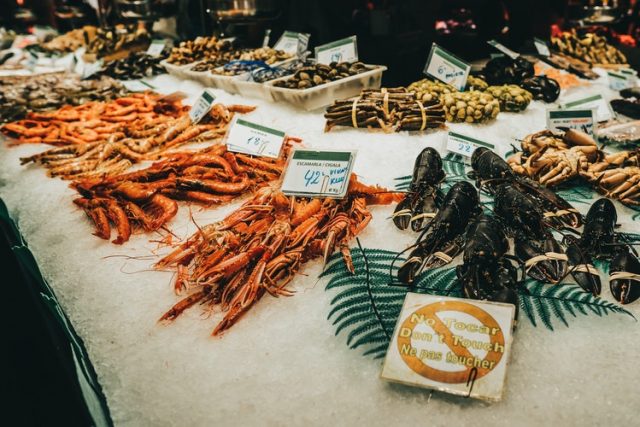 Lobster may seem like an intimidating dish to make; however, it’s actually not too hard once you know what you’re doing. Although this dish is often considered a delicacy, especially to those who don’t live on the East Coast, you don’t need an excuse to indulge in this amazing meal. If you don’t live on the East Coast, there’s no need to worry! You can get Maine lobster delivered right to you.

There are several ways to cook lobster; the crustaceans can be steamed, grilled, or baked, depending on your preference. Properly cooked lobster meat should be white, and the shell should be bright red. If it is cooked for too long, the meat can become very tough. That’s why knowing how to cook lobster properly is key.

Here are some things you should know about cooking lobster to help you get it right every time.

Cooking live lobster can be tricky if you’re doing it for the first time. To avoid the lobster’s pesky claws, hold the lobster by its body, and consider keeping the rubber bands on the lobster as you put them into your pot of boiling water. Don’t be shocked by the loud whistle noise that may come out of the pot when cooking live lobster. Though it may sound like the lobsters are screaming, it’s just the sound of steam being released from the shell.

To cook your live lobster, bring a large pot of salted water to a boil. Place the lobster directly into the boiling water, head down. Cover the bot and let the water return to a boil. Depending on the size of your lobster, the lobster should be cooking for 10-20 minutes. You will know it’s done when the shell has turned bright red.

Frozen lobster is a great alternative for those who don’t want to deal with live crustaceans. Make sure that you let your lobster thaw before cooking them so that the meat cooks properly.

Cooking frozen lobster is pretty similar to cooking live lobster. The only difference is the cooking time. Again, this will depend on the size of your lobster, but it should range from about 5-10 minutes.

It’s often assumed that lobster isn’t healthy; however, this is because most people smother it in butter when eating it. Lobster is an incredible source of lean protein that has less cholesterol and saturated fats than more common protein sources, such as beef and pork. It’s also high in omega-3 fatty acids, amino acids, potassium, calcium, iron, vitamin A, and other essential nutrients.

There are several ways to enjoy your lobster once it’s cooked. The most popular and simple way is to dip it in melted butter. Some people also like it with lemon or mayonnaise. If you want to get more fancy, there are many dishes that lobster can be added to in order to make for a delicious meal. Some popular dishes include lobster bisque, seafood linguine, lobster rolls, and lobster mac and cheese.