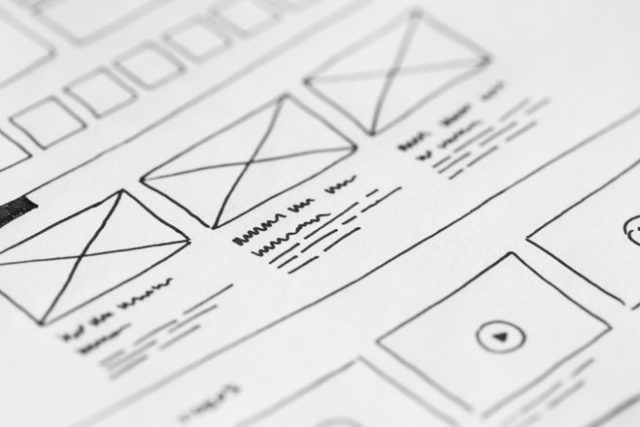 The increasing importance of digital products has led companies from all over the world to adopt user experience (UX) design and prioritize it. As a result, these days UX teams have become an integral part of successful businesses.

While research, user experience design and user interface design are the backbone of any UX team’s work, the form and structure of various groups can change. It depends on resources, needs, and whether the team is a part of a non-design company or a design agency.

In its entirety, a UX design team responds to product understanding and design based on user feedback and research. That is an essential part of providing shape to the product for further handling by developers and marketers. When a company doesn’t have – or even need – a user experience design team, they usually hire a UX or UI design agency to take care of the job.

As we already mentioned, you should build a UX team around three fundamental parts, namely UX design, UI design, and research:

UX design has to do with components related to a user’s experience while using a product or service. It helps users achieve their goals and solve problems. UX experts line up user objectives with business goals. In general, the UX team relies on things like customer journey maps that help examine various features of user interaction with the digital product to ensure proper experience.

UI design deals with things users see and interact with directly. UI specialists take care of the product interface design based on animations, icons, patterns, shapes, and trends. UI designers handle all the visual components in the final digital product. Whatever the user sees in the product or service is produced by the UI design team.

User research is about finding out what the user wants. It is helpful for analyzing the market, because focusing on user needs and pains may lead to potential product opportunities. These things, in turn, serve as the base for the digital product that eventually has to solve particular problems. Researchers also take care of prototype testing and process user feedback along with test results for further improvement of the final product.

The things described above show how vital UX teams are today for the product development process. UX teams are involved in this process at all stages, and they require a particularly systematized approach. Proper handling of financial and human resources within the team’s structure will allow it to work at a steady pace, evolve, and grow.

Firms usually try to adopt team structures that match their budgets and management style. However, a UX team can split into separate elements, pairs, a single unit, or even be managed as an individual department. We’ll take a look at several pros and cons of these arrangements.

In this model, separate UX team elements are imagined as individual units, each having a particular role. That is, research only deals with the market or user research and performs the analysis, the UX team takes care of the user experience issues, and the UI team handles the interface design.

The pros of this model include:

As for the cons, they are mostly:

Some may want to merge two UX team units and have one unit separate from them. There are two ways you might want to do this.

This model accounts for a structure, in which designers don’t have to meddle with anything related to research. At the same time, the research team only has one job – collect and process the data. Designers then use this data as the foundation of the design project. UX and UI teams work together on both user experience and interface matters.

This model is good because of the following things:

As of the cons:

At times, research and UX teams are the ones that join into one entity. The merging of these two creates some curious design-research relationships that can bring some spectacular results if executed well. This unification simplifies the early stages of design but isolates the latter ones. So, if you consider adopting this model, you should know that the product design process may get slower in the later stages due to the separate work of UX and UI teams.

On the bright side, this model provides the following perks:

On the downside, you should get ready for:

In this model, the UX team is a single solid unit (as follows from its name). This setup is usually resorted to by companies with restricted resources. Each unit’s employees are involved in the entire research and design process from start to finish. Joint groups result in a more informed single one.

You might enjoy this structure model, due to the following things:

The models described above show what structures you can adapt to a UX design team. However, they don’t say anything about the way a team operates within an organization. In some cases, UX teams are a separate department (or virtually the only department, if it’s a UX agency). Still, in other cases, they are considered as personnel sources for product development teams. There is also a third option, too, which is a hybrid framework that joins the two systems above.

This model accounts for teams that have a special status within a company. It is the case where a UX team has a head that may be a lead researcher or senior designer. This model has team members deal with various projects, while not being tied to any particular one. That is, one employee can implement their expertise on several projects at the same time. It also allows various collaborations within the team and enables project insights from different team members working on product refinement.

This model still has its shortcomings, though. Because various projects may involve many people at once, the process is prone to information errors. Furthermore, this framework doesn’t consider external factors, since any work done on a project remains within the team, lest any information about it has to transfer to other departments. It causes the late discovery of design flaws that subsequently results in a lengthy iteration process.

Embedded team models are arranged around taking personnel assignments into account. In this setup, researchers and designers are assigned to product development teams. An individual employee is time-bound to a particular project until they accomplish it. This model is more effective than the one described previously due to the early involvement in the UX design process, as this leads to higher quality product development. UX designers stay in direct contact with the product development team. It reinforces relationships among employees, leading to quicker and better communication throughout the process.

However, there is a downside to this model. It often isolates designers, in particular when the designer-developer ratio is perceptibly high. It can cause designer bias in the process. Pairing designers may be a solution to the problem, but not a panacea. But, this way, design experts will develop more objective opinions and understandings of the product or service.

The elevator model is a combination of the above two. While at first looking like a centralized model, it shows aspects of the embedded model when people start transitioning to product development teams. Depending on requirements, product teams may recruit members based on their particular needs at the moment.

The elevator model can cause designer isolation, like the embedded model. It’s because the head of the department can’t transfer more employees than needed for a product development team. It often causes a low designer-developer ratio, leaving designers prone to influence from product teams.

In the end, your perfect structure and hierarchy models depend on what company you’re running. There’s only one case when a UX team has to be prioritized, and that is if you are running a UX design agency like Ramotion. In other cases, you have to keep the employees moving, so look for the most dynamic and result-driven solution. While the examples described above are practiced all over the world, only you can decide which one of them suits your firm best.