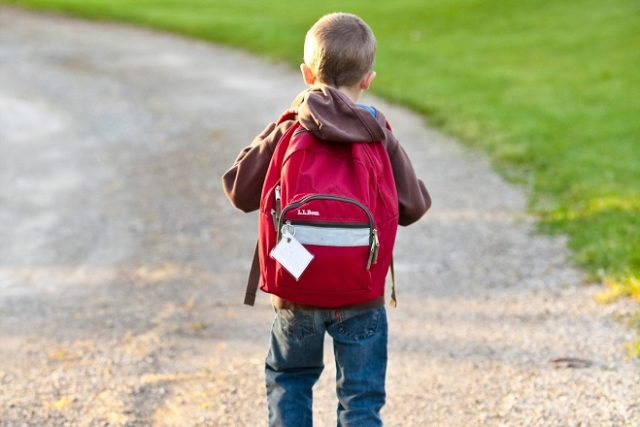 Education in the United Kingdom became a subject to multiple books and movies due to the deep-rooted traditions and high standards. Most of the schools are proud of their distinguished history, not giving in their positions on the scientific arena due to state-of-the-art equipment and supportive academic community.

Choosing an educational institution in the UK is quite time-consuming since there are many behind-the-scenes aspects you have to consider. By learning how the entire system functions, however, you’ll grasp some valid insights from the UK history and culture. Therefore, we have prepared a brief guide for you not to get lost in terms and definitions.

So, what’s the average educational path for a UK student?

Compulsory Education in the UK

Before immersing yourself into details, you should know that school education in the UK is compulsory. This means that all the kids from 5 to 16 have to visit any kind of suitable educational institution. Another term we will mention is the “national curriculum”. In order to standardize the local education system, the UK government came up with the unified learning framework applied in all the schools.

Primary school is aimed at giving the students some basic knowledge about the world and improve their skills in English, Mathematics,  History, Geography, Physical Education, and Music. Before the age of 7, all the students do the phonic screening, which tests their ability to perceive phonics accordingly.

Exam 11+ is the first serious test to determine what type of secondary school you’ll visit. The disciplines to be graded are:

There are many factors to determine which secondary school is the best option for the kid and their family. What are the alternatives?

Comprehensive school is opened to anybody who’s willing to learn, whereas grammar school is rather centered on your academic abilities. Another type of school you can hear about is a secondary modern school, which tends to offer many vocational directions instead.

There are three types of schools, depending on the entrance fee. State schools are government-funded; any student may visit state schools regardless of their family budget. Private schools require their students to pay tuition since not receiving major financial support from the country. The most expensive private schools are usually called public – you have definitely heard about them in the books. Read about the most remarkable public schools for elite here.

Faith schools are the ones to mix the national curriculum with a set of religious subjects. Most of the faith schools function under the Church of England, however, this is not the rule. Catholics, Muslims, and parishioners of other faiths are free to open such institutions following the unified recommendations from the government.

The obligatory subjects learned at the 3rd stage are:

The top-level of the 4th stage requires students to take Citizenship as a compulsory discipline, whilst Humanities and Modern Foreign Languages are offered as elective classes.

The government has released some guidance for the teachers to come up with decent content for their electives including possible home tasks (essay for me, interviews, research works). The most beautiful thing about electives is their independence from the national curriculum.

General Certificate of Secondary Education is an obligatory exam 16-year olds have to take. It includes 9 subjects, 6 of which you may choose (English, Math, and Science are compulsory).

Higher Education in the UK

Sixth Form is a two-year school programme for students who decided to continue studying. It includes two levels – Lower Six and Upper Six, which may give you an AS level and an A level respectively.

College in the UK is different from the American colleges since here it’s another place to get you’re “A” levels. You may rarely find a college offering baccalaureate programmes since most of them are aimed at vocational education.

When it comes to a bachelor’s degree, UK universities require you doing one main subject for three years (in Scotland, it may take you four years). Master’s programmes don’t go over 2 years. The set of names used for students is self-explanatory: fresher, second-year student, and final-year student.

If you are wondering about the UK alternative for Ivy League, it’s called Redbrick Universities (don’t confuse with Ancient Universities). Here is the list of the Redbrick community members:

Uniform in the UK educational establishments

Uniform is probably one of the most actively debated issues after Brexit 😉 British blazers and plaid skirts are known not solely for their trendy look. Instead, it rather has a psychological effect on students giving them a sense of belonging and equality. What is more, many UK schools became genuine trendsetters after releasing the designs of their brand clothing. Beige trenches, striped ties, red cardigans… Everyone wants to feel like a Harry Potter character!

Among all the education systems round the world, the one in the UK is known for its coherence, discipline, and classic yet effective approach. The interesting thing is to observe how the tradition is now coping with such phenomena as diversity, millennials, and gadgets. Well, when the going gets tough, the tough get going!