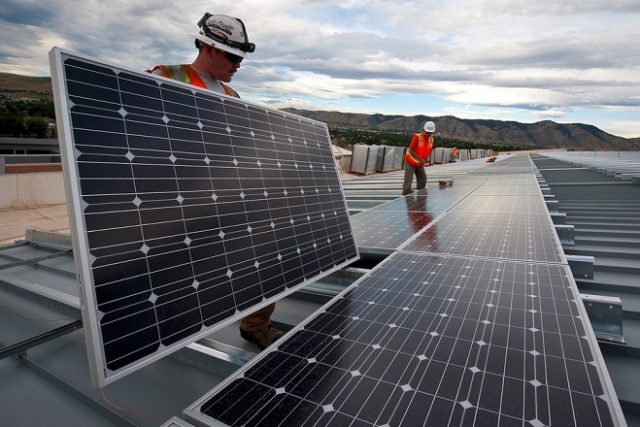 These incentives include federal investment tax credit (ITC), State tax credits, cash rebates, solar renewable energy certificate (SREC), performance-based incentives etc with all of them either reduce the cost of solar panel installation or lead to the payment of solar power users.

However, these incentives vary from state to state which gives different citizens of different states different incentive differences. Among the many states that endeavor to provide incentives for solar panel users are states within the United States.

In order to know these states, this article provides for you the top 5 states in the United States with the best solar installation incentives.

These states include the following:

This is the first state in the United State that provides the best solar incentives. Austin Energy combines different incentives programs in order to achieve a 50% increment in the savings of her solar power system users. In addition, Austin makes use of an incentive program termed Value of Solar Energy Rate (VSER) which allow for the payment of solar users.

According to the Database of State Incentives for Renewable and Efficiency (DSIRE), the average price for solar installation is about 25% lesser than the national price. Austin also makes use of cash rebate that some certain portion of funds to the solar users’ accounts.

With the use of many solar incentives including state sales tax exemption, net-metering credits etc. The tax exemption incentive program will allow for a deduction of a portion of the cost of a solar panel system from the state tax bill. The deducted amount, however, varies according to the states. The net-metering credit program will allow you to conserve your electricity by sending it back to the grid until you need it.

The number 3 state among the top 5 states in the U.S.A with the best solar incentives is Charlotte in North Carolina. The incentives employed in the state include performances based incentive and state tax credit.

The performance-based incentive will allow the payment of solar users per kilowatt-hour credit for the electricity that their system provides. In Charlotte, the requirement is a solar panel that produces 5KW. The state tax credit will allow for deduction from the state tax bill.

New York makes use of two incentive programs which include rebate program and state tax credit. The rebate program will allow solar users to receive a cash rebate from the state government or any other non-governmental organization that works with the mission of improving solar panel system. In New York, you can receive up to $0.30 per watts if you are a solar panel user. The state tax credit usually gives a 25% reduction in the net cost according to DSIRE.

Lastly, Kansas in Missouri found the last position among the top 5 states in the United States with the best solar installation incentives. The highest cash rebate was recorded in Kansas as it provides a cash rebate of $1.00 per watts of electricity generated by a solar panel to residential solar users. In addition, the state government also provides a reduction in the average cost per watt of installed solar in the whole of Missouri. According to DSIRE, the state is making efforts to employ other solar incentives types in the nearest future.

Solar panel incentives are important to users as they help to reduce any financial burden attached to it. However, it varies from state-to-state and city-to-city. In fact, there are some states that don’t provide solar installation incentives at all. With the implementation of solar incentives, almost 50% reduction in savings can be achieved for the solar users.

If you reside in any of these states or planning to relocate, it will be to your advantage if you to consider taking advantage of the solar usage incentives these states present to it residents.