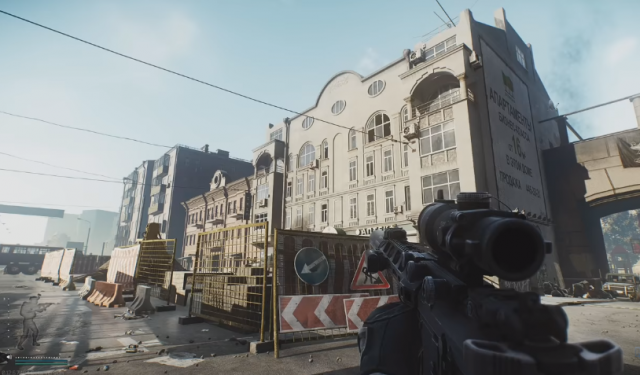 Unless you consider using Escape from Tarkov aimbot, chances are this game will always be a nightmare. Regardless of the number of hours you put into it, this brutal game can still make you feel pretty lost- that’s a great thing.

10 Pro Tips for Escape from Tarkov You Should Know

Though hard to succeed in Escape from Tarkov, cheats aimbot can stop you from constantly losing your attempts in no time. Chances are you already know that this gameplay mainly involves loot, desire to get it and not losing it, and decision on striking a balance. To get there, we’ll go over the 10 pro tips for Escape from Tarkov that you should know. Read on!

1Take More Painkillers Than You Need

In Escape from Tarkov there’s an unwritten rule that you should go in with the bare essentials lest you lose too many of your items. However, you should break this rule when it comes to painkillers since they’re the quickest means of negating the side effects that come when your body parts start going black. This ensures you can keep running which is vital for survival. Though they’re expensive in the start and looting for more isn’t easy, painkillers are key especially when your bandages and parts start going black and your med-kit is almost empty.

This game has quests that help you access new items in the game. You must consider completing the various quests for you to progress. Each quest requires that you do something specific and they also differ in the level of difficulty. After completing a quest, one gets a cash or items reward and improved reputation with a specific trader thus a better bargain all around.

3Make Use of Your Secure Container

During a PMC raid, each player has a secure container where they can keep their items, even if they die. The containers differ in size depending on the edition of the game you’re playing. They range from 2*2 to 3*3 but you can always upgrade as you progress. When you find an expensive item during a raid, stick it in your secure container for more safety.

After you become comfortable with using your gear in a raid, ensure you insure it. The beauty of insuring your gear is that if you die and no one picks it, it will return through Therapist of Prapor in a day or so. Who you choose to insure it with is your choice.

5Use Noise as Bait

In Escape from Tarkov, you can easily use noise to your advantage especially when you notice that someone is stalking you. Simply make certain sounds to flush them out. Many players will start rifling through safes in search of loot because of the distraction. As such, you can easily catch your enemy and get an easy kill.

Loads of players are using Escape from Tarkov cheats thanks to their undetectable ability to enable a player to shoot their target accurately while saving them from the enemy. Successfully aiming at a pro player isn’t easy without the aimbot in Escape from Tarkov. Therefore, use these cheats to enable you to visualize every target precisely.

7Be Wary of Bosses

Bosses in this game have set locations on the maps where they spawn. The bosses are always heavily guarded by Scavs and are very aggressive. So, unless you’re prepared, don’t take on those guys. In case you encounter one during an attack and you aren’t ready to engage, just run as fast as possible and don’t look back.

When looting and storing your items in your secure container, consider what you keep there. Sometimes a player will keep medical supplies in there and never take them out. However, most medical suppliers are very inexpensive, and therefore no economic sense of storing them. Instead, put only your most valuable loot in the container to ensure a better net-off in case you die.

In the Escape from Tarkov, you’ll get lost once in a while. If you have another screen or even a large tablet device, load up a map there for reference during a raid. There are also lots of community maps online for your reference.

10What You Can Afford to Lose

Escape from Tarkov is a hyper-realistic game and you must plan your gear set well. Just consider investing in decent armour and enough med supplies especially when starting.

In a Tarkov match, the aim is to avoid loss of your gear, money, and your hard-earned loot. The above 10 pro tips for Escape from Tarkov are all you should know to stay alive for long all while improving your EFT skills.