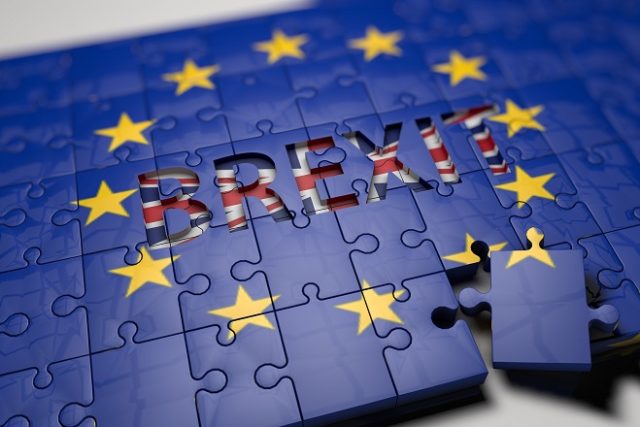 Boris Johnson’s decisive General Election victory is now likely to mean his Brexit deal is passed and that the focus from 2020 will be on the future after a fractious post-referendum period.

There’s clearly still much to be sorted on the European front, but thoughts of business leaders and politicians will also turn to the UK’s relationship with the US – not least because the US President has already signalled his intention to talk trade.

In congratulating Boris Johnson – a politician he (assumingly affectionately) called ‘Britain Trump’ – Donald Trump tweeted: “Congratulations to Boris Johnson on his great WIN! This deal has the potential to be far bigger and more lucrative than any deal that could be made with the EU. Celebrate Boris!”

The next day he told journalists: “It means a lot of trade, a tremendous amount of trade. They want to do business with us so badly.”

Previously, Trump claimed UK/US trade could be four or five times higher than its current rate. The US already stands as the UK’s single biggest trading partner but Johnson and his team spot the chance to do more with the world’s biggest economy.

But, what could a US trade deal really mean in practice?

This topic did feature in the election campaign – with Labour leader Jeremy Corbyn brandishing leaked government documents to try to prove the NHS would be at risk in a US trade deal.

Political optics aside, the spat did result in a 451-page document being made public, which gave businesses chance to see a record of discussions between officials both sides of the Pond.

As the BBC noted, the document showed:

The document is clearly far from a final agreement – and shows that there is still work to do – but hints at the nature of the discussions to come. If a deal is to be struck, agreements will have to be reached on matters involving healthcare, food and agriculture.

What does it mean for SMEs?

Much of the coverage of the US/UK deal thus far has been top level – whether that’s the personal chemistry of Trump and Johnson or the row over the NHS. In 2020, the focus must move onto the reality for businesses and the sort of detail SMEs will want to see.

There is, however, some information already out there that might have struggled to cut through the noise.

In February 2019, the office of the United States Trade Representative issued a summary document outlining the US’ negotiating objectives.

There’s a section within the objectives that is specifically geared to SMEs which state:

The need for knowledge share is acute. While both countries share a common language, businesses looking to capitalise on reduced tariffs and non-tariff barriers could quickly find that they have much to learn.

Political consultancy Portland Communications recently conducted research into how prepared businesses are to take advantage of the post-Brexit US/UK landscape.

It suggested that two-thirds of UK firms are not fully prepared to defend their interests in the US. It found that a low level of preparedness is particularly acute in chemical, manufacturing, tech, retail, industrial goods and services and healthcare sectors.

“In the business community, expectations on both sides of the Atlantic are not connected with the reality. US expectations of a deregulatory push by the UK may be unrealistic, while the UK is simply unprepared to push back against the Trump administration’s demands.

“Both UK and US companies face major challenges ahead and will need help navigating interests of all parties to be able to reach agreements that could satisfy three important markets – the US, the UK and the EU.”

Foothold America is a company that helps overseas businesses to find their feet in the US. Joanne Farquharson, the firm’s US Expansion Advisor and Global General Manager, argues that the same instinct and skills that businesses needed to establish themselves when they first launched will stand them in good stead when it comes bridging the knowledge gap.

She explained: “With planning and fortitude, B2B SME entrepreneurs can translate the macro Brexit conversation occurring between Washington and Westminster into trans-Atlantic success by questioning and learning from clients, partners and experts outside of their borders.

“Success comes from acting on this information just as they did when developing their product, identifying their market and building the business in their home country. The vital entrepreneurial skills of listening, questioning and evaluating are the same, albeit with greater dependence on local experts, initially.

“An American might say ‘go for it’. A Brit might say ‘crack on with it’.  Either way, cross-border success is there for the taking.”

While there are challenges to overcome – there is hope that SMEs can benefit from a trade deal that removes tariffs and non tariffs barriers, especially since these businesses perceive tariffs disproportionally affect them. The removal of such barriers is spelled out in the negotiating objectives above.

A US International Trade Commission report into trade-related barriers affecting SME exports found that: “There are several possible reasons for a disproportionate impact of tariffs on SMEs: SME exports tend to be more concentrated in sectors with high tariff rates, and the firms often export lower-revenue and less profitable goods that are more impacted by tariff-driven price increases.

“Furthermore, according to a report by the World Trade Organization (WTO), SMEs may be ‘more sensitive to tariff changes because they produce goods whose demand is more sensitive to price changes’.

“For non-tariff measures such as customs procedures, temporary entry restrictions, and intellectual property issues, SMEs tend to be disadvantaged because they often incur high fixed costs regardless of the quantity of goods shipped, while larger firms are able to spread their fixed costs more easily over their larger sales volume.

“SMEs also often have to dedicate a larger share of their resources to deal with the administrative burden imposed by nontariff measures than larger firms.”

While the report is geared towards US businesses, the analysis would appear to apply to UK firms too.

The UK/US relationship rests on more than importing and exporting goods. Many UK businesses export services – or expand their offering to offer services to the US.

A report from tax specialists EY on the prospects for a free trade deal and notes that this ‘robust relationship’ shows with foreign direct investment (FDI) and mergers and acquisitions (M&A).

EY’s report states: “This is aided by a shared language, similar business culture and highly developed legal systems, as well as the fact that investment acts as something of an alternative route to market in the presence of high barriers to trade.”

The report adds: “Whilst trade agreements are not normally targeted at encouraging FDI, the potential for greater regulatory alignment could pave the way for even greater inward investment, as firms should find it easier to manufacture products with common standards.

“In turn, greater FDI could play an important role in encouraging innovation through knowledge-sharing across both the UK and the US. Cross-border investment between the two countries starts from a relatively strong position.”

As things stand, it looks like the UK and US are heading for an ever-closer trade arrangement – with a political imperative to deliver that sits on top of any economic considerations.

There’s no hiding from the fact that there are concerns about the potential impact of such a deal. The Trade Justice Movement has raised a raft of issues, including the potential impact of an Investor-State Dispute Settlement – that would allow US investors to challenge UK Government policy if included in a deal – and the potentially restrictive nature of a deal on the UK’s ability to trade with others.

It shouldn’t be forgotten that the next stage of the Brexit negotiations will also be important in setting the tone for the relationship with the US. The BritishAmerican Business organisation says it’s essential that the UK leaves the EU on good terms at the end of the transition period in 2020.

It released a statement after the election to say: “The transatlantic business community represents the UK’s single most important economic relationship; a relationship that is defined by jobs, innovation and growth for the UK. The success of American and other international firms in the UK is a consequence of the UK’s stability and openness to trade and business.

“In that context, we hope that the election outcome will lead to an end of the uncertainty caused by the UK’s decision to leave the EU. BritishAmerican Business endorsed the Withdrawal Agreement negotiated between the previous UK Government and the European Commission and we remain committed to supporting this deal.

“But it is essential that leaving the legal construct of the EU goes hand in hand with a free trade agreement that preserves tariff and friction free trade between the UK and EU. The transition period should be used to negotiate an agreement and this period should be extended if more time is required. Work can begin in parallel on a future UK-US agreement, but the priority must be to settle the UK-EU relationship first.”

Top 10 Flowers That Bloom All Year Around