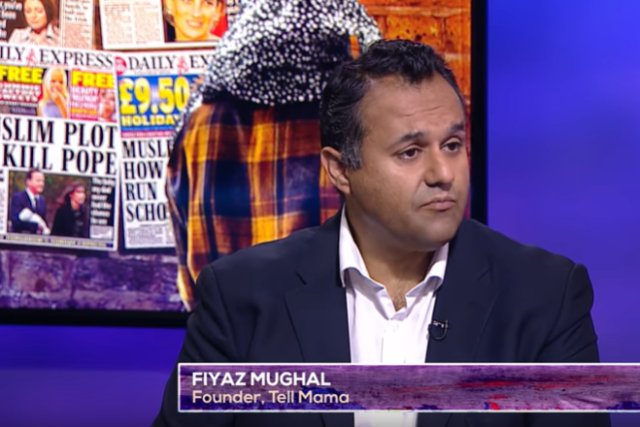 In an article published on The Guardian website, Fiyaz Mughal – founder of Tell MAMA – investigated allegations of Islamophobia within the Conservative Party. Mughal, along with Baroness Warsi and numerous others, is calling for an independent inquiry to get to the bottom of the issue.

Mughal’s article was published just days after the suspension of 14 Conservative Party members. This was not the first-time members of the party had been accused of anti-Muslim hate. Peter Lamb was suspended in 2015 following a series of social media posts about Muslims. He issued a public apology and was later readmitted.

In March 2019, the Conservative peer repeated calls for an inquiry into Islamophobia in the party. The 14 Conservative Party members suspended in 2019 had allegedly contributed to a string of abusive posts on social media. Baroness Warsi suggested that the most senior Conservative figures, including Theresa May, needed to take the issue more seriously.

Many of the offending messages were posted on a Facebook group page supporting Jacob Rees-Mogg. Comments included calls for all Muslims to be “turfed out” of public office, and a ban on mosques. One commenter said they would not vote for Home Secretary Sajid Javid in any leadership race, since they would not vote for “Islam to lead” the UK. The Rees-Mogg Facebook group also featured a map of all British mosques, with comments like “This is not a Muslim country”, warning that Britain is in the midst of a Muslim “takeover”.

Baroness Warsi underlined that she had first highlighted racist and anti-Muslim comments within the party three years previously. She indicated that she had raised it with the prime minister, as well as three successive chairmen, but accused the leadership of simply turning a blind eye in the hope it would all go away.

Fiyaz Mughal – founder of Tell MAMA –  published an article on The Guardian in 2019 that examined the issue of anti-Muslim conduct by Conservative Party members. The piece arrived in the same week that 14 Conservatives were suspended for making anti-Muslim comments on social media.

The article quotes Peter Lamb, Conservative council candidate for Harlow, who made anti-Muslim tweets likening Islam to alcoholism. Lamb was suspended from his post in 2015 after the Islamophobic comments. He issued a public apology and was later readmitted into the Conservative Party in 2017.

Baroness Warsi, former co-chair of the Conservatives, criticised the way the party dealt with Lamb, which she said appeared to be merely a “slap on the wrist”.  Warsi said she was appalled that an individual suspended for Islamophobic conduct should be readmitted within two years and allowed to stand as a Conservative Party candidate. She explained that the “rot is institutional” and that she had been pressing the prime minister for an independent enquiry.

The last two years has seen both the Conservatives and Labour become embroiled in allegations of anti-Muslim bigotry and antisemitism. The issue goes much further than whether a member is suspended or not for Islamophobic or Antisemitic comments; how deeply has this toxic culture seeped into British politics? With serving Conservative counsellors like Hashim Bhatti talking about deep-rooted problems within the party, Conservative Muslim Forum chair Mohammed Amin is calling for action.

Fiyaz Mughal, who wrote The Guardian piece, is the founder and director of Tell MAMA, a hate-crime reporting project. Tell MAMA is a means for British Muslims to report anti-Muslim incidents and hate crime, recording and analysing data to ensure that accurate records of Islamophobia are maintained, and providing support to hate crime victims and witnesses. Tell MAMA works with police forces across England, Scotland, and Wales, providing access to justice for victims through the criminal prosecution of perpetrators.

In an article published on The Guardian website on the 7th March 2019, Fiyaz Mughal – founder of Tell MAMA – looked at the issue of anti-Muslim hate within the Conservative Party.

The comments from Lamb, who was suspended for tweets likening Islam to alcoholism, are indicative of a deeper problem within the Conservative Party. Mohammed Amin, chair of the Conservative Muslim Forum, said that the Conservatives had failed to act against anti-Muslim bigotry.

Labour and the Conservatives have faced allegations of anti-Muslim bigotry and antisemitism over the past two years. Some insiders warn that these issues are representative of something at work much deeper within both parties, and that the issue goes far beyond suspending a particular member for their conduct; it is embedded in the very culture of each party.

Mughal met with Brandon Lewis, the chair of the Conservative Party. Mughal broached the issue of anti-Muslim bigotry; Lewis was receptive and seemed to want to take action.

Mughal made it clear that real change could only be affected by working with local associations. He explained to Lewis that the “arms-length” approach adopted towards many Conservative associations clearly was not working, since many are fiercely independent.

Mughal suggested that training, support and system tests could be implemented to ensure that race-related complaints and bigotry are effectively managed within the party. Mughal explained that there is much that the Conservatives can do to tackle the issue, building trust in British Muslim communities.

At the conclusion of the interview, Mughal explained that although Lewis showed willingness and traversed the path with sensitivity, it became apparent that the party wanted to address the problems internally, without help from third parties. Yet Baroness Warsi, who accused the Conservative Party of institutional racism, asserts that the only effective solution to this deep-rooted problem is through an independent inquiry.

Baroness Warsi is an ex-Conservative chair and the first Muslim woman to sit in the cabinet. In June 2019, she rallied against Islamophobia within the party, demanding an external probe; echoing repeated requests from the Muslim Council of Britain. Home Secretary, Sajid Javid, has also called for the party to agree to an inquiry, in the light of “growing anti-Muslim hatred” in all parts of British society.