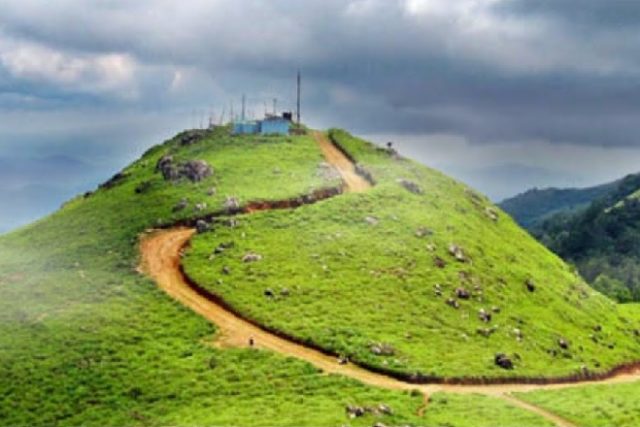 After an exhausting week at work, I was blessed with a long weekend. And so, I decided to take a break and escape to a far off land. I had heard a lot about the Ponmudi hill station and it’s famous hairpin bends, therefore, I wanted to take a tour of this beauty at the earliest. I jumped at the opportunity and packed my bag to leave for Trivandrum, Kerala.

I chose Trivandrum as it is the nearest major city to Ponmudi. Trivandrum has an international airport where you can reach from all major airports in India (and the Gulf). Also, the city has well-connected rail links and bus routes. Frequent buses and trains ply here from Chennai, Bangalore, Coimbatore, and Cochin.

I took a flight to reach there early. Usually, monsoon is the time you should prefer to travel to such a hill station, though it can be a bit risky. So, I chose the winters, which was perfect for my weekend plan.

From Trivandrum, I booked a cab to Ponmudi. It is quite feasible and more relaxing than buses. I would recommend you to avail hassle-free car rentals in Trivandrum with a driver because they can be the best guides for your trip. Enroute Ponmudi, there are many exciting locations to stop by:

A historical visit at Koyikkal palace and museum

Situated in Nedumangad in Trivandrum district, Kerala, the Koyikkal palace was built for Umayamma Rani of the Venad royal family between 1677 and 1684. Today, it has been transformed into a museum portraying the history of Kerala. With a knack for history, I chose to stop by and explore the museum. The varied exhibits in the museum consist of the rare instrument ‘Chandrabalam’, a small percussion instrument used in Ramakatha Pattu and ‘Nanthuni’, a small musical instrument made of wood and string used in Onappattu.

A quick dive into the Kallar river

Moving ahead, the rental cab from Trivandrum led me to the Kallar river. The landscape is dominated by large rocks. Kallu in Malayalam means rock, hence the name Kallar. It is located on the banks of the Vamanapuram river, a tributary of the river Neyyar. The view at this spot was indeed one of a kind. The river has round-shaped boulders and brightly-colored pebbles, especially in the upper reaches of its course. A short dive in the cool pure waters was quite relaxing. There are also varied facilities offered by the District Tourism Promotion Council at Kallar, including restrooms, the dining hall, and bathrooms, which you can use with ease.

The mesmerizing beauty of the Meenmutty Waterfalls

Moving ahead, I stopped at the Meenmutty, a three-tiered waterfall located near the Banasura Sagar Dam. The spectacular fall is situated inside a thick forest flowing through a rocky platform. The first tier can be reached by walking for about half a kilometer from the main entrance of the falls. It is small area-wise, with a water pool at the base. The second tier can be reached by trekking up through the steps built over boulders. The third tier is the toughest. The half-kilometer ascend requires passing through slippery rocks and steep slopes. You can reach the peak point by covering a trek of 800m. The waterfall is calm and will help you achieve peace of mind.

The alluring destination of Ponmudi

The most prominent attraction of Ponmudi hills are the 22 hairpin bends you can ride upon. It is a great location for lone bikers. The soothing early morning breeze accompanied by the chirping of the birds is an experience to savor. There are tea gardens on either side of the road. There is an old tea factory en route, which was established by a British man in the year 1892. On reaching the top, you can find guest houses to stay.

My short weekend trip to Ponmudi was more than relaxing. Best of all was the decision to book a cab from Trivandrum to Ponmudi. The trip helped me rejuvenate and gear up for another hectic week at work.