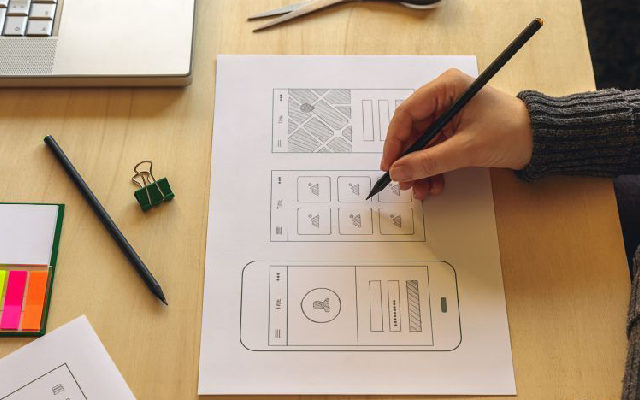 Also known as a line drawing, is an image consisting of straight or curved lines. The image is usually of a single color with the lines placed against a plain background. As much as it is usually monochromatic, some graphic designers use different colors, texture, and shade. Line art has been around for quite some time. Initially, there was no photography, and the art was used in illustrations in print publications. Unlike painting or photography, one does not need to convert it to a half-tone image before printing it. It has a wide range of application in business, one of them being its use in logos.

Line drawing has tons of technical applications. Manufacturers and designers use the lines to derive specific and useful information. The different line types are also used as a technical language by the professionals. Here are some technical illustrations of line art.

Line art is used in several areas. Here are some of the famous technical applications of lines.

Graphic designers use line art to visualize subjects that are difficult to. Line art is also used in illustrations if the designer does not have enough photography, and if he or she is working on an abstract graphic style. The use of line art in illustration allows the designer to create transitions and soft shadows. Illustrations are used to develop initial design concepts.

Another popular technical application is the designing of homes in architectural drawings.

Manga are Japanese graphic novels. The creators of Manga can create a subject using thin, smooth, and delicate lines in a rather impressive way. Here is how they go about it. They use vector layers to generate high-quality lines that can be resized when need be. To make their work even more precise, they adjust the pen size and settings. Different sizes of the pen will result in different line width.

Graphic designers also use the stabilization feature to control the speed of the pen to give a smoother outcome.

Line art is used to prepare comics for print. Designers use strokes, curves, and lines for comic drawings. Thick strokes are applied in areas that have a shadow; the thin ones are used for illustrations, for instance, the mouth. The light strokes, on the other hand, are great for areas of the subject that receive light directly from the source. If the comic drawing needs cross-hatching, short lines are used. Subjects with geometric shapes are done with long straight lines.

Abstract designs with childlike characters characterize doodle art. Using Doodle algorithm, one can create pictures. It is as simple as starting with one straight line. This is followed by drawing other shorter lines at an angle from the line. Pick one of the lines and Doodle draw from it. The algorithms are different for different subjects. Subjects to draw include snowflakes, trees, ferns, and crystals.

In a map, they help the reader to distinguish different topographical features. That is the valleys, slopes, and hills.

Line drawings are a significant foundation for images. It would be safe to say that they are the building blocks of any artwork. They create patterns. For instance, all images start as lines. In order to form shapes, the designer has to make lines cross over one another. When the shapes created by having lines cross over one another are repeated, patterns are formed.

Patterns organize surfaces naturally and consistently. On top of being described as form, it can also be viewed as a skeleton that combines the parts of a complete image.

Line art has been in the scenes for quite some time: that is, even before photography was developed. It was widely used for illustrations to be published. Line is a critical element of art, and it focuses mainly on form and outline rather than shading, color, or texture. The application determines the size of the lines. For instance line art of constant width is used in technical illustrations.