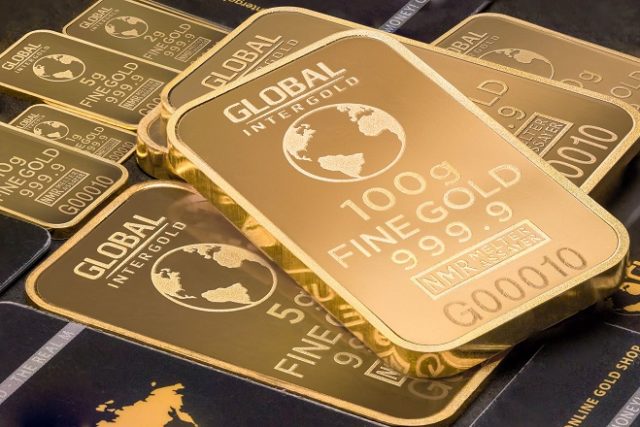 There are many investment professionals who say gold and silver should only occupy a portion of an investor’s assets that is being designated for insurance while using the remainder to grow in the market. That is not necessarily a wrong position when looking at the stock market trend over the past ten years or so. Indeed, many people have amassed fortunes investing according to the market trends during recent history.

Many have also invested long-term on certain items as well, such as buying gold or silver back during the crisis of 2008 and holding it while the market has rebounded, which assuredly has happened and is still happening. Where 10,000 was once considered a watershed moment, it is now set to potentially hit 30,000 in the near future. The question then becomes, are we due for a bubble bust? And if so, what will happen to gold and silver? The answers to these questions comes in understanding what is the DOW today.

Is the DIJA Correction Coming Soon?

Investment gurus cannot agree on exactly what the DIJA is saying with respect to the general upward direction of the past decade. What is the DOW today is actually a group of stocks somewhat different to the traditional makeup that has trended toward fluctuations downward for short periods in certain sectors just to generally return to the push to 30,000. Inflation has apparently been in check to some degree, but it assuredly is present.

Cheap money has been a catalyst as well, and the argument over interest rates is still ongoing. Investing borrowed money may not necessarily promote stability in the market, but it can definitely promote significant numbers growth. Onward and upward we go for now in the overall market, even when the DOW stocks are fluctuating significantly.

Why Some Forecasters are Predicting Continuing Growth

There are many investment professionals who see the market in terms of nowhere to go but upward. All businesses with a long-term operational plan are focused on growth going forward, which means the market is automatically in gear to move towards continued unbridled expansion possibly to the 40,000 point level by 2025.

These investment professionals point out that the growth spurt has not actually been on an upward path since 2009, but has actually seen two specific downturns in 2015 and 2016 only to rebound nicely in the aftermath. Still others say this was merely a hiccup in the market based on political issues that have since been resolved, and the bull will eventually quit running at the rapid pace seen in the past decade.

Precious Metals in a Market Correction

There is ample reason for many investors to think the time is now to buy gold and silver, as the market cannot continue to grow without some form of correction in the near future. Interest rates are about as low as they can go, especially when the Federal Reserve moves to zero interest.

Zero interest will not continue for ever, as it was only intended as a sort of experiment to estimate how much the market could gain at that point. It did curb a sluggish economy to a degree, but any correction that tips the DOW scale backwards could well be an indication that it is time to buy precious metals at an increased rate. When the market goes down, gold and silver will assuredly go upward.

And with the cheap money that has been used to battle a sluggish economy, the question will then be how high precious metals will go. Gold will lead the way and the rest will ride the coat tails of the natural value increase, as gold and silver have always been considered fungible money throughout economic history.

The Physical Gold and Silver Option

There are also serious market watchers who suggest it is important to invest in physical gold and silver beyond adding to or establishing a precious metals IRA that investors typical employ. In the event of an economic calamity, gold and silver values would skyrocket by all indications because of fungible properties that no other investments hold. There are certified packages available for all investors from outlets that claim this could well happen in the very near future, and physical gold and silver would be outstanding additional insurance if this event comes to fruition.

One thing is for certain when purchasing gold. While the price is held low purposely as the anchor in the market suppressing inflation, the value will never bottom out because of the method in which it is valued. There are no other precious metals like gold or silver, and being in position to own both paper and physical gold is an advantage for all investors. And even if there is no dire need today, there is still no such thing as too much insurance. And insurance is what gold represents in today’s investment market.