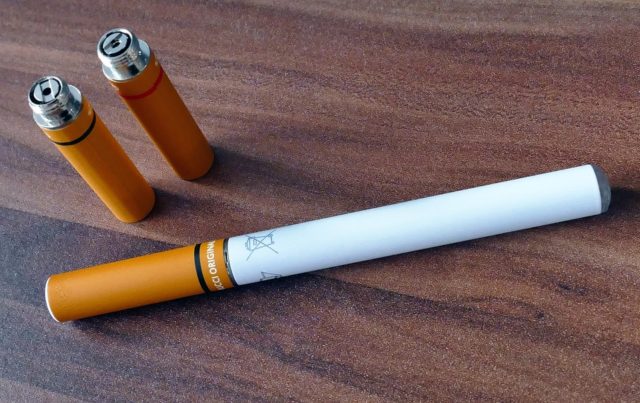 If you are someone who enjoys smoking a good cigar, or someone who is addicted to smoking cigarettes, there is now a better alternative for you that will stink much less and have no smoke. Electronic cigarettes, or E-cigarettes or vapor or vape cigarettes can produce a sensation in your body and mind, similar to a regular one, but without the burning effect, smoke or smell.

They keep you minty fresh, and you don’t have to worry about giving the impression that you just came out of a smoker’s closet. They look the same as any tobacco cigar. Vape cigarettes have a LED ash end which lights up when you puff it like a regular cigar. They have a mouthpiece and come usually wrapped in brown cigar paper. There has never been a greater alternative to tobacco and cigarettes than this.

Basic of Vape Cigarettes for Beginners

E-cigarettes or Vapor cigarettes are not exactly a very new invention. They have been around since the late ‘50’s, but their appeal in the mass did not increase until recently. A Chinese man named Hon Lik was the first to obtain the patent for producing the modern day Vapor e-cigarettes.

These cigarettes replicate the action and sensation of smoking any normal cigarettes. There are various styles to do it, but the basic mechanism remains the same. Vape cigarettes are battery-operated devices. They function on a liquid nicotine solution and produces vapor by heating the e-liquids when you can inhale to satisfy your craving for smoking nicotine.

These e-liquid has food-grade components in it, and they come with various levels of nicotine or no nicotine at all. Another advantage of these cigarettes is that they don’t create or release any flame or smoke. So, for the smokers, this is a boon as they can smoke in any area, where regular smokers cannot smoke. Although, you better get that clarified with the respected authorities of the restaurant, bars, etc. before.

Modern Perception of the Vapor Cigars

A lot of people do complain initially that an old tobacco leaf cigar cannot be replaced with an artificial non-tobacco leaf cigar. But they soon change their mind after trying out the vape cigars.

People usually seem reluctant about using the vape cigarettes for the first time, but they soon seem to grow fond of it. If you are tired of the cost, odors, and problem with your kids from smoking regular cigars, then you can gladly opt for this amazing alternative.

Often people have vouched to never smoke a regular cigar after trying vape cigarettes. If you want to enjoy a small puff at bedtime or while taking a short drive without having to worry about 90% of the cigarette going to waste, then this is the option for you.

Vape cigarettes are very carefully engineered and crafted to produce a lot of smoke, efficiently, with every puff. They taste just like cigars in the mouth, and you don’t feel like you’re missing out on regular smoking cigars. They can even be a cool conversation starter as they are funky and fun.

You can smoke a vape cigarette for hours without having to compromise on anything. If you want to get rid of the stink on your clothes, on your breath and enjoy the sweet tobacco flavor, then electronic vapor cigarettes are what you need. The advantage of vapor is that it doesn’t stick to anything, unlike smoke. They also come completely wrapped with the course paper to give you the same feeling you get when you are holding a regular cigar in your hands.

These finely cigar-paper-wrapped cigarettes feel and look nothing less than a normal cigar. The best part is that they last much longer and you don’t require replacing them every other day.