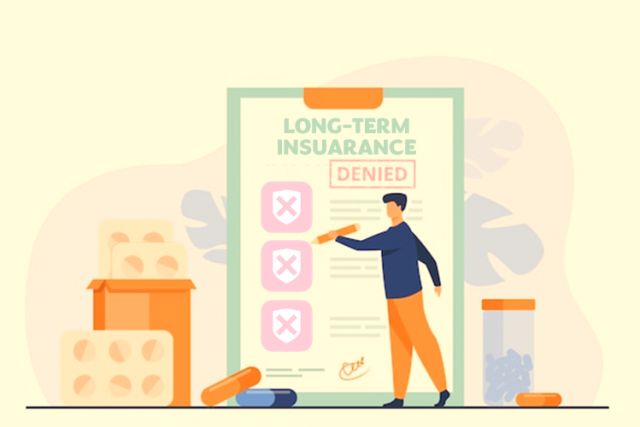 See a disability lawyer in Toronto as soon as possible and they will get you the benefits you need and deserve.

There are any number of reasons insurance companies deny claims, these are some of the most common:

1The Claim Was Filed Too Late

Long-term disability policies usually have a time limit after which you can no longer file a claim. Insurance companies impose these limits because they claim that without them, it makes it harder to properly manage their claims. The clock starts to run on the time limit as soon as the insured is injured or becomes ill.

The issue is that insurance companies often argue that the date an insured was injured or became ill was actually earlier than the insured claims. For example, they will point to an appointment the insured had before the one in which the doctor diagnosed them with their current condition and say that the earlier appointment was when the insured knew or ought to have known about the condition that now disables them.  This means that, by the time the insured filed the claim, the time limit had already expired.

2The Insured is Not Totally Disabled

“Total disability” is a term used in many long-term disability policies to describe the threshold an insured must meet to qualify for LTD benefits. The term makes it sound like if you’re injured or ill, you won’t qualify unless you’re completely bed-ridden or confined to a wheelchair.

The actual test to be classified as “totally disabled” is that you can no longer perform the essential elements of your work – that’s it. But when an insurance company denies an insured’s claim by saying that they are not “totally disabled” they are basically saying that the illness or injury described by the insured shouldn’t prevent them from completing their tasks, or they should be able to if they’re given accommodations.

3Not Enough Medical Evidence to Support the Claim

Medical evidence is needed to prove how your injury or illness is preventing you from performing the essential tasks of your work. In other words, the report from your doctor or specialist has to show that the severity, frequency, intensity and duration of your symptoms interfere with the functional abilities needed to complete each specific task of your work. A diagnosis alone isn’t enough.

“Not enough evidence” is also used by the insurance companies to say that they disagree with the findings in your doctor’s report.

Similarly, the insurance companies also use the reason that there is “No medical evidence” to support the claim. This is when they deny claims for illnesses and injuries like depression, anxiety, chronic pain and arthritis based on a lack of “objective evidence” like X-rays, MRIs, blood tests, etc.

If you are given a treatment plan by your doctor or specialist, you have to attend all treatment sessions or the insurance company with either deny your claim or cancel your benefits if you were previously approved. The same is true if they want you to attend an independent medical examination and you don’t go.

How you Can still Get Benefits After You’ve Been Denied

As soon as you get a denial letter, consult a disability lawyer because you can still get your benefits, but there’s a time limit that starts running when you receive the letter.

Your lawyer will look at the denial letter and compare it to what you submitted in the application and decide what, if anything, was missing. Then they’ll start putting a package together they will eventually use to negotiate a settlement that gets you the benefits you deserve.