Luther Burbank once said, “Flowers make us feel better, joyous and more helpful; they are sunshine, medicine, and food for our souls” this horticulturist from America spoke from his personal experience. So it is with no doubt that flowers evoke the feeling of joy in us. We usually present flowers to our loved ones on special occasions.

We also gift flowers to people we love to cheer them up when they are undergoing through hard times such as depression or illness. All flowers you see everywhere carry a specific meaning that may vary from one community to another. For instance, yellow flowers are an epitome of happiness, and you will be provoked to smile whenever someone gifts you this type of flower.

It is amongst the best flowers to go for if you aim to make someone happy and evoke feelings of soft-heartedness and joy. They also symbolise new beginnings, purity, intellectual capability and happiness. Yellow flowers are also popularly used at the workplace when employers want to appreciate their workers for the work well performed. Let’s see some of the most beautiful yellow flowers that you should include in your garden.

Everyone has seen these flowers. They are one of the most known flowers in the world. The name of the flowers spills everything about it. They are linked with bringing sunshine in our lives inform of joy, happiness, and light-heartedness. They add a sense of liveliness and are mostly used for summer weddings. You can also place them in your living room. 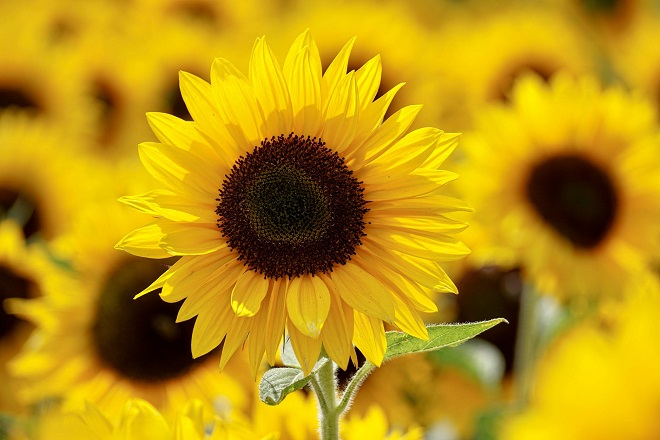 These deep yellow flowers are a symbol of hope and optimism. Many believe that if you are gifted this type of yellow flower is shows the giver of the flower is your secret admirer.

They resemble the sunflower to a great extent. However, they have wide-spaced petals which differentiate them from sunflower. The flower features a black centre which it gets its name. It represents encouragement, so it is mostly used during school graduations.

We have all heard about rose flowers and probably seen them. These flowers are found in varying sizes, shades and shapes. Though most rose flowers show love, passion, and romance, they also represent springtime, devotion to something, genuine friendship, and appreciation. They are used in graduation ceremonies to show encouragement and congratulation. They are also common flowers in baby showers and most jovial celebrations.

They are regarded as one of the gorgeous flowers on earth. They give beauty to every element near them. It is also a national flower in some countries such as Turkey and Iran. They represent genuine love and affection. Some decades ago, they were only associated with unrequited love, but nowadays they are a symbol of happiness and joy. 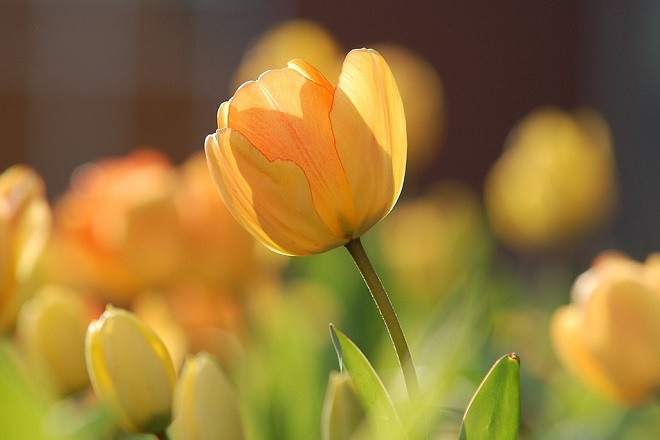 Because of its name, many people believe this is a lily. However, that is not the case. They are not lilies, and they don’t even relate in any way with lily family. They belong to the Araceae genre which encompasses flowers such as Caladiums and Anthurium. This flower grows from the thick stem and looks like a trumpet. A bouquet of calla lilies can be a great addition in your garden, and it is a perfect addition in your home’s decoration.

Yet another stunning yellow flower that you will find present in most flower gardens. It was given its name after the rainbow Goddess. There are an estimated one hundred types of yellow iris flowers in the world. Yellow iris flower symbolizes passion and was utilised by Victorian lovers to show their level of feelings.

Marigold is common yellow flowers which are an important inclusion in your garden. Rarely people gift this flower, and it is hardly utilised in flower bouquet since people believe that it symbolises jealousy, cruelty, and grief. Some cultures in the world also associate it with the dead, and therefore it plays a significant role during the celebrations of the Day of Dead. However, though this flower is feared, in India is used to decorate marriage venues and also in garlands.