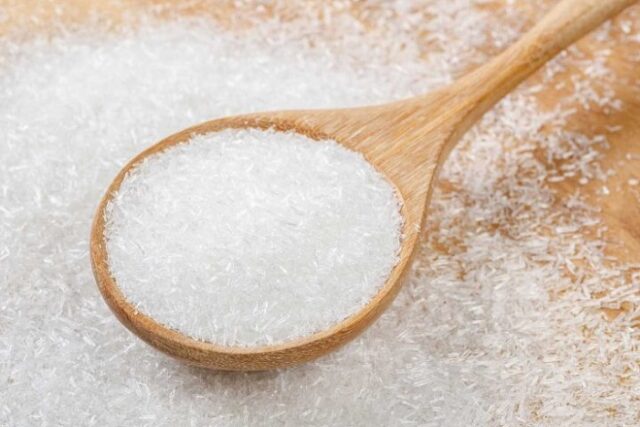 You may have heard claims of Monosodium Glutamate being “allergic”, and you must be curious if those claims are true. Though MSG has reached households and made its presence globally, since the early twentieth century, nowadays, its safety has been questioned and its being built up as a dangerous food additive that can cause all sorts of health issues. But what is the truth? Let’s debunk some lies.

First discovered by a Japanese chemist in 1908, Kikunae Ikeda noticed that the addition of kombu, a type of edible kelp, made the regular soups taste better. With further research, he found that glutamate was responsible for giving his soup the meaty, savory flavor. He named this particular taste ‘umami’. It is now considered one of the five tastes, alongside the four other tastes, Salty, sweet, bitter and sour.

How is it Processed?

MSG (monosodium glutamate) amino acid is produced from glutamic acids, and is an amino acid. MSG, when discovered by the Japanese scientist Ikeda, was first extracted from wheat gluten for several years. It was circulated in the Japanese households as a substitute for salt, or a flavor enhancer or a new and different taste that gives a savory tangy umami flavor. Though the product gained a good amount of popularity, the business didn’t make the expected profit.

During 1930’s in order to lower the production cost, the makers replaced wheat by soyabeans, as those times soyabeans were cheaper than wheat.

During 1960’s the makers introduced new products in market like corn flakes and Knorr soups, it tried modifying the product monosodium glutamate as well. Instead of soyabeans, now they started using the fermented sugar cane molasses.

Sugarcane is converted to glucose. The glucose is then sent to the fermentation tank. Later the above-mentioned fermentative microbes are adding to the tanks. These microbes take the glucose as food and in turn, release glutamic acid.  The glutamic acid will turn into MSG solution though neutralization.

Furthermore, the obtained monosodium glutamate solution will go through a few purification processes, like de-colorization and filtration, resulting into pure MSG solution. This pure solution is crystallized through an evaporator and then dried to get the final product, the MSG salt.

What Is the Controversy?

A controversy erupted around the safety of amino acid MSG, when Dr. Robert Ho Man Kwok wrote a letter to the New England Journal of Medicine on 4 April 1968, accusing of some side-effects related to MSG. In his letter, Kwok suggested several possible reasons before he put forward MSG. This letter was initially met with insider satirical responses, within the medical field.

MSG has been tied to racial stereotypes about East Asians, targeting East Asian cuisine, while the widespread use of MSG in Western processed foods continues till date.

In 2020, Ajinomoto, along with other activists, launched the #RedefineCRS campaign to burst the myth that MSG is harmful for people’s health, and is safe to use within the permitted norms.

What Is the Truth?

In 1995, an independent scientific panel, the Federation of American Societies for Experimental Biology (FASEB) published a comprehensive analysis of the safety of MSG and included a list of MSG symptoms and alleged side effects that reports claimed were associated with consuming foods with MSG

FASEB’s report concluded that MSG amino acid is safe. The FASEB report identifies some short-term, transient, and generally mild symptoms, such as headache, numbness, flushing, tingling, palpitations, and drowsiness that may occur in some sensitive individuals who consume 3 grams or more of MSG without food. However, a typical serving of a food with added MSG contains less than 0.5 grams of MSG. Consuming more than 3 grams of MSG without food at one time is unlikely

The FDA, in its report points out, “Over the years, FDA has received reports of symptoms such as headache and nausea after eating foods containing MSG. However, we were never able to confirm that the MSG caused the reported effects.”

Research on MSG, conducted for over decades, has found that most people who believed to respond adversely to MSG do not have these reactions when evaluated in carefully controlled tests. The vast majority of reports are unreliable, and are not linked to the actual glutamate content of the food consumed. Furthermore, when individuals with a suspected sensitivity to MSG are tested in double-blind challenges the majority do not react to MSG under the conditions of the study. Many individuals may therefore may unknowingly relating various symptoms to MSG, when, in fact, some other food component may be the cause. This highlights the need for individuals with suspected MSG sensitivity to undergo appropriate clinical testing and be informed.

According to the FDA, America’s Food and Drug Administration, an adult takes in about 13 grams of glutamate from food per day whereas only 0.55g of MSG is ingested daily.

MSG has gone through many upheavals recently, with the myths attested to it, the controversies that erupted. But, despite all the negativities, MSG has managed to make through all of that, with its taste and remains one of the kitchen favorites till date.

Sensitivities are not uncommon and can be attributed to a wide variety of foods and ingredients. In Chinese food, for example, ingredients such as peanuts, sesame seeds, shell-fish or even egg can cause reactions for some people. This is why it’s important not to self-diagnose. As with any product to which you suspect you are having an allergic-type reaction consult a healthcare professional to get a proper medical diagnosis.