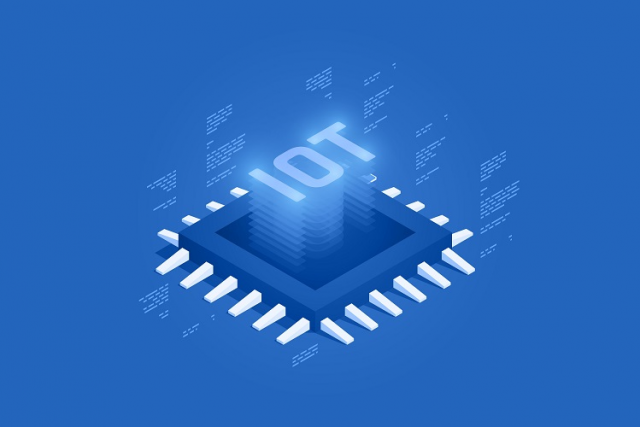 If we’ve learned one thing from a futuristic sci-fi tech movie, it is simply that IoT (Internet of Things) and its devices will become an invincible part of our lives going forward. Who knows what the next smart device could be?

Humor aside, the scope for IoT applications is large and varied, bound just by human imagination. According to a report by Mordor Intelligence, the global market for IoT devices is anticipated to top $1.3 trillion by 2026. By 2025, nearly 80 billion devices are forecast to be connected annually.

One thing remains, no matter what an IoT application could be, the basic principle to having a safe and secure experience with it only occurs when it is tested for glitches and security loopholes.

Quality assurance of your IoT device or software is paramount to guarantee that it can deliver a flawless performance, seamless functionality, and high levels of security.

Other examples of compromised security include breaches, data leaks, leaked credentials, etc. With more and more IoT devices becoming a part of our daily lives, it’s important that these devices must be safe to use and do not compromise our personal data.

As a part of a comprehensive cybersecurity approach, IoT security testing can help strengthen data privacy and increase the security levels of your IoT networks and devices.

In today’s listicle, we’ve put together a bunch of IoT security testing tools that can help you effectively step up your IoT testing game by helping you achieve the safety and efficiency you want.

Some of these IoT security testing tools are open source, and others are freemium. Let’s get started:

Censys is an IaaS (Internet as a service) cybersecurity tool that reduces internet security attacks by continually discovering unknown assets. It also helps customers with maintaining an extensive inventory of internet assets. Additionally, Censys can identify and remediate internet risks from the outside in.

How can Censys help with IoT testing?

In the IoT environment, various users are trying to access a vast amount of data. For appropriate security measures to be taken, it is essential that user validation and authentication are properly done. The Censys inventory helps analysts understand asset ownership, history, and configuration, thereby pinpointing any malicious or risky IoT touchpoints.

IVRE is a French acronym for Instrument Veille Réseaux Extérieurs, which roughly translates to Dynamic Reconnaissance of Unknown Networks. It is an open-source framework for network reconnaissance.

In simple terms, network reconnaissance is the process of testing for potential vulnerabilities in a computer network. The network owner/operator does network recon to protect it from external attacks or enforce an acceptable use policy.

How can IVRE help with IoT network testing?

With IoT devices, there is always a chance for reconnaissance attacks with threats such as packet sniffing, ping sweeping, port scanning, phishing, social engineering, and internet information queries.

The IVRE.rocks framework secures your network against such attacks by exposing vulnerabilities in your device that potential hackers can exploit. It uses a Nmap scan to show random internet live hosts (hackable targets).

Zoom eye is essentially a network mapping service. It is a search engine for cyberspace that can find open servers, websites, adult content portals, industrial control devices, and other vulnerabilities.

How can Zoom eye help with IoT security testing?

Out of the 5 IoT security testing tools that SolarWinds offers, perhaps the most useful one is the Identity monitor. It is an advanced software that helps organizations safeguard their domains and networks from unauthorized account takeovers by tracking leaked credentials.

How can the identity monitor from Solarwinds help with IoT test automation?

Organizations relying heavily on IoT cannot underestimate the magnitude of a catastrophe as serious as a data breach. An enterprise’s brand assurance depends on its ability to protect its corporate data and shield it from account takeover threats.

A simple yet powerful tool like the identity monitor alerts you if your corporate credentials are leaked. It allows you to act quickly and prevent account takeovers by suggesting preventive measures such as changing passwords or establishing multi-factor authentication.

Sysdig is an open-source, cross-platform, powerful, and flexible system monitoring and troubleshooting tool that can be used for system analysis, inspection, and debugging. As an IoT test tool, its cloud security posture management (CSPM) feature flags misconfigurations and suspicious activity.

How can Sysdig CSPM help with IoT software testing?

As part of their digital transformation journey, organizations are adopting cloud resources by using public cloud platforms such as AWS or Azure. Business-critical IoT solutions run on Kubernetes and containers that interact with multiple cloud services.

This is where the Sysdig CSPM tool comes in handy. It helps you continuously secure your cloud interactions before the hackers can get to your cloud contained data. This protects your cloud from suspicious activities like unauthorized access (due to leaked credentials).

IoT is one of the most promising future technologies growing at a swift pace. To keep up with the current digital engineering transformation, organizations must take necessary security measures to safeguard their IoT device software and related networks.

Currently, competitors do not shy away from employing Blackhat techniques to spy on your business efforts. Enforcing appropriate measures for software testing and networks will help you create a safe space for conducting data communication securely.

Moreover, Quality assurance of IoT software can help you gain an edge with internet intelligence, letting you know IoT touchpoints beyond the usual web devices.

However, IoT testing is tricky, especially when it involves IoT security testing. Given its serious nature, it is essential that you work with skilled and experienced QA engineers who understand complex cloud testing environments and the usage of the appropriate ioT security testing tools. Choosing the right testing partners for IoT testing can make a world of difference for your business to succeed according to your expectations.