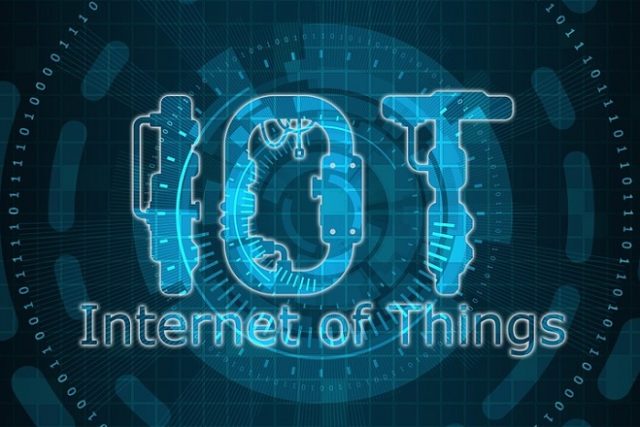 Imagine a world in which the lights in your bedroom turn on at 7:00 AM along with the alarm, indicating that it is time to wake up. The coffee machine starts on its own at 7:15 AM, ready to serve you hot coffee once you freshen up. At 7:30 AM, the water is hot and ready for you to take a rejuvenating bath. The alarm clock adjusts itself according to weather conditions thanks to the data it collects from your weather app, giving you enough time to reach office without rushing.

That’s not a fantasy. That’s IoT.

Among the many things that are trending today is the Internet of Things or IoT. It has a very interesting name, doesn’t it? It creates intrigue and makes people wonder what it exactly is. Let’s discuss it in detail to understand why it is taking the world by storm, shall we?

Before we jump into the details, we should learn what Internet of Things actually means. The concept is to connect devices to the Internet and with each other. So, with IoT, you are taking everything around you online. Wearable fitness devices, self-driving cars, smart bulbs, and smart refrigerators run on this concept.

How is this possible, though? To learn this, you should look at IoT as a huge network that collects, sends, and shares data with various devices. This enables you to control your microwave through your phone and ask Alexa to play your favorite song either through voice control or through an app on your phone.

How does IoT work?

The working is quite technical, but we will try explaining it in as simple words as possible. Think of IoT as a platform that integrates various devices. Does it work with all devices? No. The devices in question need to have sensors that pick signals and do the needful through shared data.

How does this help? Is it only about convenience? Not at all. IoT is much more than convenience. At home, it saves time. During transportation, it saves you of hassle. In offices or stores, it saves money! With the help of IoT, you will be able to determine many things such as your most productive times, spaces that attract customers the most and so on. All of this will help you tremendously and enable you to concentrate on more important tasks.

The world is riding on automation, today and IoT is the pivot. You can automate a great deal of things as we mentioned in our initial scenario.

Now that we know the basics, we can dive in and explore a few important IoT concepts.

Security breaches are scary because they can ruin our lives and businesses. Is there a threat due to IoT? Well, there are risks, and these grow in potential as the number of devices increases. That is why there is a very high regard for security personnel in IoT. Ethical hacking, encryption, event monitoring, and threat assessment are among the skills companies look for.

It would be safe to say that machine learning, AI, and IoT go hand in hand. It is paramount for IoT developers to have machine learning skills to apply techniques and to make real-time decisions. Predictive analysis plays a huge role as well.

Hardware is the heart of IoT because it connects devices! So, to develop devices that have sensors that facilitate IoT, electrical engineers are in demand. CAD skills and industrial design are among the hottest career options now.

There’s no point in making devices with sensors if there’s no connectivity. Networking is the other part of IoT. Network design, protocols, technologies, and network standards are very important to make IoT a success. This is why networking is one of the most talked-about concepts of the Internet of Things.

Do we even have to stress the importance of application design when it comes to IoT? User interface and experience must be bang on for users to adapt to it. This is especially true for home automation because a lot of it rides on gestures and voice. So, UI and UX skills are gold!

Like we expressed earlier, IoT is like a real-life fantasy. No one ever thought bulbs could be switched off with gestures and shoelaces could be tied without having to bend over. IoT has made this and many other seemingly ridiculous things possible. But, is the path full of roses? Not really. In fact, it is riddled with quite a few challenges, especially in security and privacy. No one likes a breach in either.

Many experts say that the future of IoT, is thus, on the rocks and unless we find a solution to keep privacy and security intact, it will be very difficult to implement on a large scale. If we are able to fix this, the future looks brighter, easier, and more automated than we ever dared to imagine.