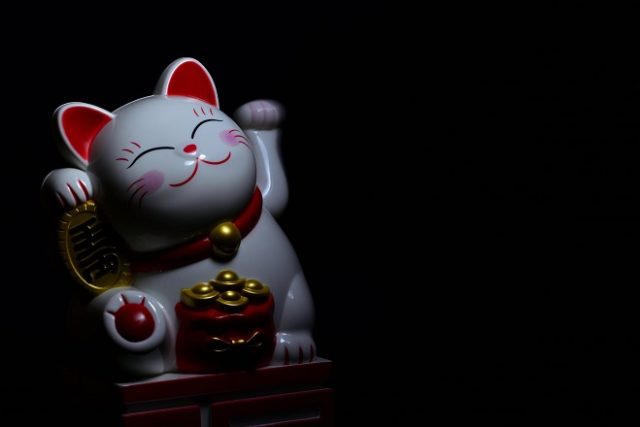 When we think of good luck symbols, we tend towards a few classics above all else, like those of lucky sevens or a four-leaf clover. Very much emblematic of their culture and their collective social and spiritual histories, we thought it would be interesting to take a look at some of the most popular good luck symbols from all over the world. What makes them special? Where do they come from? And where are they used? We investigate.

Starting with the Basics

We mentioned the four-leaf clover above, but it would be remiss not to include it in some detail. These started as charms for the early Druids, who believed that they could provide protection and ward off bad luck. We can’t speak as to the validity of these claims, but we do know that this idea has been popular for hundreds of years.

According to Irish lore, the leaves of a four-leaf clover stand for faith, hope, love and luck.
☘️Happy #StPatricksDay pic.twitter.com/BCXKKi1KhY

It isn’t until 1620 that the first literary reference to the good fortune of this humble clover appears, but the idea has certainly stood the test of time. With an apparent chance of occurring at 1/10,000, the rarity of this charm has likely contributed to how special it is considered.

While not so commonly used in its traditional form today – as a charm for warding off monsters – the four-leafed clover still plays a heavy role in media and Irish celebrations like St Patrick’s day. Perhaps even less surprising is their appearance in gambling. For example, the slots available at Betway Casino tend to adopt a theme, so as to appeal to every type of bettor out there. But while blockbuster titles such as Jurassic Park have their place, it’s no surprise that games like Lucky Leprechaun have huge appeal: while not particularly imaginatively named, the clover-ful imagery has proven popular with punters.

Literally translated to “beckoning cat”, the Maneki-Neko is a Japanese charm believed to bring about good fortune to its owner. Generally depicted as a white cat with one paw raised in the air, it can cause confusion among westerners due to the differences in how we understand the pose. Apparently waving, don’t feel these little guys are saying goodbye: this is a welcoming pose in Japan.

If you really want to blindly retweet something, why not try the Maneki-Neko? But specifically the gold one. It’s the one that’s supposed to bring wealth and prosperity pic.twitter.com/nsiRloCo0C

The earliest records of the Maneki-Neko date back to the Edo period, according to Catster, which occurred between 1603 and 1868. First noted in historical records around 1852, these have since been adopted in many Asian cultures, especially finding success in the stores of Chinese merchants. Solar-powered versions of these little guys are now everywhere, and definitely take the place of cutest good luck charm we’ve ever seen.

The Scarab of Ancient Egypt

Finding its place as the oldest entry on this list is the Egyptian scarab charm. Dating all the way back to around 2345 B.C., this charm represented eternal life within the land’s religious beliefs. The people linked the beetles to the god of the rising sun, Khepri, reports Historyplex. The holiness of the scarab was aided by the belief that only male scarab beetles existed. As such, they were thought to arise out of nowhere, just as Khepri had done before. By virtue of ancient Egyptian understandings of biology, that rendered them supernaturally blessed.

Still a popular component and remnant of Egyptian culture to this day, their representations include carvings into all sorts of materials, including gold – the aesthetic and monetary value of which affirms the scarab’s importance. Symbolising resurrection and renewal, we can’t help but draw a parallel between the charm’s supposed meaning and its persistence for over 4,000 years.

Originally brought to Brazil by the Europeans, the figa charm has since found its way to the forefront on Brazilian good luck superstition. Coming in the form of a hand, this charm is only supposed to work if received as a gift, as purchasing one for yourself will only doom you to the opposite effect.

Unlike many of the world’s other good luck charms, the figa is supposed to more active. Rather than simply generating good luck, the figa works to store excess good luck from when you don’t need it, in order to give it back in the times when you do.

Only one of many good luck charms in Brazil, which include the butterfly and the colour white, this could be the perfect gift next time you find yourself taking a trip to the Land of the Holy Cross.

What do These Have in Common?

The one basis which these all seem to share is that they come from a period in history before well before the modern scientific age. That is not to say that there is no truth in these charms – for one thing, luck can be heavily influenced by mood and, while exercising to shift stress and negativity is effective, having a charm around is a much quicker aid in this regard.

Whether they just make you comfortable or remind you of the people you love who have given you something to show their appreciation, good luck charms are more than just an appeal to the magic and mysterious. These are a part of our cultural heritage, and we’ll keep them around regardless of their actual abilities.