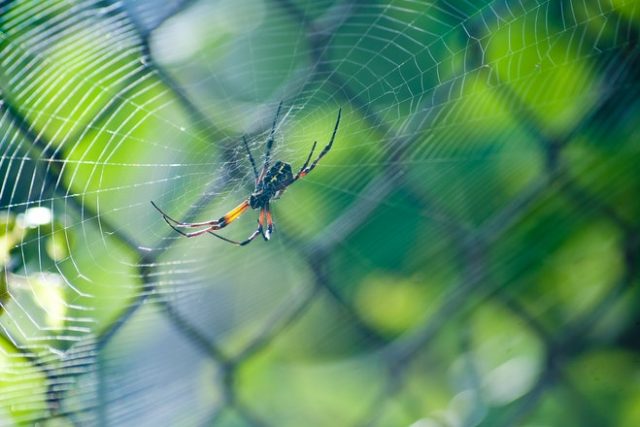 How are you supposed to tell if the spiders in your home are dangerous to your family or not? Should you call pest control services for help? When you didn’t have to worry about a lot of spiders in your home, you figured the likelihood of your family members coming across a dangerous spider was low. But with more spiders around, you’re not so sure they won’t come face-to-face. You want to be prepared to deal with a spider that’s bad to have in your home, so it’s time to learn which spiders are good to have in your house and which are not.

The Good Spiders for Your House

Here’s the good news: most spiders you find in your home are not harmful to humans. In fact, there are only two types of spiders in the United States that are harmful to humans, but we will get to those in a few minutes. The spiders that aren’t dangerous can bite, but typically the bite is hardly noticeable.

Whether or not you like spiders, and even if you are afraid of them, it doesn’t change the reality that spiders can actually be extremely beneficial to us humans. They really are the most natural form of pest control in the world, and they do their job well. That being said, if you don’t like spiders you still probably don’t want them in your house much. And that’s fine, but to get rid of spiders and to make up for spiders not being in your home, you will need to hire pest control services to prevent major pest problems in your home.

The Two Bad Spiders for Your House

Even though most spiders you find in your house won’t be harmful to you and your family, there are still certain spiders that are harmful to humans. In the United States, there are only two spiders like this – the brown recluse spider and the black widow spider. These are spiders are ones you do need to know how to identify and safely deal with.

Brown recluse spiders are extremely shy, so they typically choose to live in quiet, dark places that are rarely frequented by humans. They’re not aggressive spiders, so when you come across one, do your best not to threaten it and it will likely not try to bite you. But if you don’t realize it’s there and accidentally get too close, it may bite you and that’s when the problems begin.

Brown recluse venom can cause serious health problems in humans. For some people, the bite just becomes painful and bruised-looking for a few days before it heals. But in other people, the symptoms can be much more severe, including nausea and vomiting, blistering, and even necrosis (the gradual death of the surrounding tissues). Depending on the severity of the bite, it may take anywhere from a few days to a few months for the bite to fully heal. You should always seek medical attention if you have been bitten by a brown recluse.

The black widow spider has infamous pitch-black coloring with a red or orange hourglass shape on its abdomen. Some black widows can actually be brown with white or yellow hourglass shapes, so even if a spider isn’t black doesn’t mean you can assume it is not a black widow.

Black widow spiders are also non-aggressive and tend to live in cool, dark areas with little disturbance. But again, like the brown recluse, if it is threatened it will bite. If a black widow spider bites you, you will see obvious fang marks at the site of the bite. The bite will gradually swell up over the course of the next few days but should return to normal not long after that. That is, of course, assuming that you received emergency medical attention. In extreme cases, the bite can cause neurological issues including weakness and trembling, or even death, though that’s more common in the elderly or in young children.

As you can see, black widow and brown recluse spiders are not spiders you want to have in your home. If you do see one of these spiders in your home, you need to call pest control services to check your home for any more of these harmful spiders. If, for your own safety, you need to get rid of one of these spiders before calling pest control, then try using a spray pesticide to kill the spider. Using a spray should keep you as safe as possible while you deal with the spider.