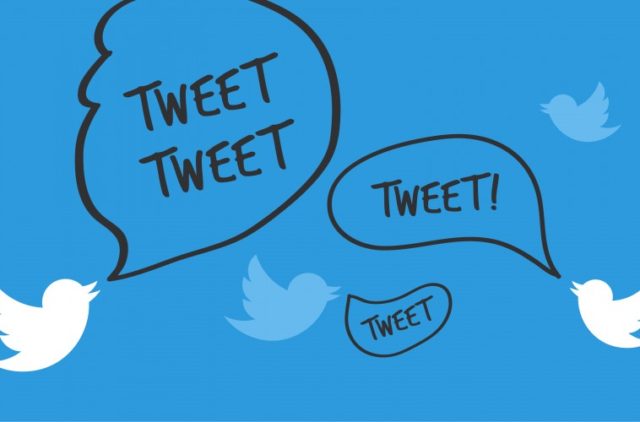 Like a lot of other things, if Twitter isn’t fun, you’re doing it wrong. But it can also be a great tool for your writing—it can attract new readers, create loyalty among existing fans, and pique the interest of the people who have an editorial budget. Here’s how to use Twitter to help all of your writing, whether articles, a blog, or books, get attention.

Don’t tell them how great your work is. Instead, show your Twitter followers that you know your stuff. Few of your tweets should include a stronger call to action than “read this link” (presumably a link to your book or article).

If you’re a non-fiction author, demonstrate how well you know your field. Build your authority by sharing information. For instance, link to articles related to your beat. If you’re an expert in PC security, then your Twitter followers likely care about anything to do with the topic. So opine about the latest reported security breach. Point followers at articles you’re reading. Engage in the conversation online with other security experts; treat Twitter as a conference panel discussion with a really big audience.

You might think that job is a little tougher if you’re a fiction author because your “expertise” is the story you make up in your head. Yet you write in a genre, whether it’s historical romance or science fiction. Expect readers (both existing fans or target audience) to share your interests—and then share those interests with them.

If your heroine is an eighteenth-century archeologist, you can tweet about anything related to archaeology or eighteenth-century life, from fashion to streetcars. Someone may learn about you from a “how to crochet a parasol” tweet. He will look at your Twitter page, learn from the bio that you wrote a novel set in that era (because your Twitter bio is where readers should learn about what you “sell”), and follow the link to your writer’s website to order a book.

If you want your writing to be noticed, you have to say something. That means at least a couple of tweets a day. However, only a few of those tweets should be about you and your work. On average, you should tweet 12 times a day, with perhaps two of them are about an article you are trying to get noticed.

Online journalists are trained to write for search engines. The article is given a headline that is meant to appeal to Google, which means that it jettisons personality in its effort to be descriptive.

But when you write on social networks, dump everything you learned about search engine optimization. You aren’t writing for a news algorithm. Write your tweets to appeal to people—and especially to people’s emotions.

Sometimes you can repeat links to the same article, as long as you spread out the repetition and you don’t use the same Tweet. For example, if your article has several entry points—if its real title is “Seven Stupid Security Tricks”—you could tweet one technique per day for a week, each time accompanied by the link.

Get Attention by Giving It to Others

The best way to get attention is to give others your attention. Retweet interesting things. Say thank you. Respond to other people. Anyone who sees your @mention in his Twitter timeline will at least glance at the reply, perhaps answer you or follow you … and that’s how connections are made.

Create Twitter lists of writers in your genre. This lets you keep up with people in the same business; it makes it easy for you to retweet them, and it encourages readers to expand their reading lists. Because Twitter is a community, there’s also a sense of reciprocity, and you may find yourself included on other people’s lists as well.

If you tweet things that interest you, and you connect with other people on Twitter, you will gradually get noticed by the people who sincerely care about you (and your work). The numbers will come on their own.

If you are interesting, you’ll get followers. You’re already a writer. You understand that it’s important to not be boring.

People want to be cajoled, entertained, and educated—ideally all three. Be funny, or at least be yourself. Give people a reason to read more than 140 characters of your work … and they will.

Let yourself a show. The people who already read your books want to peek at the writing life, learn about your next work in progress, and to feel as though they know you personally.

The easy part of sharing the Writing Life is your own ups and downs. One of them certainly is tweeting, “My new book is out! Yay! I hope you’ll like it!” with a link to the Amazon page. But that goes just so far, even if you publish an article every single day. So does, “I managed to get 14 pages written. Gack. So much more to go.”

But for many writers, sharing more than “work” topics feels a little creepy. They have a hard time finding a balance between privacy and what is essentially public speaking. Often they try to wrap a layer of emotional protection around themselves by only tweeting about business, which is usually dull.

You can cope with this in a few ways:

Whatever you do, have fun on Twitter. Treat it as an opportunity to show off your writing and chat with the people who care about the same things you do. Let your enthusiasm show, for your writing as well as for anything else, and you will get noticed. Good luck!