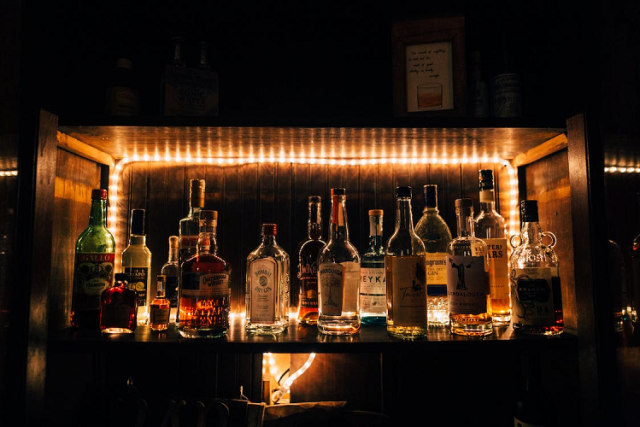 If you’ve ever wondered what are difference between Whisky, Scotch and Bourbon, then you’re not alone. Although these liquors may appear similar to the untrained eye, they primarily differ in their taste, flavor, and aroma. While the difference between these spirits might not seem very important at first, it is essential to understand that they have different origins and are regulated differently in different geographical regions.

Difference between Whisky, Scotch and Bourbon

While many struggles to understand what makes Bourbon different from whisky and Scotch, the main difference between these spirits lies in the ingredients used. For example, whiskey is made from several other grains; barley is what is Scotch made of, while Bourbon is made from corn. Corn is cheaper than barley, which accounts for the price difference. While Scotch is characterized by its smoky flavor, Bourbon is often described as sweeter.

Whiskey is a highly flavorful spirit that can be used in countless recipes. Its taste is sweeter than other liquors, and it has hints of vanilla and caramel. Many people use it in their favorite cocktails, but its versatility also extends to desserts and different cuisines. The primary category under which both bourbon and scotch fall is whiskey. Not all whiskey is Bourbon or Scotch, but all bourbons and scotches are whiskeys.

What is Whiskey Made From?

Whiskey is classified according to the grain used. While some types are produced from only one grain, such as rye, others are blended or made from a mixture of grains. The percentage of NGS or neutral grain spirit must be clearly stated on the label. The percentage can range from fifty to eighty percent of one grain. Several whiskey production regulations vary from country to country and are influenced by natural resources, agriculture, and other factors.

As a result, each region will have different spelled whisky. You can learn more about the process by reading the label. To make whisky, distillers collect and ship grain from farms. After being inspected for foreign matter, the grain is stored in silos. It is then ground into meal in gristmills, which is then cooked at a high temperature to break down the cellulose walls. Bourbon is different from whisky because it contains corn as its main ingredient.

The process is complex and requires many steps. To make whiskey, distillers mix water, grains, yeast, and various other ingredients into a mash, fermented by heating and stirring. It is then stored for one to two weeks to produce alcohol. Whiskey is then often aged for at least two years in used bourbon barrels, during which it acquires different Flavors and colors. When finished, it is bottled. Some whiskies are aged for ten or more years, while others are aged for less than a year.

As we already know that both Scotch and Bourbon are types of whiskey, let’s learn more about them below.

While Scotch and Bourbon share some similarities, they differ in flavor, price, and age. Scotch is usually aged longer than Bourbon and is priced higher than most Bourbons. What makes bourbon different from whisky like Scotch is their ingredients. Scotch is made from barley, whereas Bourbon is made from corn. Scotch and Bourbon have very different flavor profiles. Scotch has a woodier taste and flavor, while Bourbon is sweeter.

Scotch is a distilled drink that originates in Scotland and ages three to five years in oak barrels. It has three main ingredients: water, malted barley, and yeast. Each step impacts the end product differently, which is a unique blend of aromas and flavors. Different regions of Scotland produce various kinds of whisky. For example, some people enjoy the smoky Islay whisky, while others prefer the light, triple-distilled lowland whiskies.

Traditionally, Scotch was produced from malted barley, but nowadays, commercial distilleries started using wheat and rye whole grains to make scotch whisky with distinct flavors. Today, there are about 44 bottles shipped out of Scotland each second, supporting tens of thousands of jobs and ensuring millions of consumers enjoy a dram of Scotch. It is usually aged longer than Bourbon.

What is Scotch Made Of?

Scotch whiskey is a product of the malting of barley grains. The malting process turns starch into sugar, giving it a uniquely smooth taste. In addition, peat, a natural ingredient in Scotch, adds the famous distinctive Smokey flavor. The alcohol is distilled to 190 proof with utmost care to produce a high-quality Scotch whiskey. It is typically aged in oak casks for three years or more and is generally priced higher than other whiskeys.

Scotch is produced from malted barley that comes from Scotland. However, malted barley that isn’t Scottish does not qualify as Scotch. The barley must be fermented with yeast and distilled below 94.8% alcohol to avoid adulteration. It must be aged at least three years in oak barrels before it is bottled. Age statements are displayed on the bottle label, and the youngest whisky in the blend is usually twelve or more years old. Single malts and blended Scotches are also available.

The process of distilling scotch whiskey is complex and time-consuming. Each step in the process is unique, and there are several different ways to create different types. Being made from a blend of barley, water, and yeast, Scotch has a distinct and Smokey flavor. It is generally made at 40% vol. and must undergo a three-year oak maturation process. It is then bottled. It is aged for at least three years in oak barrels and is adored across the globe for its intense flavor.

There are many methods for making Bourbon, but the most common process is distillation. Distillers pull used bourbon barrels from rickhouses and store them in tanks. They then blend the liquid to create the desired flavor profile. Because each barrel is different, the flavor profile can vary. The process of blending can require hundreds of used bourbon barrels. When you visit a distillery, you’ll likely see a lot of gassy bubbles and notice a distinct earthy smell.

Although “bourbon” is commonly associated with Kentucky, this popular spirit is produced all over the United States. While 95 percent of the world’s supply originates in Kentucky, new bourbon distilleries are sprouting up throughout the country. Bourbon is a unique spirit, and understanding how it is made will help you appreciate it better and deeper. What makes Bourbon different from whisky is its distinct flavor, for which it has gained immense popularity all across the globe.

What is Bourbon Made From?

Although all whiskey is distilled from grain, the main ingredient of Bourbon is corn. Different types of grain are used to make whiskey, but for Bourbon to be considered Bourbon, at least 51% of the grain must be corn. It is also distilled to 160 proof to remove much of the grain flavor from the liquid.

Oak barrels are used to age bourbon, which is exposed to the weather for at least six months. These used bourbon barrels also undergo charring, which gives the beverage a rich, amber color.

The most common yeast used for Bourbon is Saccharomyces cerevisiae, which significantly differs between Bourbon and whisky. The process involves yeast fermentation, which produces alcohol and carbon dioxide. These two gases are created by yeasts eating sugar. The alcohol and carbon dioxide are transformed into esters during the aging process. The yeast releases these esters, giving the drink its flavor and aroma.

Most Bourbons are double-distilled. The first distillation takes place in a column still, and the second distillation takes place in copper pot stills. This process helps to remove impurities and increase the alcohol content. When Bourbon is distilled, it must be aged in charred oak used bourbon barrels for a minimum of two years. The law doesn’t specify what oak is used for the barrels, but most distilleries use white oak because it’s the most durable and water-tight wood.

The aging process of whiskey began as far back as the eighteenth century. It was used to enhance the flavor of a drink. The process starts by storing the liquid in a series of casks. The whiskeys were stored in used bourbon barrels that were grooved on the inside. This increased the whiskey’s contact with the wood. Some distillers even added wood chips to the barrels. The wood adds flavor and color to the whiskey by infusing it, making it subtle, delicious, and smooth to drink.

Whiskey is an alcoholic drink made from fermented grains, including wheat, corn, and rye. It is aged in casks made of charred white oak. The aging process gives it its distinct flavor. Then, the spirit undergoes a fermentation process that produces alcohol. While Scotch has stricter rules when it comes to aging, Bourbon does not. Scotch must be aged for at least two years before it can be labeled as such.

Whiskey is mainly stored for two years; however, they are stored for as long as 12 to 25 years for better and more robust flavor. The difference between Bourbon and whisky is mainly in the amount of time they are aged in the barrel. For the most accurate classification, look for a whiskey over three years old. The aging process also defines which shot is better among the three. However, they can easily be used interchangeably in drinks.

The use of used bourbon barrels for aging is what makes Bourbon different from whisky. The aging process of whiskey has numerous benefits. The alcohol is refined over time, eliminating harsh and unpleasant flavors and adding distinct flavor characteristics from the barrel wood. In addition, oak barrels can be charred, which significantly influences the taste of the finished spirit. It can also reduce ethanol content. If done correctly, the aging process of whiskey will enhance the flavor and aroma.

The Benefits of Whiskey

Although whiskey is generally regarded as having several benefits, it is best consumed and deployed in moderation. In moderation, it can help ward off the cold by thinning the mucus membranes and improving digestion. The warming effect of whiskey can also help ease a sore throat. It can also boost the immune system and help people sleep better. However, excessive consumption can lead to a nasty hangover.

The antioxidants in whisky can improve cognitive functioning and reduce the risk of Alzheimer’s disease. Research also shows that drinking whiskey regularly can lower the risk of dementia. It is also suitable for the heart as it boosts circulation and oxygenates the blood. Scotch and bourbon whiskey can also help people deal with stress better. However, alcohol should never become an addiction and must be consumed with a limit and in moderation.

Whiskey can also improve heart health by reducing the risk of blood clots, heart attacks, and stroke. It contains anti-inflammatory and antioxidant properties that prevent cholesterol from building up in the arteries. It can increase HDL levels, which are good cholesterol and associated with heart disease protection. It’s advisable to consult your healthcare provider to know more about whiskey and how much you should consume it.

While there are many differences between these spirits, they all are dark and made from the same ingredients with little differences. Their taste and flavor vary because of these ingredients’ differences and how they are distilled and stored. They can be used interchangeably in cocktails. However, Bourbon, when stored in used bourbon barrels, is more versatile than scotch whiskey and can be substituted in many whiskey drinks and cocktails.

A good whiskey, be it Scotch or Bourbon, is born from the right combination of barrel and grain. A good barrel will exhibit the best flavors of both. This combination is called the “sweet spot.” Good whiskey is aged between five and ten years in used bourbon barrels.