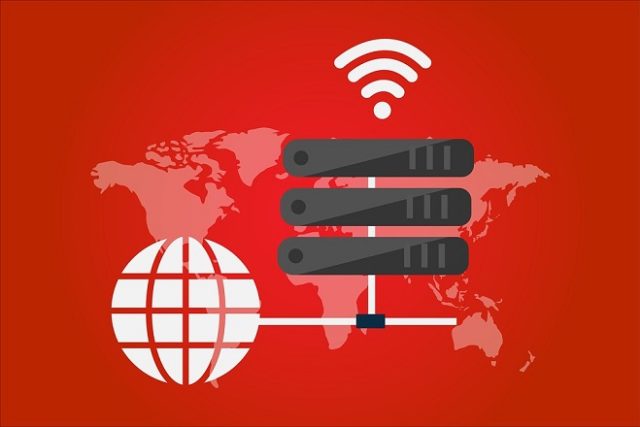 Security is one of the most important aspects of any company or business. The current age of computers has now brought a new threat to many companies. Not only do businesses have to ensure their physical building (if they have one) is secure, but they also have to make sure their cyber networks are safeguarded as well.

What Is a Virtual Private Network?

A Virtual Private Network or VPN builds an encrypted connection between your device and the remote server. It adds a layer of privacy to protect your identity. All Internet traffic is routed through this tunnel, which means your data is secure from those trying to steal it. Picture the Internet as a cloud that one would usually connect straight to—a VPN is like a pipe or a passageway that goes through the cloud and to a server in another location.

That server can be in another city or even another country. Many VPNs let you choose from which server you want to connect to. The other server accesses the Internet on your behalf, which then keeps your data safe and masks your location making the Internet think you’re where the server is and not your actual home or office.

There are many different types of VPNs, but one of the most important things to know is that a higher bit encryption rate is better than a lower big encryption rate.

When to Use a VPN?

Many people work remotely from coffee shops, hotel lobbies, libraries, sports clubs, bars, co-working spaces, and even museums. When working from these remote locations, you are usually connected to an unencrypted network. These free hotspots will never be as secure as your home Internet network. Be cautious when using these free hotspots. Even the free public hotspots that require a password aren’t secure. These passwords are given at the counter to hundreds of people each day.

One tip to ensure your safety is to make sure you are using the correct hotspot. Some hackers create a Wi-Fi hotspot with a similar name in hopes to trick customers. A password manager is another good way to protect your information. These applications can securely hold your passwords without you having to worry about it.

But maybe one of best ways to boost your privacy is by using a VPN. Using a VPN in everyday situations is quite simple. Before using a public network, open up your VPN application of choice and turn it on. Once it’s on you’re protected. It’s really as simple as that.

What Are the Benefits of Using a VPN?

If you’re on the fence about using a VPN, understanding the benefits of VPNs might change your mind. The first benefit is enhanced security. VPNs safeguard your information from hackers and even government entities trying to spy on everything you do. While connecting to a public Wi-Fi network your real IP address will be safe from any potential threats.

Your information can be accessed from any location. A VPN takes advantage of this and allows you to access your own content if needed. This use of a VPN can increase productivity for you or your company. You can continue to be productive even from a remote location.

VPNs are affordable. You can even find free VPNs for most devices. There are many VPNs available to the public, and no matter what you’re looking for there should be one to fit your needs.

Because VPNs can make you look like you’re in a different place in the world, you can use these specific locations to find location-based deals on flights and hotels. You can also use a VPN to bypass local tax for streaming purchases online. VPNs can also be used for accessing and watching a TV show or sporting event that is only being broadcasted in another country.

What Are the Best VPNs Currently Available?

There are many VPNs on the market, so choosing one that is right for you could get confusing. This is a list of some of the best VPNs on the market. ExpressVPN is one of the best all-around VPN services currently available. It’s fast, runs on most platforms including Windows, Mac, Linux, Android, and even BlackBerry. It has enterprise-level encryption and servers in 94 different countries.

Another great VPN service is NordVPN, which is known as an extremely secure provider. NordVPN can support up to six connections, which is better than ExpressVPN’s 3. NordVPN also has over 5000 servers in more than 60 countries worldwide. NordVPN also has one of the highest encryption rates at 2048-bit.

IPVanish is another great choice for a VPN service. IPVanish has the most IP addresses out of the three VPN services discussed. It also has over one thousand servers spread out over 60 countries as well. It also supports the most connections at 10 and has outstanding download speeds perfect for torrenting and other P2P traffic.

There are other great VPN services such as CyberGhost, Windscribe, and Private Internet Access. With all of these outstanding VPN services available you can easily find a service right for you.

What Are the Disadvantages of VPNs?

The benefits of a VPN are incredible, but VPN services aren’t perfect and there are limitations one may run into while using one of these services. One of the obvious disadvantages one may notice is the connection speed. As the data is encrypted to secure your data there could be some lag in connection.

Another reason for this is the actual distance between the user and the actual server and VPN provider. If you choose a further location, the connection could suffer. A VPN may not be 100% anonymous. The VPN provider can actually view all your browsing history through its server. Some countries have completely banned VPN usage. These countries include Belarus, Iraq, North Korea, and Turkmenistan. Countries including China, Iran, Oman, Russia, Turkey, and United Arab Emirates have banned all VPNs besides certain government approved and controlled VPNs.

Cybersecurity is important. We need to take the proper precautions when it comes to protecting our data. A Virtual Private Network can help with many aspects of this defense. VPNs can be used for private or for company usage to discourage hackers from stealing your data. Although there are some disadvantages of a VPN, the benefits are outstanding. For an affordable monthly or yearly cost, your information can be safeguarded from would-be attackers.