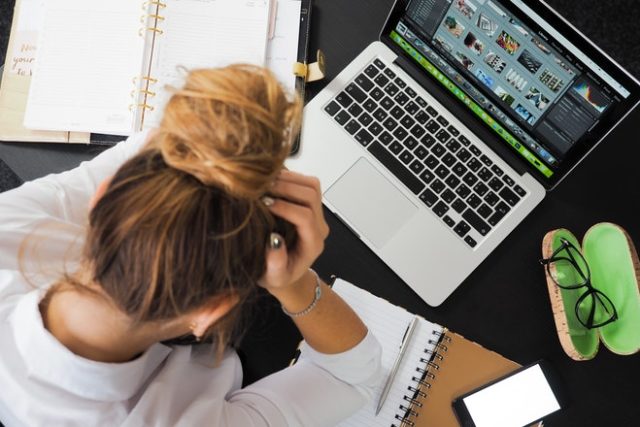 When we speak about bullying or violent treatment, we usually remember school or college, where this phenomenon seems to be more widespread. However, aggression has no age. Any adult can find that at work, which meets all the requirements, there is a toxic work environment. Here are a few signs of toxic workplace that may prove to be symptoms of a big problem, not an ordinary conflict of colleagues or strict management.

And we know that it is easier to cope with stressful situations with some technical aspects or software (like virus or Trojan on your PC). In the last case, you can use services like BestAntivirusPro to find the best antivirus solution. But when you face psychological pressure, you will need other instruments.

Toxic workplace is often cited as reasons for misleading practices, poor assistance, unpleasant customer care or poisonous snitch. Here checklist of toxic work environment that can assist you with distinguishing a harmful workplace early, so you can put everything in order.

One common form of bullying and harassment is “jokes,” which seem funny only to one side, and violate borders and humiliate another person. Jokes are often treated as a “grey zone” where you can say everything, just supposedly you need a “sufficient sense of humor.” In reality, a joke ceases to be harmless when another person becomes sick or tired because of it; when it humiliates and offends a person; when someone who is “joked” asks to stop, but others refuse to do this.

Of course, no one is immune from mistakes and from hurting others with a joke – the main thing is to be able to admit it in time and stop when everything goes further than others would like. If violent “jokes” or “pranks” in the office are repeated regularly, there is reason to think.

You are Discussed Behind Your Back All the Time

Gossip is a common thing much more often than you can imagine: according to some calculations, they can count from 60 to 90% of all conversations between people. Although they are seemingly harmless, they can also be a tool of pressure and humiliation: say, if the details of your personal life are as if under a microscope or you think that colleagues discuss you on every corner and laugh behind your back at every step or gesture you take, it can be a bad symptom.

Contrary to popular perceptions, harsh criticism is not the most effective tool for development. Often it leads to the opposite result than the one that you hope to achieve: instead of drawing useful conclusions, a person feels only resentment and humiliation. Of course, the office is a space where it is impossible to work without criticism, and constructive comments (as well as feedback in general) are needed to set up workflows.

The only question is how constructive it is to talk about shortcomings in other people’s company. For example, if the manager knows only one way to tell the subordinates about the mistake – to scream about the incident while insulting and humiliating them – likely, it is not a useful criticism. Of course, situations are different, and the calmest person can sometimes be angry and not restrained – but the atmosphere of constant aggression is unlikely to be comfortable for work.

You’re Stressed All the Time

It is strange to deny that many of us live in an environment of frequent (or generally constant) stress: it is facilitated by both the rhythm of life and the environment of big cities. However, stress can also be explicitly caused by the situation in the office: if thoughts about work cause anxiety, fear, or despair, it may be worth assessing relations with colleagues more closely. Look at not the most visible signs of stress, such as sleep problems, irritability, or constant headaches. We do not call for self-diagnosis (especially since these signs may indicate other conditions or be caused by very different reasons). Still, it is worth being more attentive to yourself.

You Feel Excluded from the Collective

Another common form of harassment and bullying is isolation, such as a school boycott, when the victim is pushed out of the group and forced to remain alone. Similar things can happen among adults. Yes, cases are different, and the fact that someone does not fit into the collective can be explained by something else: for example, beginners may be lonely for the first time – or a particular person may not have common interests with colleagues.

But loneliness can also be a sign of harassment, for example, when a person is deliberately excluded from general affairs or simply ignored. The American Workplace Bullying Institute, which explores workplace harassment, points to another worrying sign. If there is a person in your office who directly or indirectly prohibits others from communicating with another, it may be something larger than a “common” conflict.

Your Complaints are Ignored

One recommendation for those who have decided to fight aggression in the workplace is to try to resolve the issue officially by contacting the manager or personnel service. Unfortunately, the reaction can be very different. For example, instead of fighting the problem, the HR manager can recommend solving it by yourself with your colleagues. Also, your colleagues and the leader can agree that the situation is unacceptable but do not take any measures to change it and stop the aggression.

The same applies to responding to specific requests – for example, if you ask to exclude your working interaction with a person who humiliates you and to pair you with another colleague, but for an unknown reason you are denied, there is reason to wonder what is going on. Perhaps you should pay attention to other organizations where you will be treated with respect.

You are Being Blocked from Work

One frequent sign of harassment (or at least an aggressive atmosphere) in the office is a situation where the victim is deliberately prevented from working. For example, if the person is not informed about the necessary thing, overloaded with tasks (unless, of course, it is about the usual level of workload for such a position), given knowingly impossible or, on the contrary, meaningless tasks that have nothing to do with what a person is actually doing.

Remember that in a situation where you are toxic in the workplace, experts advise not to close yourself, but to look for allies – it may be that other people feel the same or subjected to the same violent treatment. Carefully document and collect evidence that you are treated unacceptably – they can be useful if you decide to fight injustice by more severe methods. Do not be afraid to ask for help – from psychological (WHO considers harassment a threat to physical and mental health) to physical (for example, to talk to the personnel service or the manager about the actions of colleagues).