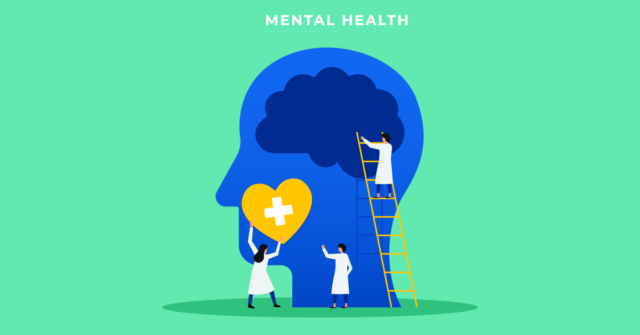 Serious conversations about how we support people with mental health problems are long overdue. The COVID-19 pandemic has made them unavoidable. Many charities working in the area are hoping that this will lead to long-term change, but one thing is certain; mental health professionals are needed now more than ever. These are some of the main reasons why.

Support on the front lines

Dealing with the immediate impact of the pandemic has placed more strain on frontline health and care professionals than at any time since the flu of 1918 killed millions across the world.

The long hours and constant pressure to do overtime would be damaging enough, especially in physically demanding roles, but the emotional strain of losing large numbers of patients and a significant number of colleagues has compounded that.

As a result, an increasing number of frontline staff have been reaching crisis point. Mental health support has been needed on an urgent basis in order to help them keep going and cope with what they’ve seen. Without it, they are not only at risk in the short term, but they also face a danger of developing complex PTSD.

The pressures of quarantine

For most people, living in isolation, even for relatively short periods, is difficult to cope with. It can make pre-existing mental illnesses harder to control and trigger the development of new ones.

People spending all their time at home in situations where there is family discord are also vulnerable, and there has been a worrying increase in domestic abuse, which can also do long term psychological damage.

Many people no longer have access to their usual support networks or coping mechanisms. Many mental health professionals have been going online to offer counselling to those who cannot access help in person due to infection control rules.

An increase in bereavement

Bereavement is one of the major triggers of mental health breakdowns in older people and its effects are often much more severe when the affected person loses several people who are close to them – something that is currently a lot more common than it used to be.

The average psych NP salary is pretty high these days but many people move into the profession because their personal experience of grief gives them an insight into how hard this can be.

Providing intensive one to one support early on in the grieving process can make a big difference to long-term outcomes, helping people to get through the initial crisis and have a healthier longer-term outlook on life.

Each of the above phenomena has played its part in contributing to escalating roles of drug and alcohol abuse. It’s proving difficult to combat, but in the long term, a significant increase in addiction management facilities is going to be needed, with more staff available to help those who can’t kick the habit on their own.

The experience of addiction and its social impacts in Europe after the First World War makes it clear that this problem will do much more widespread and lasting damage if it is not properly addressed.

Never in our lifetimes have mental health professionals been so badly needed. Could you be one of them?