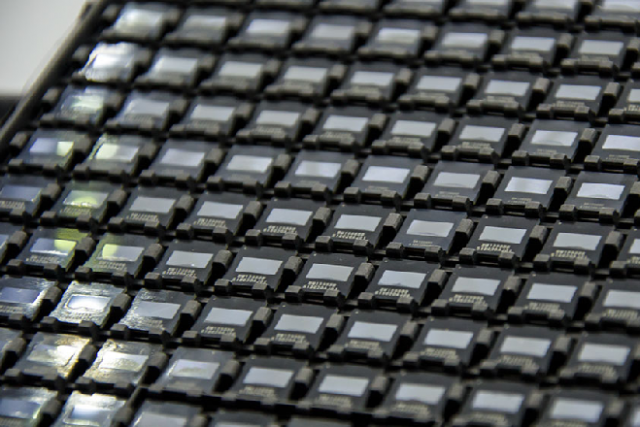 In 2021, the semiconductor industry’s chip shortage will sweep the world and spread to the scope. Until now, the shortage of memory chips, power management chips, and automotive chips has become more and more serious, directly affecting the downstream innovative terminal industries such as automobiles, home appliances, and smartphones. Thus, the continuous shortage of global chips has evolved into the biggest problem facing the manufacturing industry.

Because of the sudden rise in Bitcoin?

It can be said that Bitcoin has driven the demand for ASIC chips. However, the production of dedicated chips for miners is of lower priority for the fab. Due to the unstable demand for mining chips, mining chips are generally not prioritized. How much capacity can this have?

Or is it because of the popularity of IoT? Or is it an epidemic?

French Clement Juglar once said that “the only cause of depression is prosperity.” Looking back at the development of the chip industry, the same boom and bust cycle pattern will repeat itself in four or five years.

In fact, the semiconductor industry has been working hard in predicting demand, which means that chip shortages occur regularly every few years. Although a large amount of economic data is available, the law of continued prosperity or depression in the market is still difficult to grasp.

How long will this chip shortage trend last? Can we trust the prediction of a long-term shortage?

Last year, the SIA2020 mid-year report in the United States stated that “following the record sales of $468.8 billion in 2018, global sales in 2019 fell by 12% to $412.3 billion.” SIA said that due to the impact of the new crown epidemic, this year’s revenue would show a slight increase. But this year, the chip market is picking up, and the monthly growth of chip revenue by 26% and above year-on-year is not moderate. The semiconductor industry predicts that there will be a long-term shortage of chips with the prosperity of chip revenue in 2021.

However, this forecast may be as unreliable as the previous forecast because it is difficult to figure out the actual chip demand.

It’s harder in times of shortage because customers are double and triple ordering and trying to obtain supply by any means possible. It was difficult for small companies to enter the semiconductor industry chain of big brands in the past. And now manufacturers don’t pick chips anymore. As long as there are chips and the chip functions are okay, they can enter the supply chain of major manufacturers.

But this will cause a certain degree of false demand, and once the supply increases, this false demand will disappear. Therefore, it is difficult to unravel the actual chip requirements.

The real reason for the chip shortage.

This is a big problem for chip manufacturers to understand the actual demand. Because it takes at least six months to make a chip, and once it starts, it cannot be stopped. And the chip factory must be run at close to full load. Otherwise, operating costs are unacceptable.

And because the scale of the chip factory continues to expand, in terms of the largest wafer size and the smallest chip feature size, one of today’s most advanced factories can produce a large number of chip fabs that exceed the older generation.

The economy of the chip industry requires that chip factories continue to produce chips at close to total capacity. Therefore, the production line must not be slowed down due to declining demand, and chips must continue to be produced.

The only way for chip companies to cut production is not to build new multi-billion-dollar fabs.

The above is the reason why we have a shortage of chips again.

This shows that the chip industry is vital to the health of the entire technology industry and almost all other industries.

Be wary of excess inventory.

As we all know, the production of chips is postponed, which means that if there is no control, then chip production is destined to have a surplus-high profit, prompting manufacturers to continue to expand their scale to seize more markets.

The global chip shortage has brought about a crisis, which has allowed chip profits to grow, which has prompted chip manufacturers to increase their efforts. However, they will experience chip relaxation, and finally, excessive chip inventory, which has led to substantial price reductions. For small and medium-sized enterprises, This is undoubtedly a fatal blow.

We must know that the profit of chips is at a record high. The shortage of chips is temporary, but it brings global fluctuations. If it is not controlled, it will lead to excess inventory and bring more long-term harm.