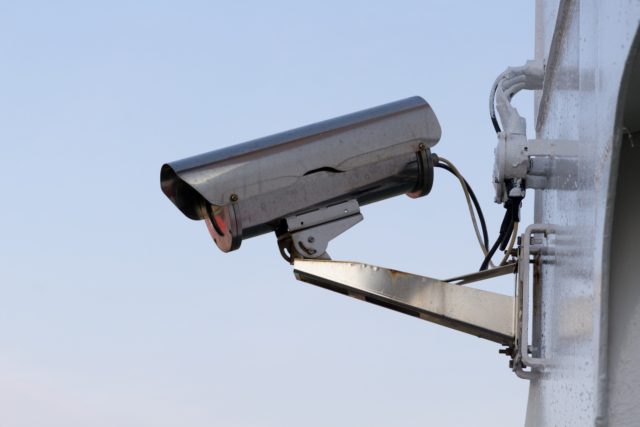 Findings from the Home Office’s 2016 commercial victimisation survey show that wholesale and retail premises are the most at risk, with 13,426 incidents of crime per 1,000 premises. 37% of all businesses in that industry was a victim of crime in 2016. Most of the crimes were committed by customers. Although there were a relatively small 4,660 incidents of crime per 1000 art, entertainment & recreation premises – 45% of businesses were targeted. That isn’t including cyber-crime.

Once a premises has been targeted once –  then in the wholesale and retail industry – that premises experienced an average of 36 incidents a year. There has been a significant fall in the number of crimes committed by employees – with two incidents per victim, a fall from 13 in 2012. Having good CCTV systems can help stop these repeat crimes.

Why to update your camera security

It’s also a good indication if you have been robbed to look at and update your security system, rather than writing it off as a waste of time and money. If the crime is stopped – then it potentially stops another 35 incidents. The problem with good security is that when it works – you don’t see the benefits. You don’t see the crimes that didn’t happen because of the measures in place. You will notice if you are a consistent victim of crime.

It may be easy to write off and claim that the number of crimes that occur doesn’t justify the amount you spend on a good security system. That may be a false economy. There has been an increase in shoplifting high-value items – with the median average cost increasing from £237 in 2012 to £500 in 2016. Given that the cost of maintaining a good security system – especially one managed by a third party isn’t as much as installing one – the initial cost can be mitigated over a short time frame – and it will save money in the long run.

A quarter of businesses don’t have camera security

When surveyed, the most common security measure was to have protected windows and doors, at approximately 85%. Other outdoor measures such as walls and barbed wire were between 75% and 80%, but stock protection measures like CCTV ranged between 69% and 75% depending on the industry.  That means that more than a quarter of businesses don’t have CCTV systems.

CCTV isn’t just a way to prevent crime – it’s a way to detect crime as it’s happening and a device that can provide legal evidence if a crime has happened. Tied into other security devices, like motion sensors, it can effectively deter criminals who can see they are being watched. Given the proportion of businesses that are the victims of crime, repeatedly, it seems backward thinking that such a large proportion aren’t covered by security cameras.

CCTV systems – a protection against threats

The highest proportion of all crime in small businesses (less than 49 employees) was burglary, while the highest in businesses with more than 50 employees was assaults and threats – with 35% of business premises facing this threat. In the first instance, cameras are a good deterrent against this behavior, as people who are caught in the heat of the moment often calm down when they realize their activity is being recorded.

With a third of all large business premises facing threats and assaults, the importance of installing a CCTV system that records clear images and sounds in order to bring about prosecution cannot be underestimated. It’s no longer about protecting property, it’s also about protecting your staff and their morale. Your employees want to know they are secure.

In the 2017 ‘The cyber threat to UK Business’ report, the National Crime Agency gave advice on how business should fight back against this threat, within their advice was ‘consideration given to good security design’ and to trust ‘security services contracted out to third party providers.’ As well as technology, people were a second biggest challenge for business – and monitoring your premises with security cameras can help track people who may put your business at risk, and protect the reputations of your loyal staff.

Security cameras can’t just protect commercial businesses against physical crime, they can also protect against people installing keyloggers, cloning hard drives and doing other things that allow people access to your computer systems. Security systems controlled by a third party are often more secure, as they do not allow people inside your company to access the security systems – one of the reasons crime by employees fell by over 90% since 2012.

CCTV systems should be part of every security system. For some businesses, the idea of a camera is way behind having secure locks and doors. There is also the hassle of maintaining and monitoring security devices. Although it may seem like a camera is less of a security measure than a strong door – a string door won’t be able to present evidence to the police, record bad behavior or monitor staff and customer behavior. Security cameras need to be up to date, placed in the right positions and, when possible, controlled by an expert third party.